Understanding the Exit in Wingsuit BASE Jumping

When beginning BASE, you jump head-high, but as a wingsuit pilot you must push out horizontally and adjust the Angle of Attack for a good start.

During these first few seconds there are only limited possibilities to control the wingsuit because of the lack of airspeed, yet the object is at its closest. The other parts of a jump can be trained repeatedly in skydiving, which is four to eight times less dangerous than BASE-Jumping.

This article is an attempt to create a concept for the exit with a wingsuit in BASE jumping. Its aim is to fly as soon as possible, so the base jumper controls the wingsuit and gains distance from the object as soon as feasible.

The Stance for a Double-Leg-Jump is considered to be more stable and more powerful than a Single-Leg-Jump. Pushing off the cliff with a walking stance could produce a sideward rotation during falling and more power is available from two legs.

But there is no wrong answer here. The critical part is to maintain a symmetric and balanced position for the first seconds of the exit, and to push off of the vertical or inclined face of the object (not the level top).  While two-footed exits are more powerful, one-footed exits provide some forward momentum, and may be necessary in certain situations due to the shape or size of the exit point. Being capable of and comfortable with both styles will make you a safer and more versatile jumper.

Find stable footing with a vertical side you can push off. Let the tips of your shoes reach over the edge. This makes it possible not to waste any power of your push into friction on the horizontal surface. You can push off the vertical wall directly, because your shoe tips will rotate around the edge, just like the function of start-blocks in running or swimming sports.

The 3 Phases of Exit

Phase 1 – Lean forward, push out and stop the rotation on point

During falling the trajectory and control inputs are ballistic, poorly aerodynamic. The focus is on the push and controlling the forward rotation speed. The rotation should be stopped at a pitch of -45° just when the airspeed is minimum speed.

1. Crouch down, but just for a moment

Crouch down, but just for a moment. Stretching a muscle (<0,25sec) before its contraction will set more explosive power free, so you will have the most pushing power. The type of jump is a Counter-Movement-Jump.

Lean forward, tip over. A rotation momentum is created, the rotation axis is under your feet (1st class lever). The lower you have crouched down, the smaller is this momentum.

3. Push strongly horizontally with both feet

Push strongly horizontally with both of your feet (straighten your legs completely). Your hips indicate the movement of a back-flip. Your ballistic trajectory will be influenced a lot! In freefall/ flying the rotation axis is in your center of gravity (2nd class lever). To slow down the primary momentum you can use the moment of inertia by straightening the legs (like a ballerina during a pirouette, who holds out one leg to slow down). By indicating a backflip-motion you can shift your rotation axis backwards. This creates a converse momentum, which also slows down the momentum created by tipping over.

4. Tension the arm wing, but not yet the leg wing

Forget: “Eyes on the horizon!”

The result depends on the pushing-power and direction. The first part of your flight, and glide path, is strongly influenced by your exit push. The push is highly relevant to your start arc, which is relevant to terrain separation.

Analyze the GPS data: If during the first moments your ground speed is greater than your vertical speed, you probably did a strong horizontal push. The further apart those two graphs are, the better.

For maximum distance from the object the first phase should always be the same – no matter what the aim of your jump is. You can have great race results without exiting head-down. Furthermore, doing always the same movement will train your muscle memory and coordination better.

This illustration above shows the effect of the second second phase (the first phase remains the same). In the beginning of the second phase the wingsuit starts flying with minimum airspeed (as the start ‘stall’ transitions to glide)… and continues to accelerate during this phase: Tension your leg wing, the pitch is constantly -45°, while the AOA (Angle of Attack) decreases. To have a short exit, reduce the second phase (around 0.5 to 1.5 seconds) and fly near to best-glide. For a race exit the second phase is maintained (around 5–10 secs).

The illustration above shows two common types of race exits. Conversely, exiting head-down means that your AOA is smaller so you will have to accelerate more vertically to accelerate ground speed. Your airspeed might accelerate faster, your ground speed won’t necessarily. Races are about ground speed!

In the beginning of the third phase the wingsuit is flying with maximum acceleration. The acceleration decreases during this phase until the airspeed is constant (the end of third phase). The pitch is getting smaller, while the AOA remains the same. During all three phases the wingsuit is gaining speed. This leads to conversion of energy (height into speed). Producing induced drag (eg, lots of strong control inputs, poor body position, et) means to convert some of the height-energy into drag, not into speed. For the same airspeed you will need more height. The conversion of height into speed is finished, when the airspeed is constant (and so is the glide ratio).

Aerodynamic Definition of the 3 Phases

For the aerodynamic nerds amongst us…

In the beginning of your BASE jumping career, you learn to jump head-high. But as a wingsuit pilot you push out horizontally and adjust airspeed, pitch, and AOA for opening performance.

Reflect and overwrite your muscle memory.

Learning to lean forward and push out may feel foreign at first. Visualize its effectiveness and focus on the benefits of it. Remember that this technique prevents the pendular swing to a too-head-down attitude.

Your ‘Start-Arc’ is where your glide path crosses a 45° reference line from the exit. At this intersection you are as far away from the wall as you have lost height. But caution – the speed is not included! The Start-Arc itself is not a total measurement of exit performance. It is important to take total speed into consideration and view the start arc data in this context.

Jumped by Lino Oehl with a Colugo 3 and a constant first phase. The second phase has in both cases a constant pitch of -45°, but is kept for a short exit very shortly and for a race for longer. 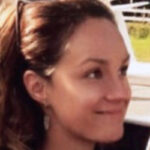