The company Fluid Wings was formed in 2011, specialising in building unique ram-air wings. Their specialists are blurring the lines between parachuting, speed flying, and paragliding. The owners moved their focus on skydiving canopies in 2013, working on both high performance and basic canopies. The anticipation is to produce a whole line of wings for all types of flight. They have been focusing on a new canopy, which is now ready for pre-order. It is called the Prime.

The Fluid Prime is a basic, no-fuss canopy. But it is not boring, still fun to fly, and is easy to pack. It is a 9-cell hybrid canopy with good glide optimized for predictable deployments. The canopy has a progressive control range, which gives the fun factor; it has spice! Flares are easy, responsive, smooth and with direct handling. When the canopy is stalled it is very easily controlled and managed.

The canopy is build to enjoy flying. Fluid Wings kept their focus on the Prime, built for someone who is newer in the sport, unconventional skydivers, big-way jumpers who still want fun under canopy, wingsuit pilots and more. This parachute is ideal for someone who doesn’t want to give too much focus on the canopy and wants nice reliable, predictable flight.

The Prime is constructed of a combination of zero-­porosity and low porosity nylon; it comes with vectran lines and soft links. The Prime will be built in sizes from 150-190 sq. ft. and stock colors initially, with further options to follow later. Prices are posted on the Fluid Wings website. There are some demo canopies ready to be tested by curious skydivers.

The Prime comes with Low Bulk fabric as an option. This fabric packs one size smaller then the normal pack volume; this should excite all the jumpers who want smaller containers. Plus new jumpers just learning to wrangle nylon will be especially appreciative! 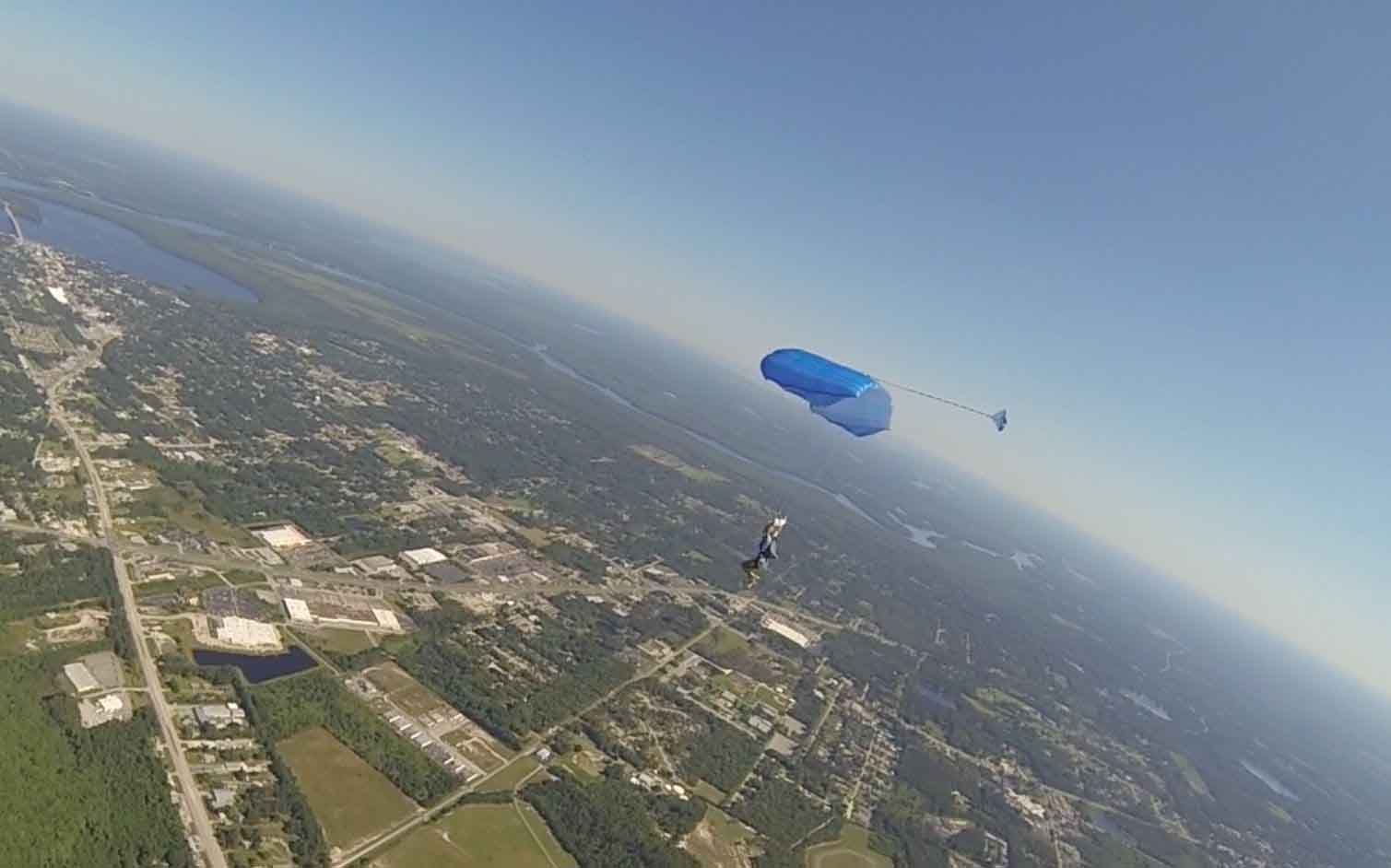 Fluid Wings is billed as ‘a new kind of parachute company for a new kind of flyer’. It sprang from the love of all forms of human-powered flight and is fueled by an engineering-based approach to innovation. Fluid Wings is headquartered in Deland, Florida. The owners of the company are Scott Roberts, Kevin Hintze and Shane Shafer.

The Prime is responsive and playful, while still being easy to manage. It has a good glide for those long spots, with a nice strong flare for tip-toe landings

Scott Roberts has a masters degree in engineering; he has been competing internationally for the last 10 years. He has been behind creating several gear-related items such as a version of RDS (removable deployment systems), and semi-stowless bags. He brings his technical mind to the team and specializes in CFD analysis (CFD – computational fluid dynamics) and production of the model to develop patterns and lines for the wings.

Shane Shafer grew up around skydiving; his father is DZO at Skydive Palatka in Florida. He has a strong computer and machine fabrication background and loves to tinker. In addition to a lot of sewing he is responsible for company’s computer system and is the primary test jumper. In Dubai 2011, he competed for USA and came 12th in overall canopy piloting.

Kevin Hintze comes to skydiving from paragliding. He has been flying paragliders since he was 16. He is perhaps the best known as an elite paragliding and speed flying instructor. He has been part of development of speed wings, and paragliders with several manufacturers over the years. He is nationally recognized for his knowledge in ram-air flight and teaching. Kevin brings a wealth of real world aerodynamics and testing knowledge to the team.

Sales are directly through Fluid Wings until a dealer network is organized. Interested dealers are encouraged to get in touch. I have been informed that new Fluid Wings t-shirts are also available on the Fluid Wings website, get your hands on them before your friends do.

Well, this is all for now, I am sure you all are excited as I am to hear more views from individual skydivers about this canopy after they have demoed or used the canopy for a while.