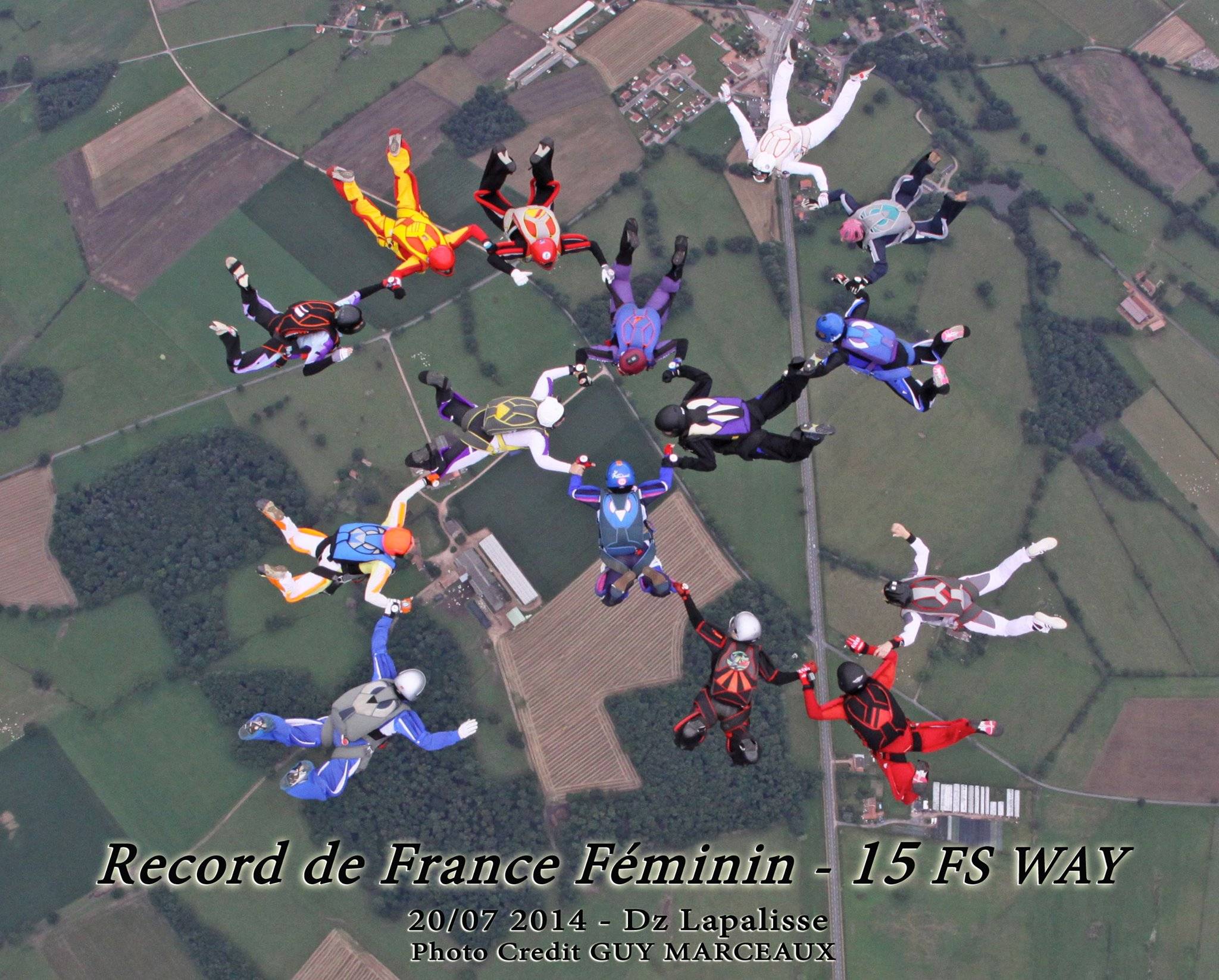 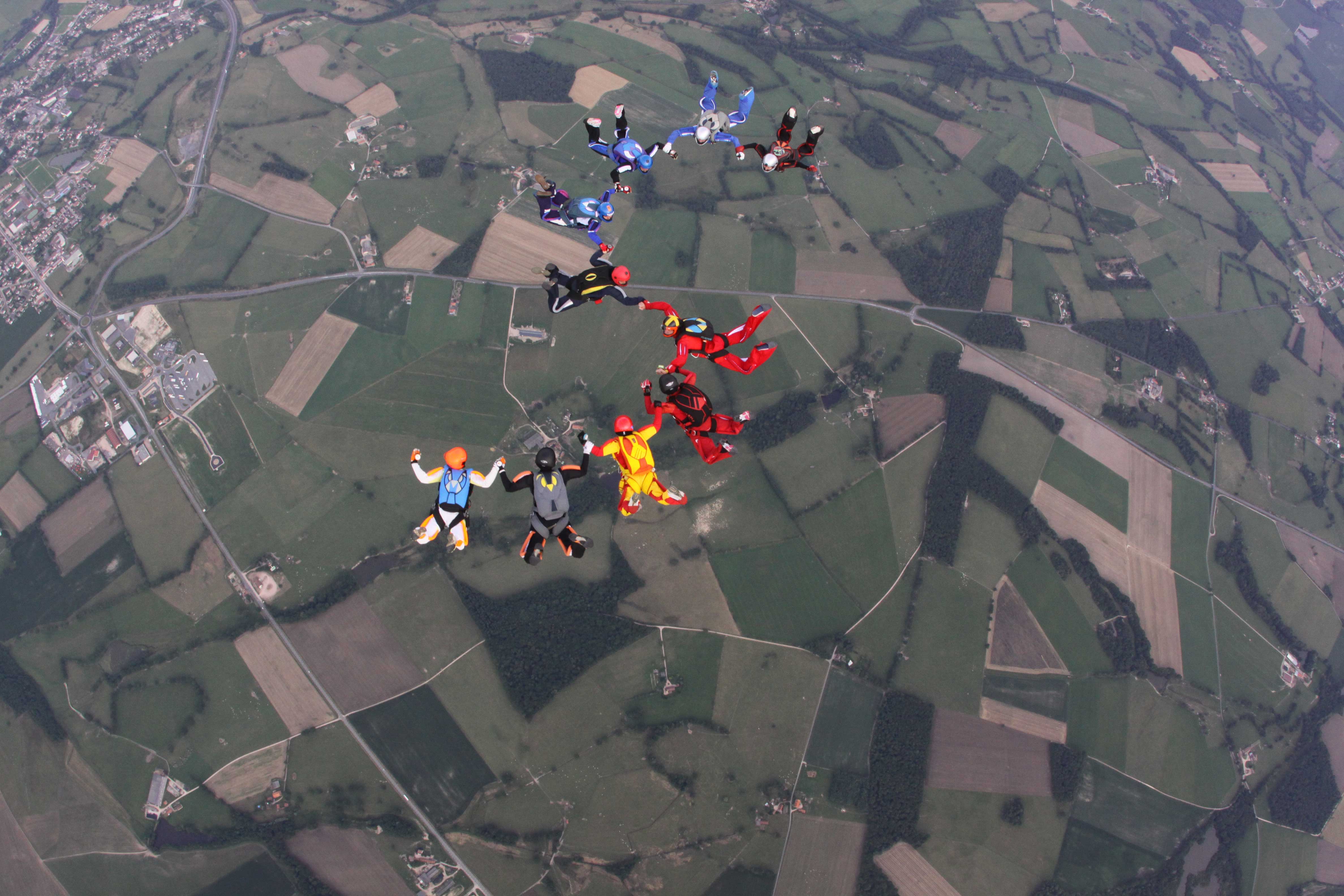 It’s Raining Records for POPS in France! 100 years after the first jump of a French female and, for the 10th birthday of the French women’s team ‘Libellules POPS’, 11 women of the Club ‘POPS France’ registered the first French Record… AND a new Women’s World POPS Record in FS sequential with 2 points 11-way.

Furthermore, with the reinforcement of some talented lady freeflyers and promising young women in FS, the first French female FS record was registered with a beautiful 15-way formation.

And, the cherry on top, at 7pm, the team and Polo Grisoni, made an ‘S’ for ‘Skin’ in the skies above Lapalisse. The ‘Skin’ association helps the women affected by breast cancer and, this year was partner of the Feminine National Gathering, organized by the French Federation of Parachuting to Lapalisse. 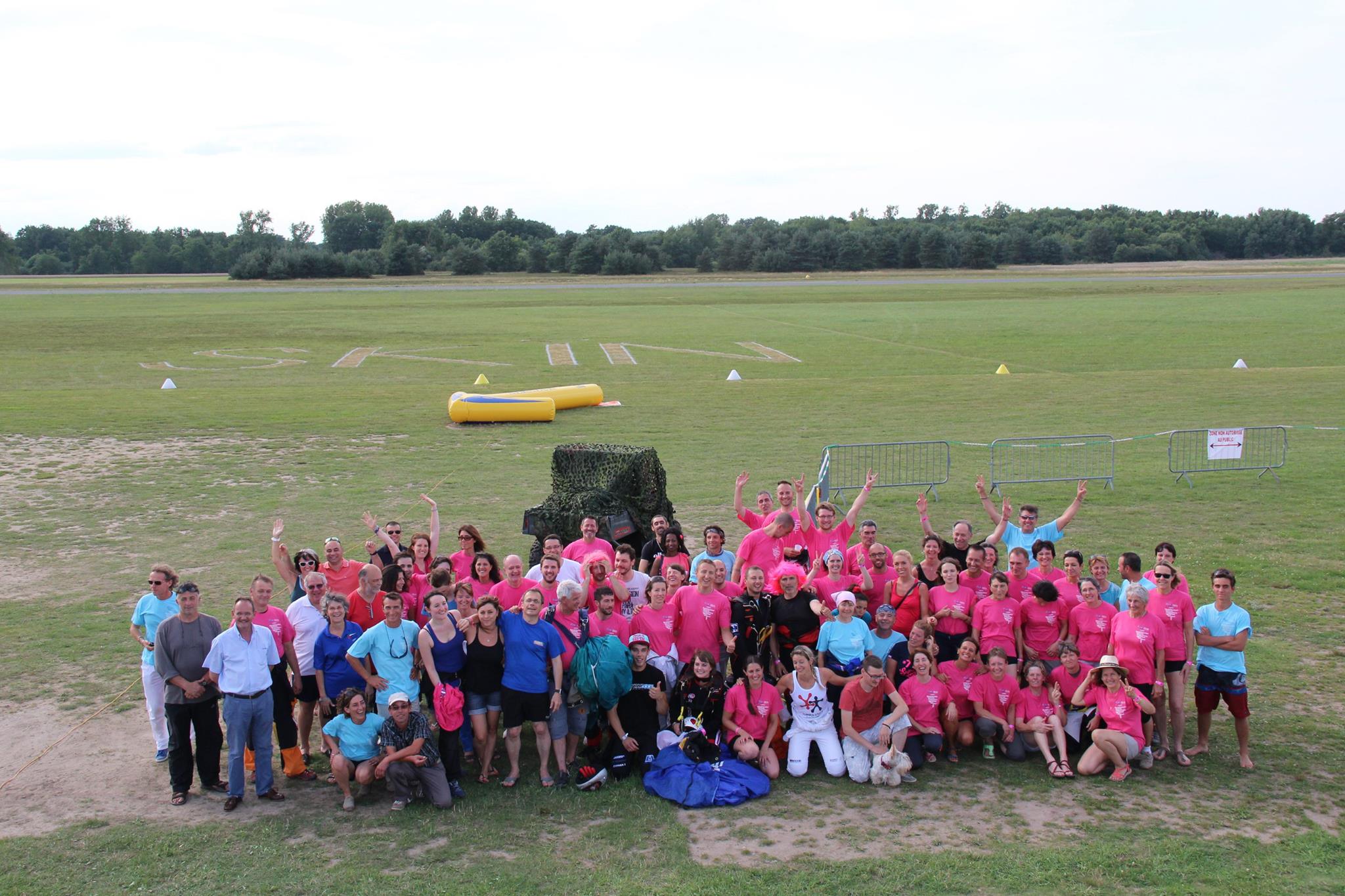 This beautiful adventure began at the end of May when Claude Daviet, Operations Manager of DZ Lapalisse, asked me to organize a women’s POPS record during July 19-20th, 2014. He provided us with a lovely Casa plane and coach, Polo Grisoni. It was an unmissable occasion!

However, the record very nearly did not happen. Recruitment was difficult due to the lack of communication from the Federation. We only had 2 days to skydive, which was difficult to justify the travel, even for our European neighbours. The weather forecasts were bad so even some who registered did not make the journey…

Luckily, because of years of experience, the hard core of the POPS ignored the forecast and came anyway. Indeed this was fortunate because in the morning, the weather gods smiled on us and the results followed.

However, France has numerous high-level women in FS and we would have hoped for a bigger number. Previously, in 1992 during the Women’s World Record in FS, a 100-way established in Le Luc, the team contained 26 French ladies.

But, it was necessary to open the door … These first two records are on the table and now ask to be beaten … 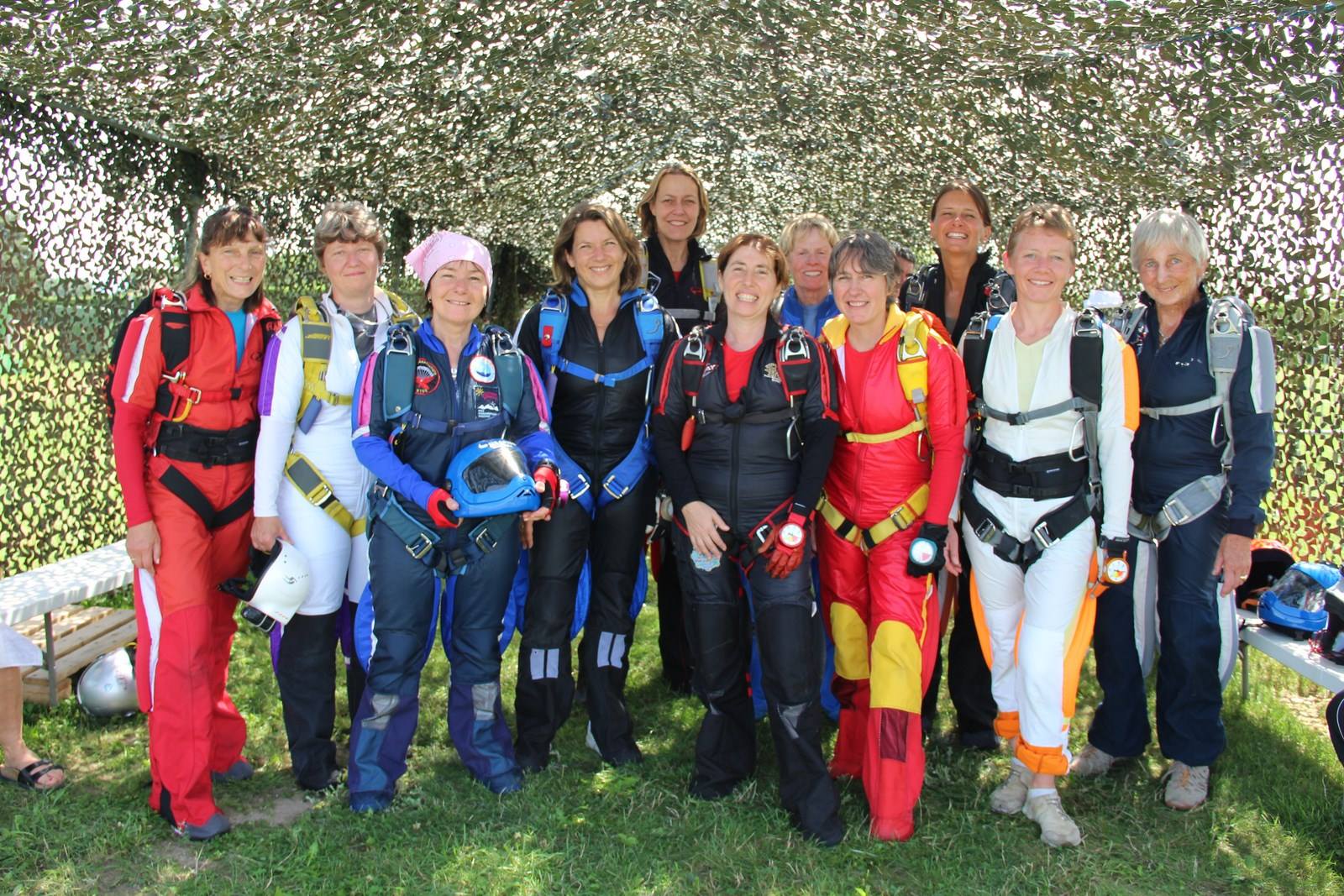 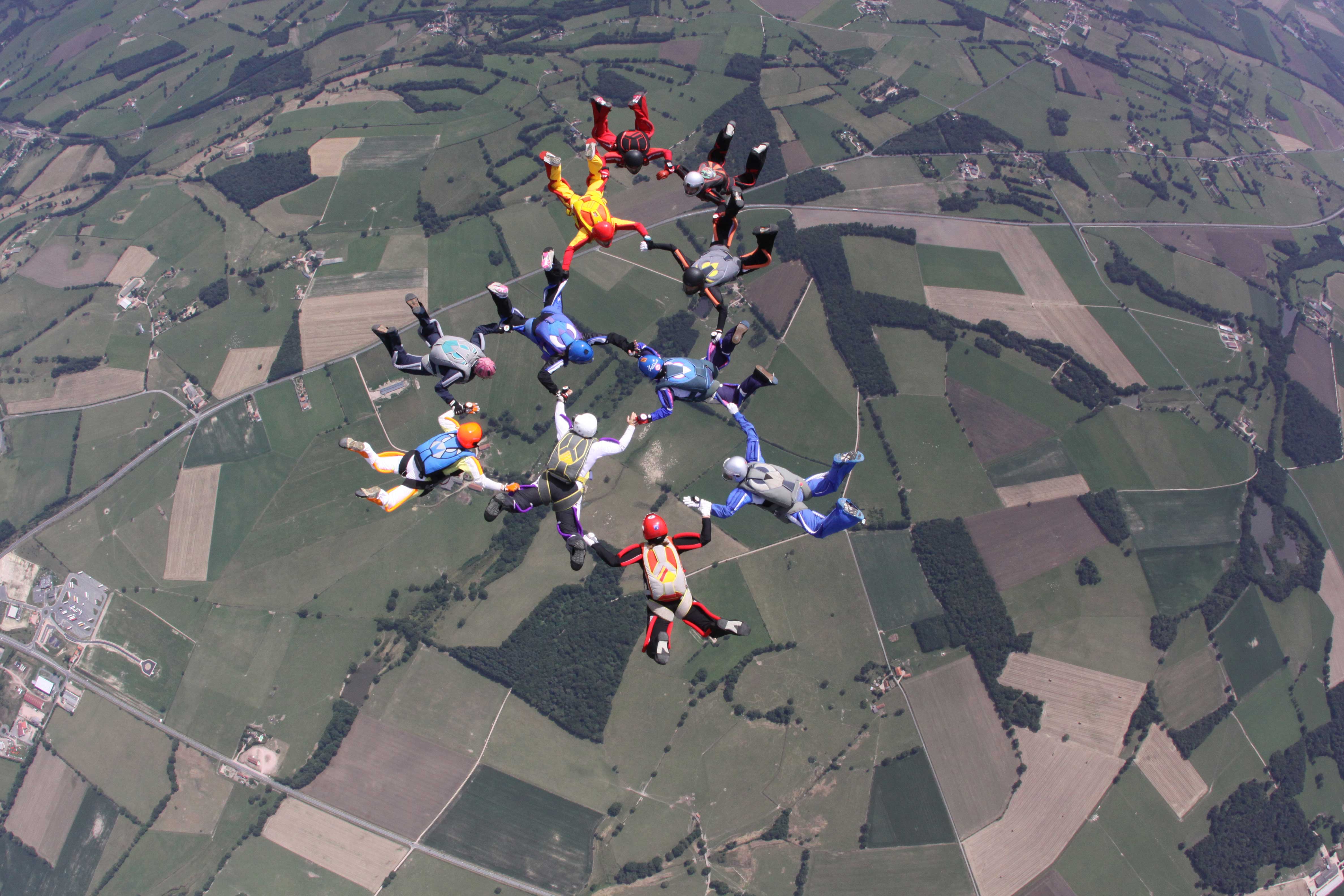 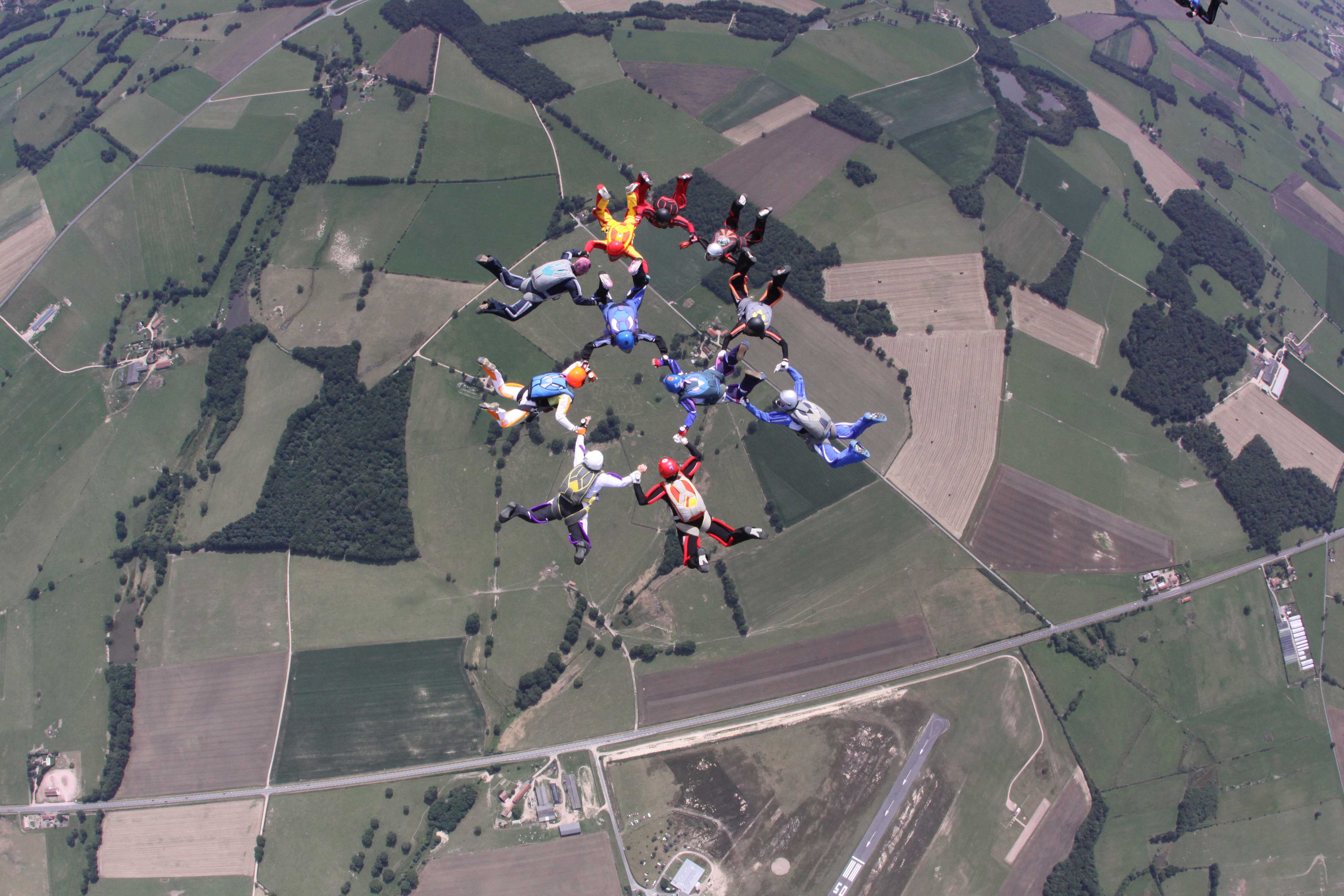 As regards POPS Records, the pool is certainly more restricted. But it exists and has a good technical level also. I do not despair! With the help of our American POPS Records Administrator, Alicia Moorehead, and of our European friends, we will form a team to establish a new Women’s World Record FS POPS, which stands at 23 since 2001.

History of Female Records in France