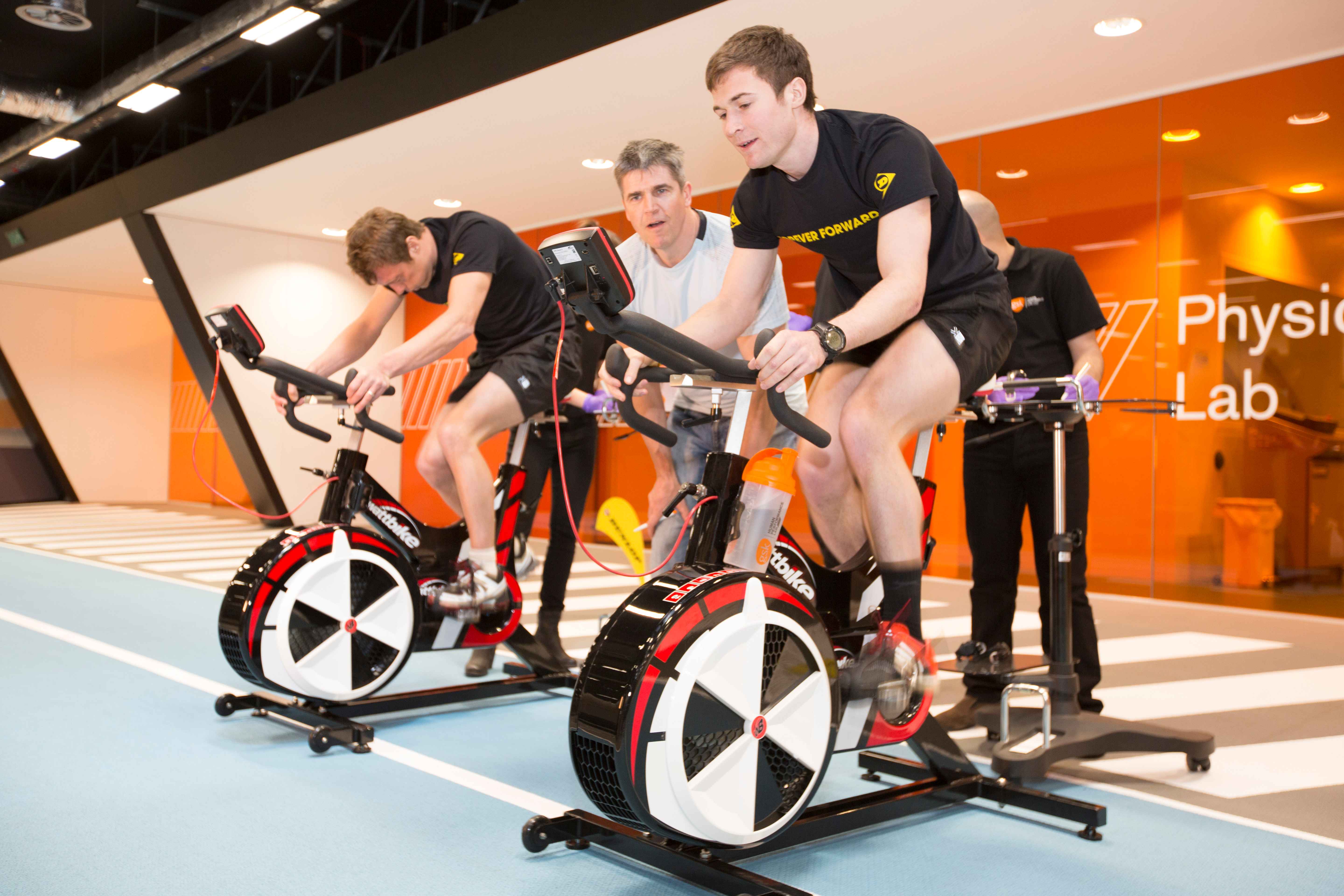 Can you perform in that one moment that decides everything? A new cognitive test has been developed with University College London to see how well people perform under pressure The study revealed how an instinctive part of the brain performs 82% faster in sportspeople under intense pressure.

A gruelling series of physical and mental tests commissioned by Dunlop Tyres in partnership with University College London’s Professor Vincent Walsh, showed that extreme sportspeople performed substantially better than members of the public in tests requiring the Parietal Cortex, one of the key areas of the brain that controls how fast your reactions are. 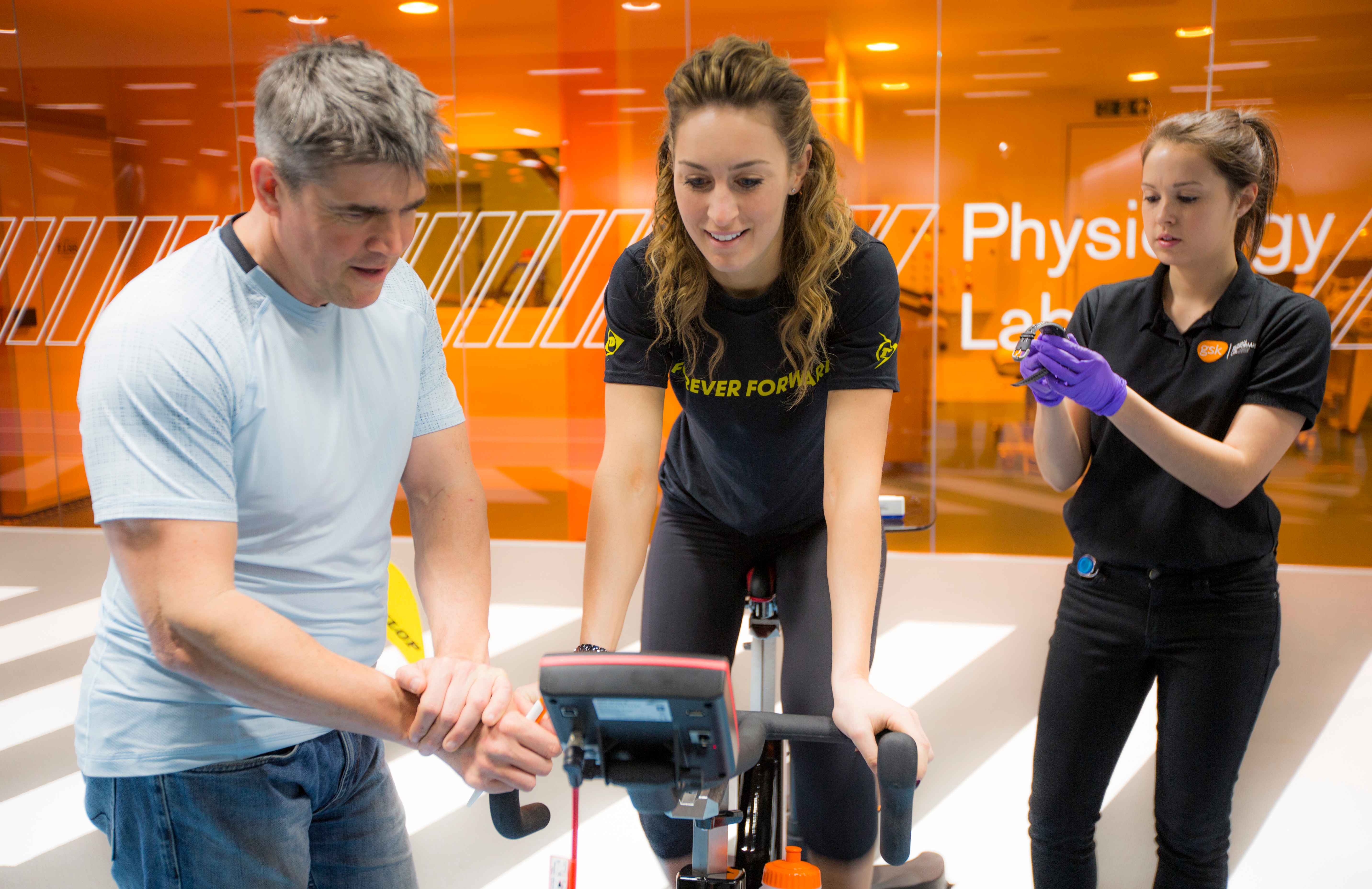 Dunlop designed the study to find out how important mental performance is when coping with high-pressure conditions, whether they are everyday challenges or dangerous adrenaline fuelled situations. The study had five professional extreme athletes and five members of the public performing a series of tasks under a variety of external mental and physical pressures. 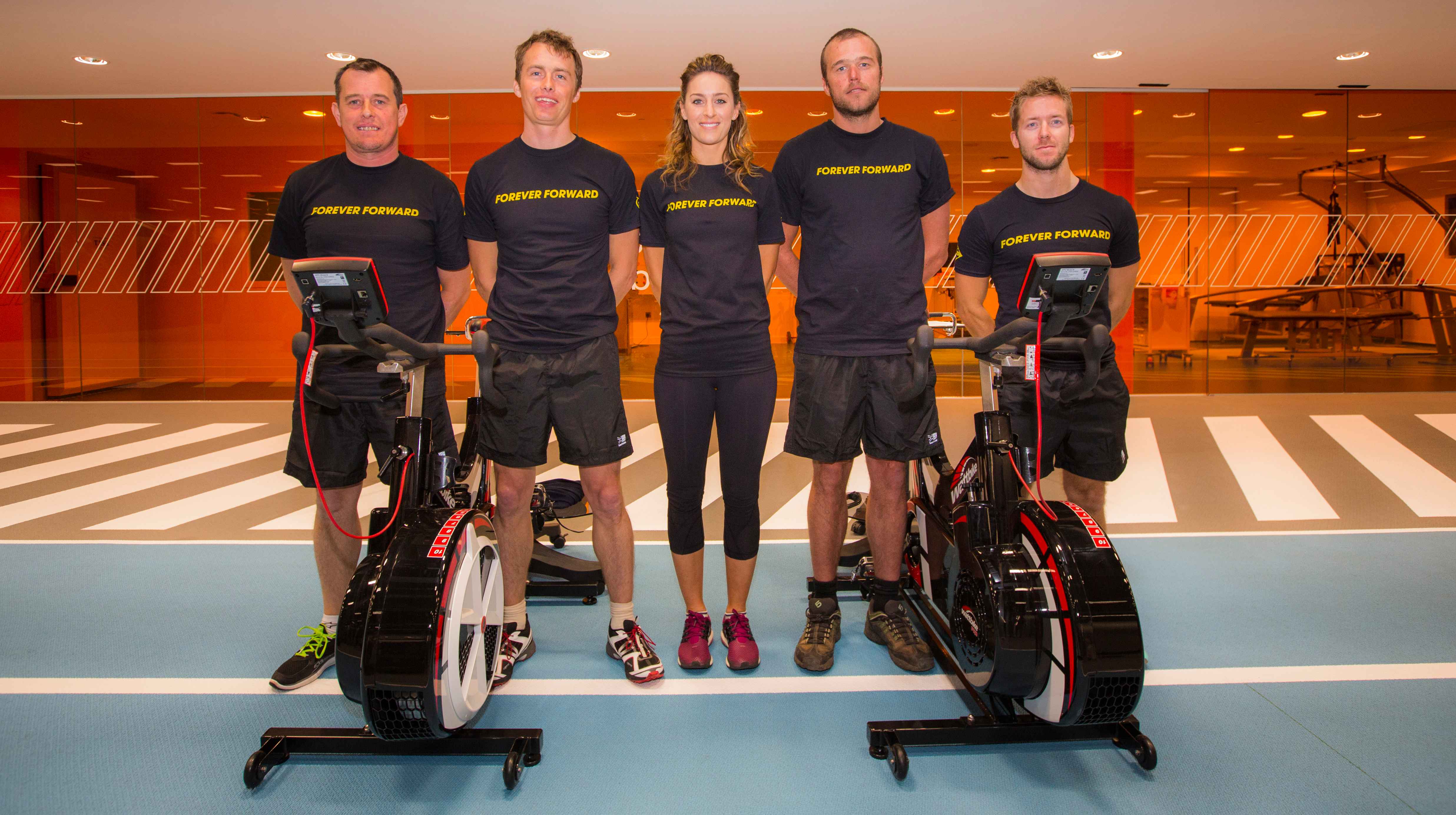 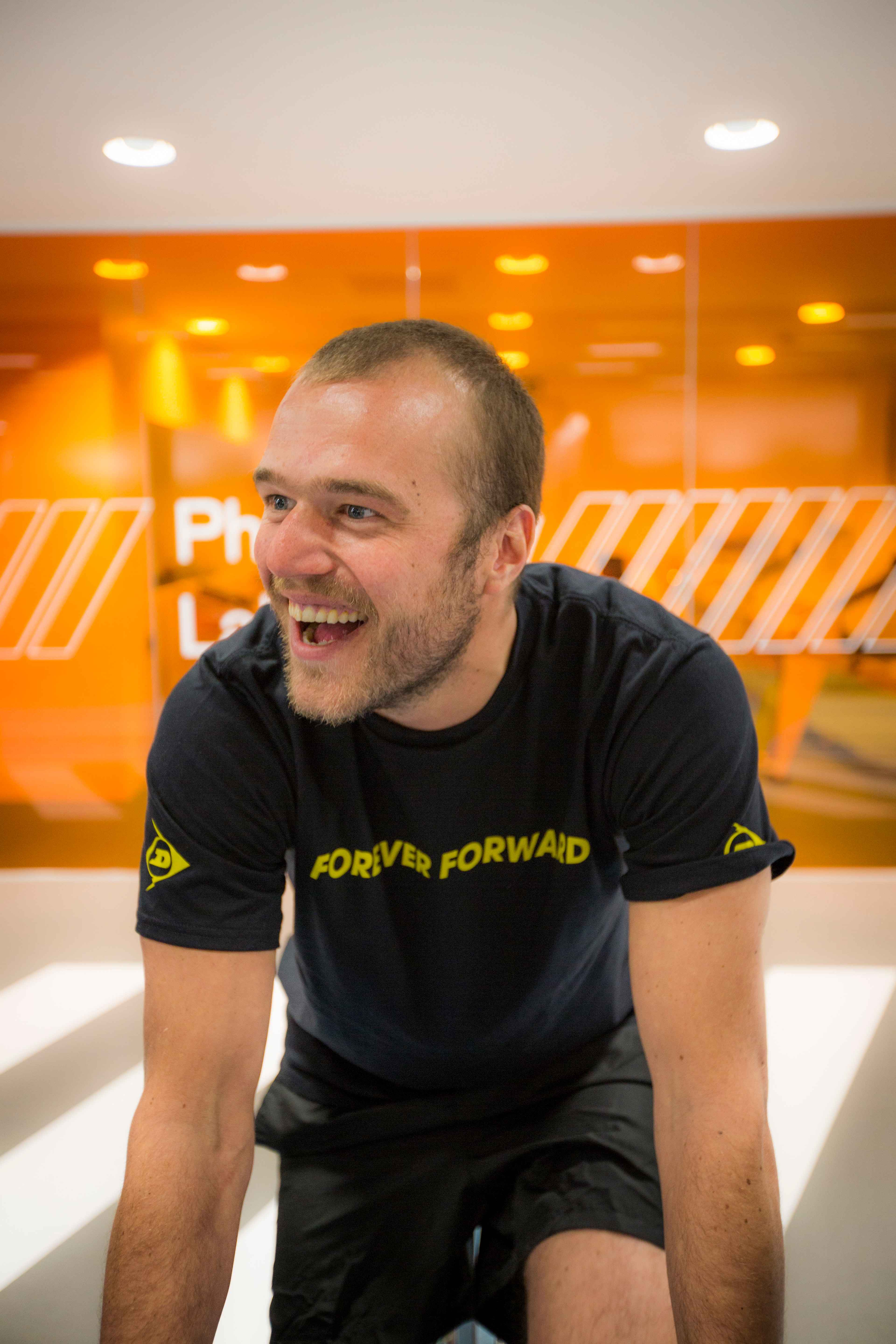 The study revealed an exceptional advantage for the extreme sportspeople. In a timed visual task that required the participants to react quickly to identify a series of shapes and patterns after being placed under physical pressure, they were 82% quicker than the members of the public. This can mean the difference between success and failure in high-risk situations. In one example, motorcycle racer John McGuinness, functioned faster under physical pressure than under no pressure and made no errors during the test. He was unaffected and even benefitted from the stress. 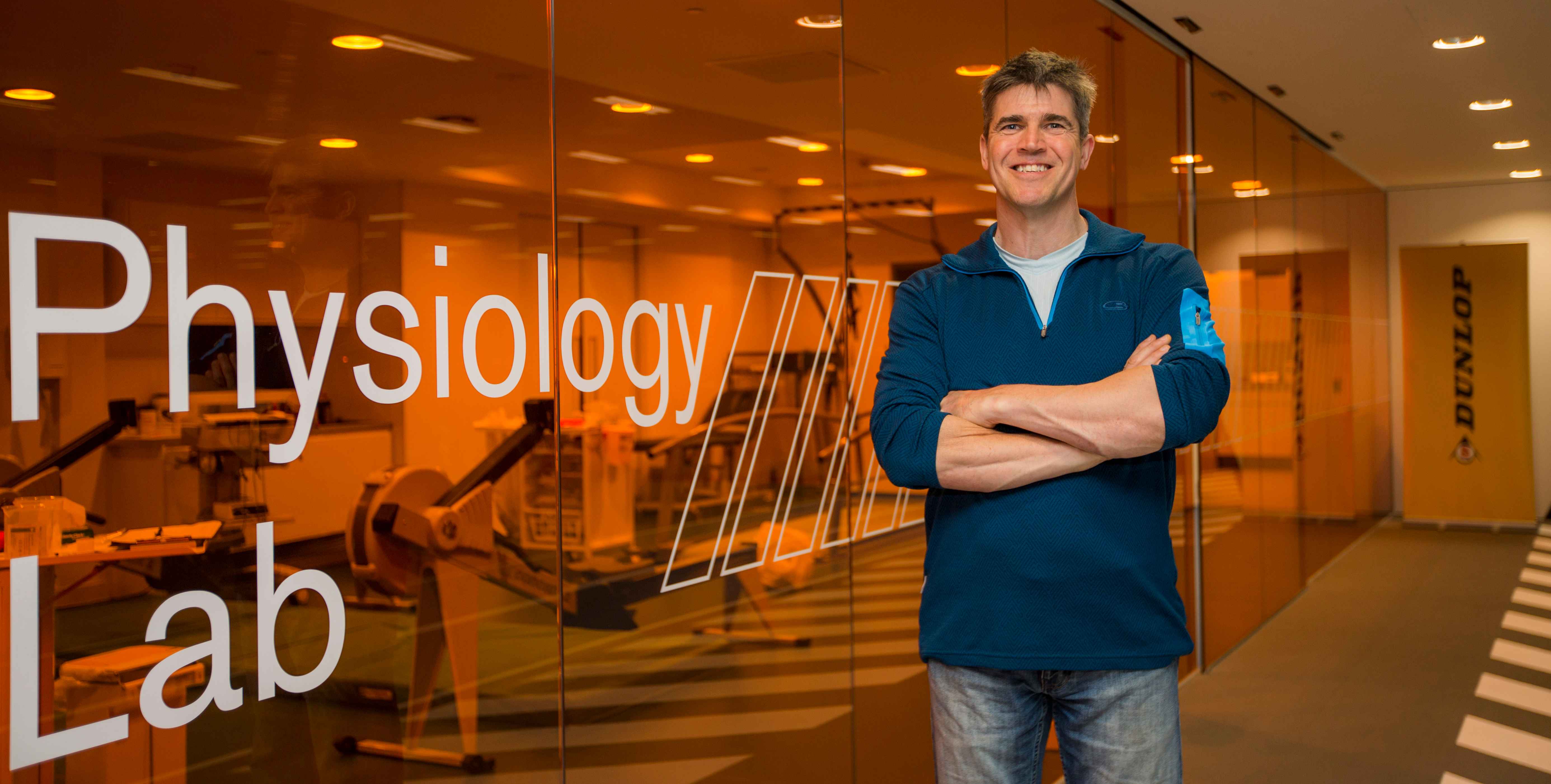 UCL’s Professor Vincent Walsh commented: “What often sets some people apart from the rest is not how good they are in the practice arena, but how good they are under pressure. We wanted to test these guys to see if we could probe what sets them apart. In some of the participants’ fields, split second decision-making can result in the ultimate difference.

“These skills can definitely be improved. It’s a case of exposing yourself to these conditions and challenges on a regular basis to get better. We might not be able to become a John or a Leo, but all these areas of the brain can make connections in later life so we can enhance ourselves.”

##Physical Stress Test 1: Visual Search
The first test examined how well people could group things together perceptually and detect a target. They were tested on a visual search task and then subjected to physical stress protocol and re-tested.

Tests commissioned by UCL’s Professor Vincent Walsh, showed that extreme sportspeople performed substantially better than members of the public in tests requiring the Parietal Cortex, one of the key areas of the brain that controls how fast your reactions are. 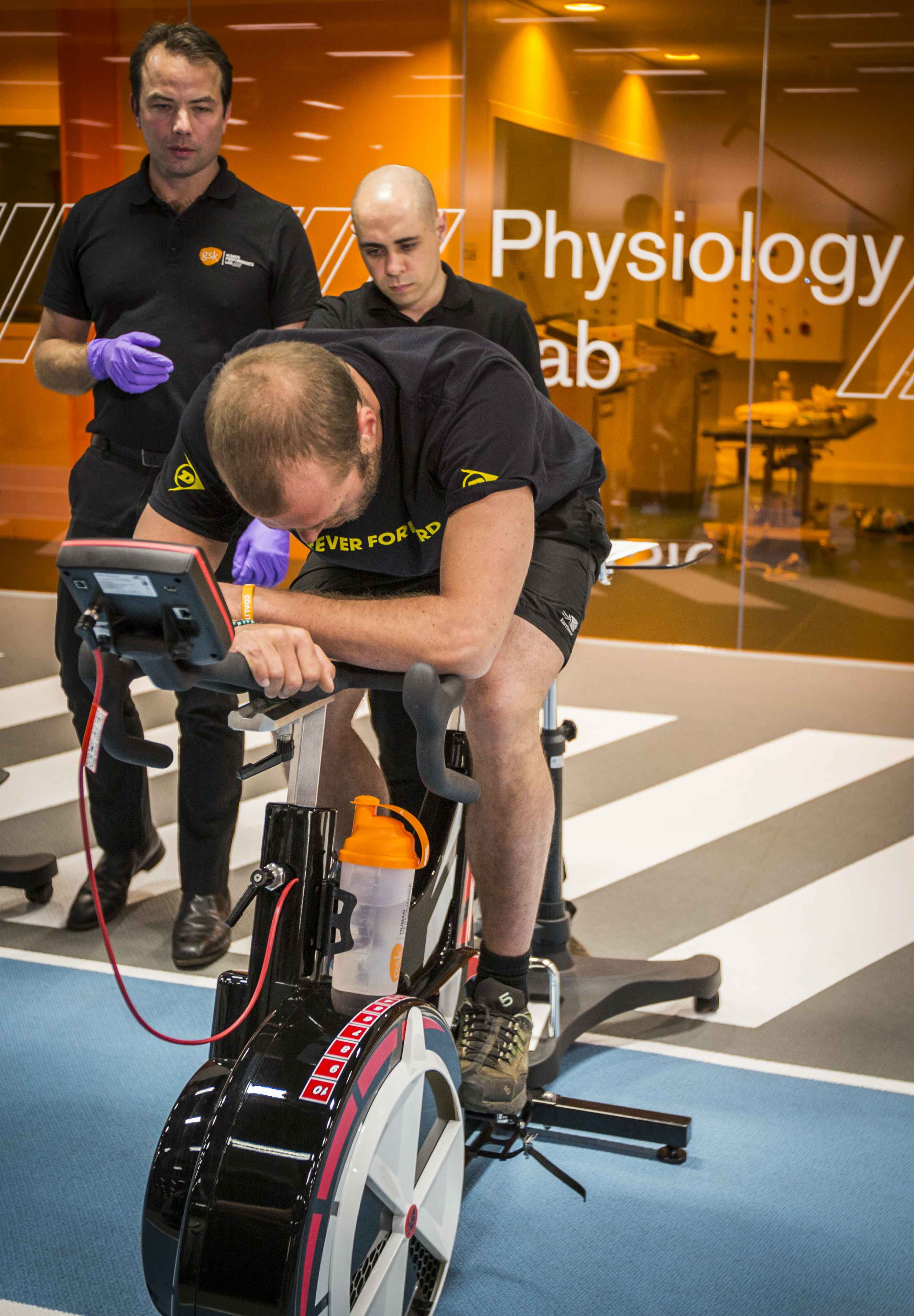 The advantage of the elite group was very clear. Before stress there was no great difference in the score between the two groups; both took an average of around 630 milliseconds to detect the target. The big deal was what happens after stress. After two minutes on a bike the non-elites collapsed. Even though they should have been faster the second time because of learning, they took another 300 milliseconds – a third of a second longer. The elites on the other hand got faster after stress, maintaining what they had learned and improving another 10%. The difference between the two groups in the end was 80 milliseconds.

The best people to hold up on millisecond decision-making under physical stress were John McGuiness and Amy Williams, Sam Bird was next, then Leo Houlding and Alex Polli. This is a great fit because the speed elites did best at speeded decisions under physical stress. The other factor was that the elites put in a LOT more in the physical performance – an example being Alex Polli vomiting after the bike.

This tested how well people played the odds, and how that held up under physical exhaustion. The effects were less dramatic but still in the elites’ favour. The elites did not have an advantage before the stress but they maintain their performance after stress. The athletes were more confident in their bets. Amy and Leo were the best performers.

This tested reaction times as the participant responded to the direction arrows on screen point, withholding decisions if the arrow was accompanied with a beep.

Again there wasn’t any great difference between the two groups before stress. The differences showed when they had to do a mental distraction task at the same time, with the elite group coming out better under stress. Both groups held up under mental stress but the elites were 25% faster than the public, and more accurate by almost 33%. This is a big deal because normally as people get faster they make more mistakes, especially under stress. Alex Polli was the outstanding performer – which makes sense if you consider his need for speed and precise accuracy!

The Iowa Gambling Task tested the ability to estimate risk and reward by choosing from a selection of cards with a mixture of high and low returns or losses.

The star performer during psychological stress was Leo Houlding. This is particularly interesting because he described himself as a ‘risk manager’ rather than a risk-taker; it makes sense that a climber, who has to assess the odds under dangerous conditions, would be good at this.

The elites were better as a group under physical pressure when they had to make fast perceptual decisions. This is potentially life saving in high-risk fast paced sports.

Under psychological pressure, the athletes completely out performed the non-elites. On a fast decision-making task, they were quicker and more accurate.

The same tests are available for anyone to take to see how they perform under pressure. Apply for the test by visiting the Dunlop Facebook page.