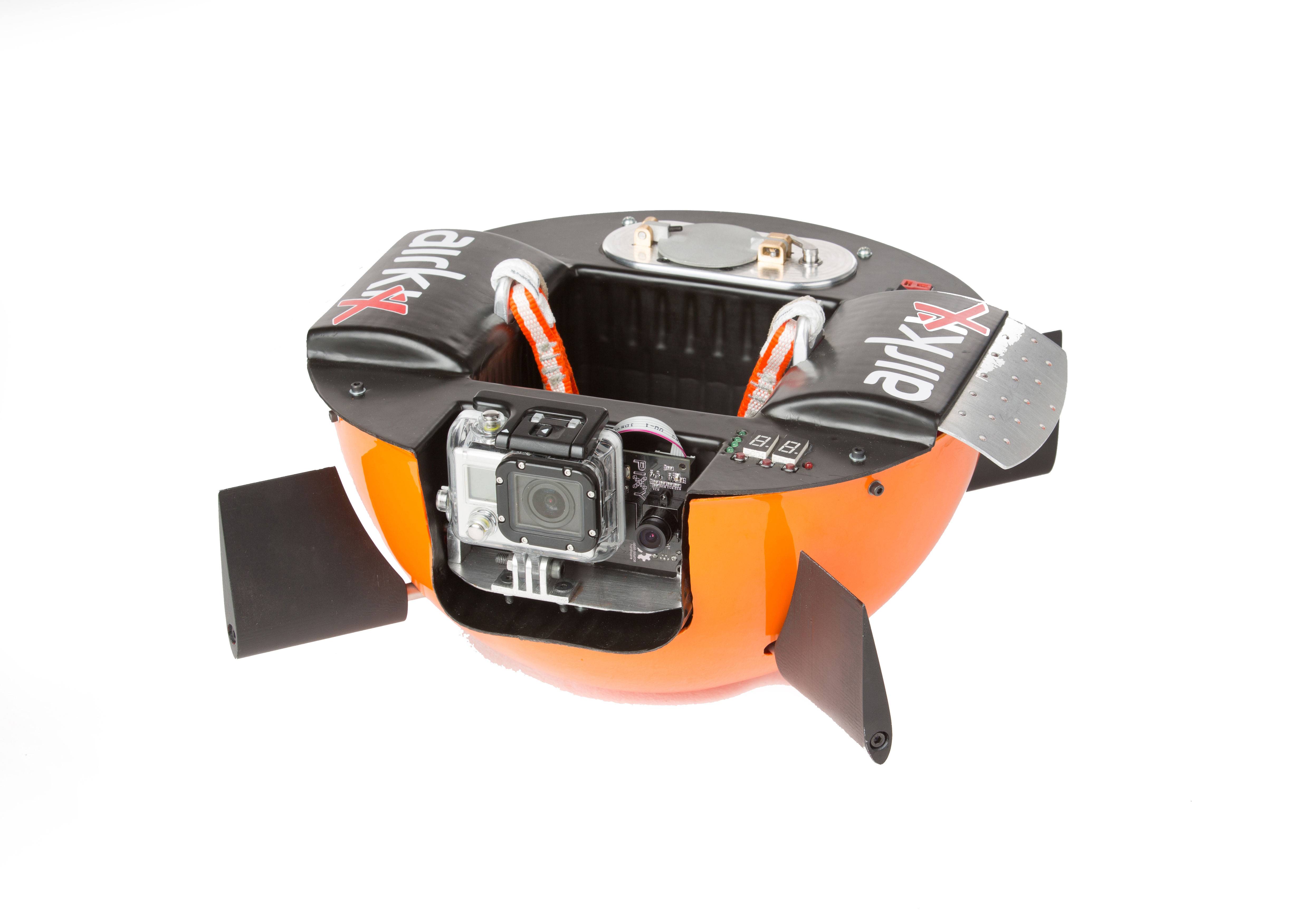 Our team of four Mechanical Engineers and skydivers have been working on a project to create the world’s first skydiving robot, capable of autonomous freefall to film and fly with skydivers. We are in our second year of work on the project as part of our Masters degree at The University of Nottingham. 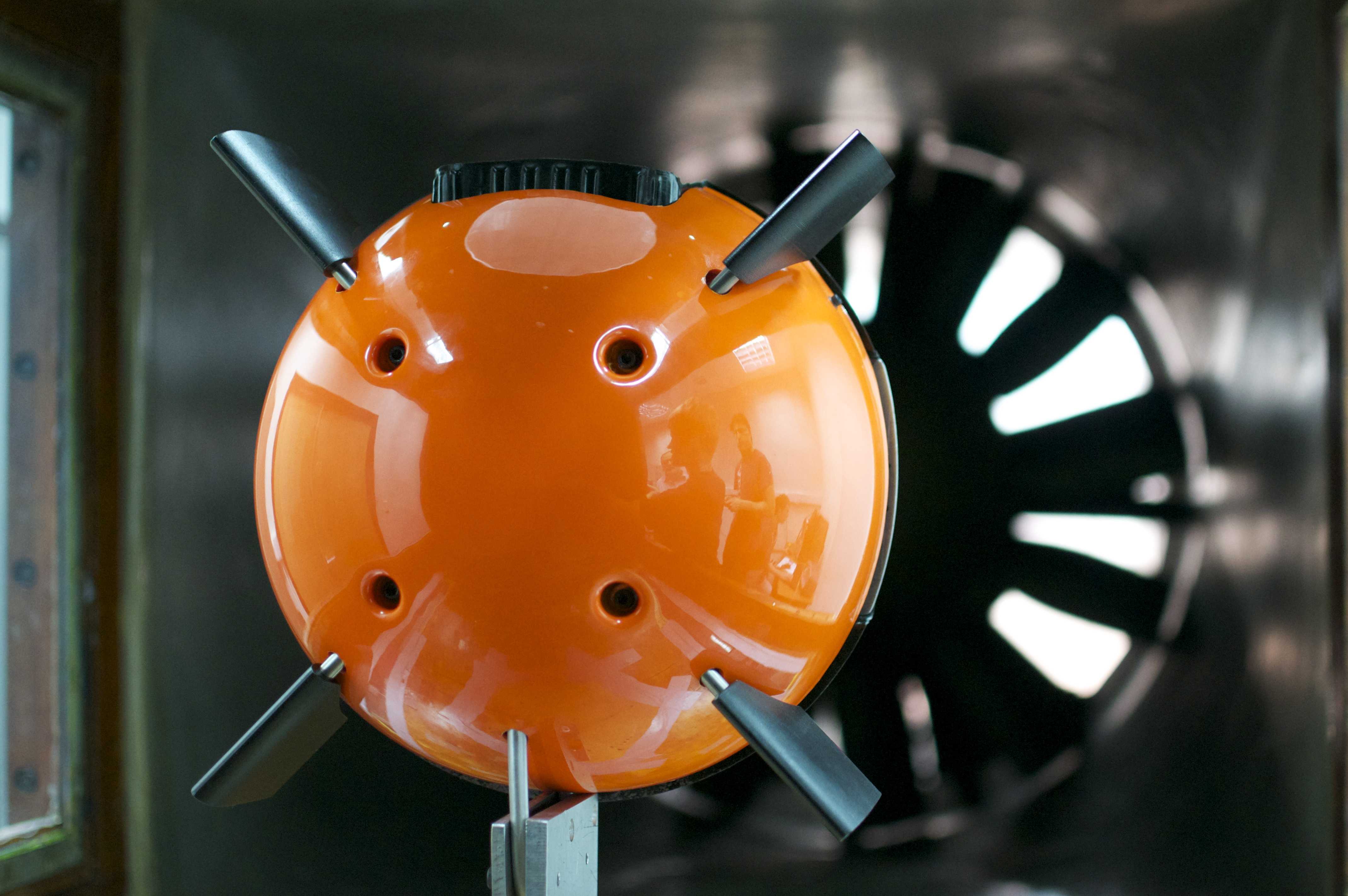 Over the previous academic year, the team worked together on a joint ‘Group Design and Make’ module, during which we developed the robot to a stage where it could safely fly in a wind tunnel.

The robot was designed to move in rotation and translation, change its terminal velocity, and orientate a camera to keep skydivers in the centre of its vision at all times. To do this, the robot was given 4 vertical aerofoils for lateral movement, extendable drag flaps for fall rate, and a ‘cradle’ to hold the camera.

One pivotal aspect of the project was finding a sensor that was smart enough to track a skydiver’s movements. We looked into various motion and infrared sensors before discovering a vision sensor that had recently been posted on the crowdfunding website, Kickstarter. This new vision sensor is capable of detecting the size, shape and colour of multiple objects, and so could be programmed to follow a skydiver’s glove, a helmet, or even an entire formation of skydivers. 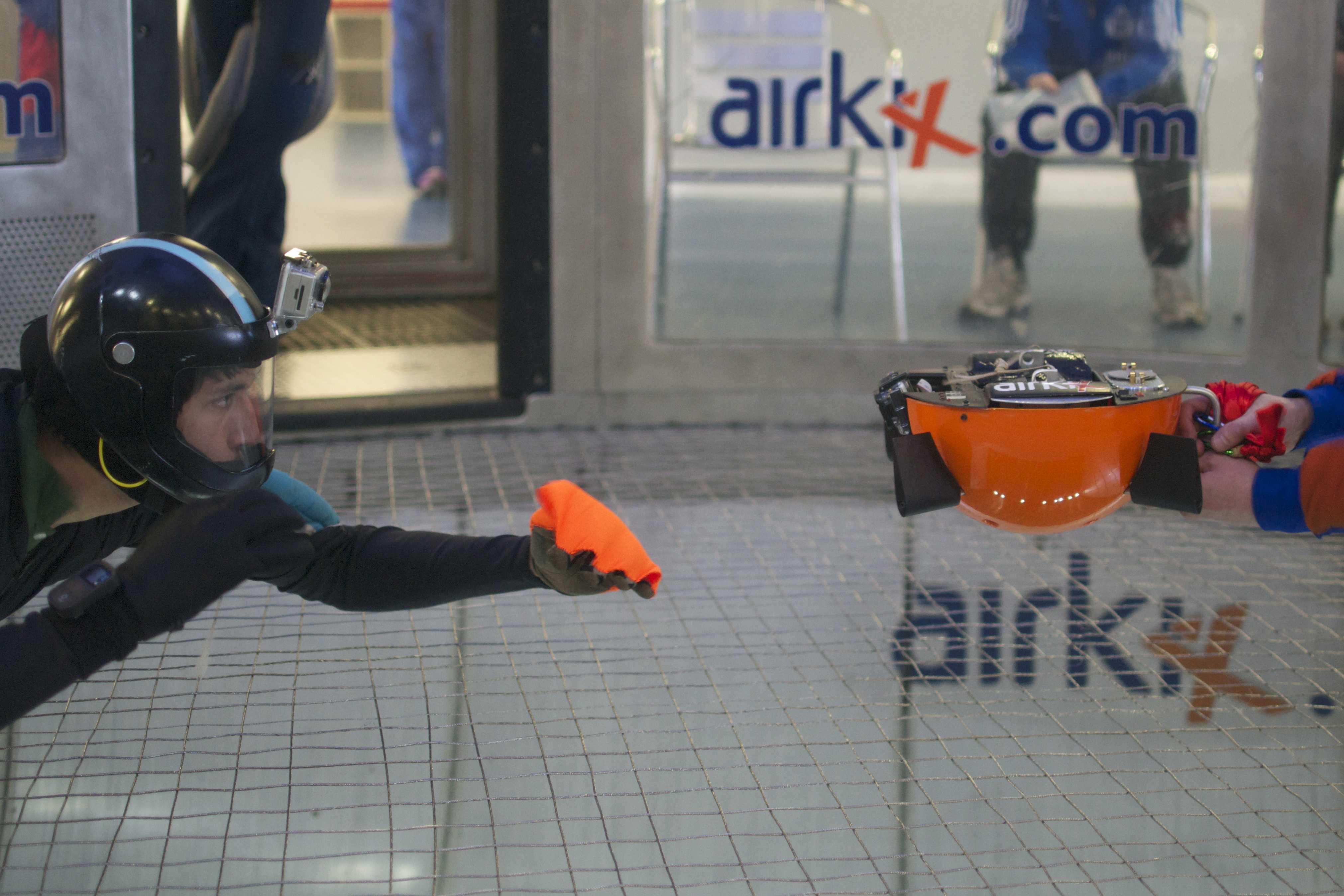 We were given a very limited budget for such an ambitious project, most of which was spent on manufacturing the prototype. We therefore had to look into ways to fund testing and further development. We approached Airkix, who are as excited about the project as we are, and agreed to help us test the robot in their Manchester wind tunnel, where the robot flew for the first time in April 2014.

Results from wind tunnel testing were incredibly encouraging. The robot flew in a stable position, using an orange glove as a reference for changing it’s position in four degrees of freedom. This testing highlighted a few issues that needed to be ironed out, including the need for more weight in the base of the robot and the limitations of using just that single vision sensor. 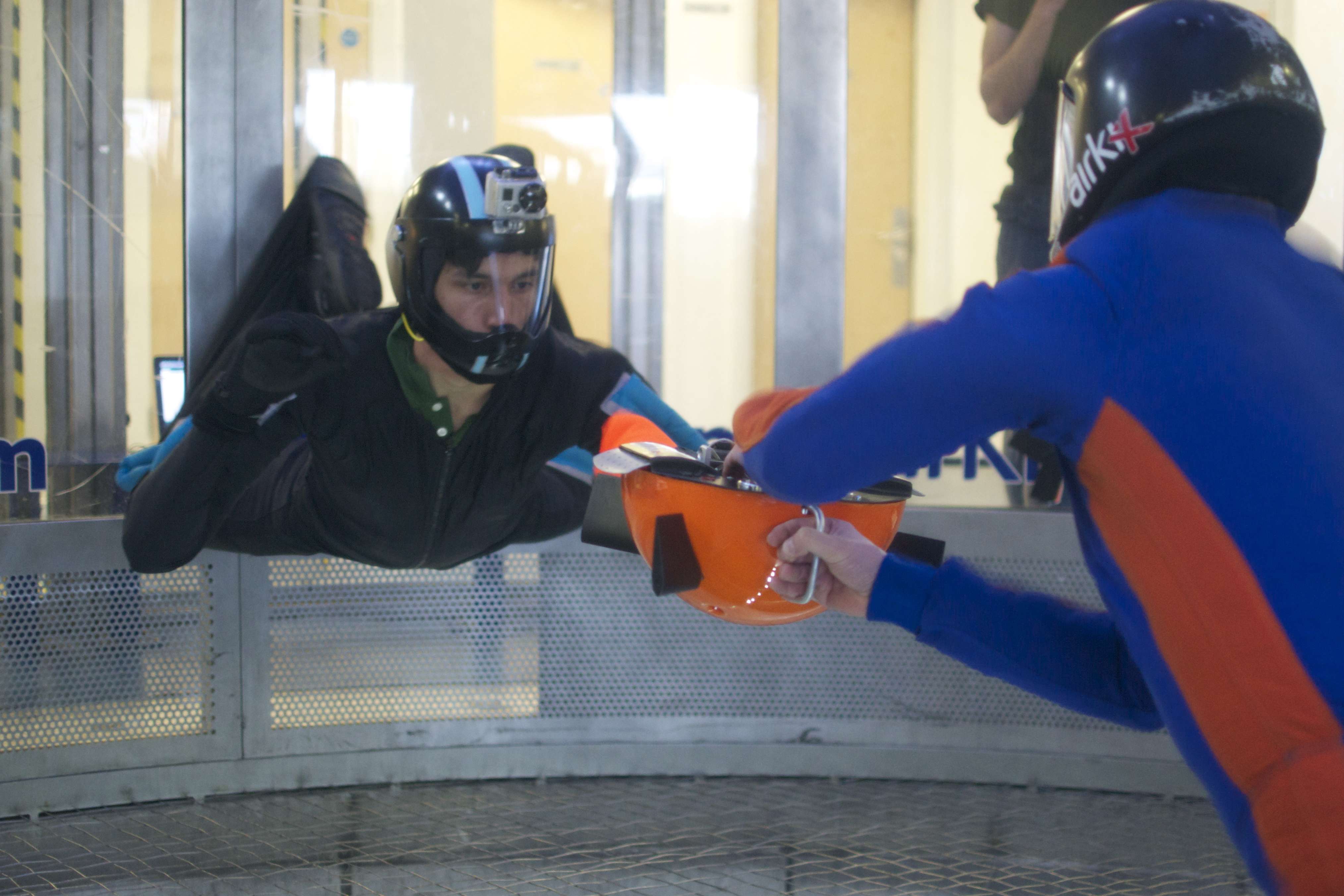 Our next big goal is to conduct the first tests out of an aeroplane. We agreed early on that we wanted the robot to be steerable under canopy, so we looked into sourcing a ram-air parachute. Naturally, the cost of designing and making a custom-built parachute for our robot would be far more than the money we had in our limited budget, so we pitched for further funding from the Nottingham University Business School. We were awarded a number of grants and aid of professional advisors, allowing us to fund the production of a parachute from Performance Designs. The agreed design was for a 30 square-foot Optimum Reserve, which we hope will give the robot reliable openings, docile flight and a small pack volume. The robot will have a secondary emergency deployment system to ensure the parachute opens even if the electronics shut down completely.

In this final academic year, we are each working on our own individual, but complementary, research projects. David Alatorre is working on Electronics and Control, with the aim of achieving the smoothest possible motion in freefall for good video quality. Tom Shorten is analysing the deployment characteristics of our parachute, and determining whether previous research on larger canopies is applicable when scaling it down to this size. Tom Dryden is re-designing for efficient manufacture and assembly, which should reduce costs and verify whether the product is profitable. Finally, I am looking at optimising the freefall aerodynamics of the robot, using fluid-modelling software to reduce drag and create a more stable and responsive flight.

This new vision sensor… could be programmed to follow a skydiver's glove, a helmet, or even an entire formation

It would be at the end of this year of research, if we believe we have a robust and profitable product with enough support and trust from potential customers, that we would look at production on a commercial scale.

The Freefall Camera Team get serious with hard-core testing in a wind tunnel.

Filmed and edited by James Hennessy

More videos from this series [here](http://bit.ly/robotcamera)

A frequently raised concern is that skydivers might choose this robot over professional camera flyers, leaving them without a job. From the beginning we never envisaged the robot as a replacement for camera flyers, whose skill and artistic flair is not going to be matched by a machine any time soon. On the contrary, we hope that camera flyers will also benefit from adding a Freefall Camera to their setup, providing an alternative angle to film from and a method of filming themselves to improve their own flying skills. If cameramen are not available, this gives all skydivers another option if they want to have their skydive on video for training or for fun. A robotic skydiver can also be used as a training tool for relative work and freeflying, providing a stationary reference point on practice solos to ensure you are not drifting involuntarily.

Creating a robotic skydiving companion has proven to be an attractive and exciting project that other skydivers can relate to, but possible applications could lie in areas we have not yet explored such as meteorology, space exploration and studying climate change.

The Freefall camera was put into real freefall in 2015, drop tested at Skydive Langar UK, see video for the results – including some bad luck with a tree!

Serious tests for the robotic camera, designed to film skydivers in action!! … and some bad luck with a tree

We have been incredibly lucky to have had the opportunity to combine our hobby and passion with our degree. The Freefall Camera has provided the four of us with engaging projects two years running that instill a desire to learn, work and jump even more. We really appreciate all the positive feedback we have received so far and please do contact us with any more ideas, questions or support.

YouTube channel nottinghamscience are creating a documentary series following our project, check out their videos to see how we made it happen.