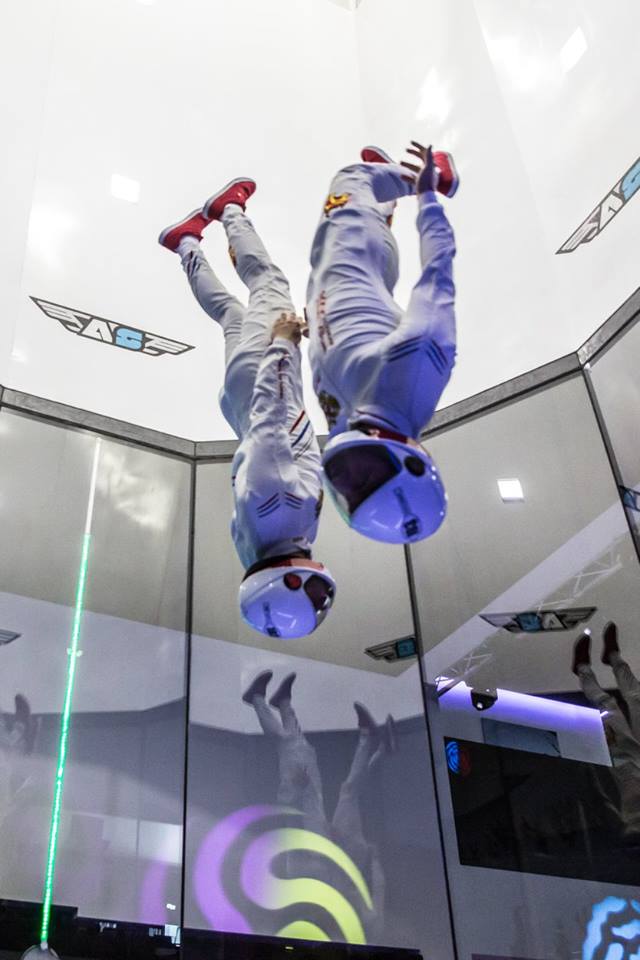 #The Return of the Dynamic Jedii

21 teams competed in Dynamic, an amazing turnout, showing how this discipline has taken off. Also evident was the massive increase in standard in the last two years.
##Format
The format of this competition had an unusual mixture of speed and free rounds, with the judges keeping the lid on the free round scores to add to the suspense.

Friday 29th April was to decide the ranking in order to place the teams for the knockout battles the next day. Three speed rounds were followed by a free round, our first chance to see the wide variation of routines put together to show off their flying skills. The judges did not reveal the scores for the free rounds, as they wanted to keep an element of suspense for the free round battles the next day. Normally the teams have an idea if their routine is generally higher or lower scoring than the team they fly against. 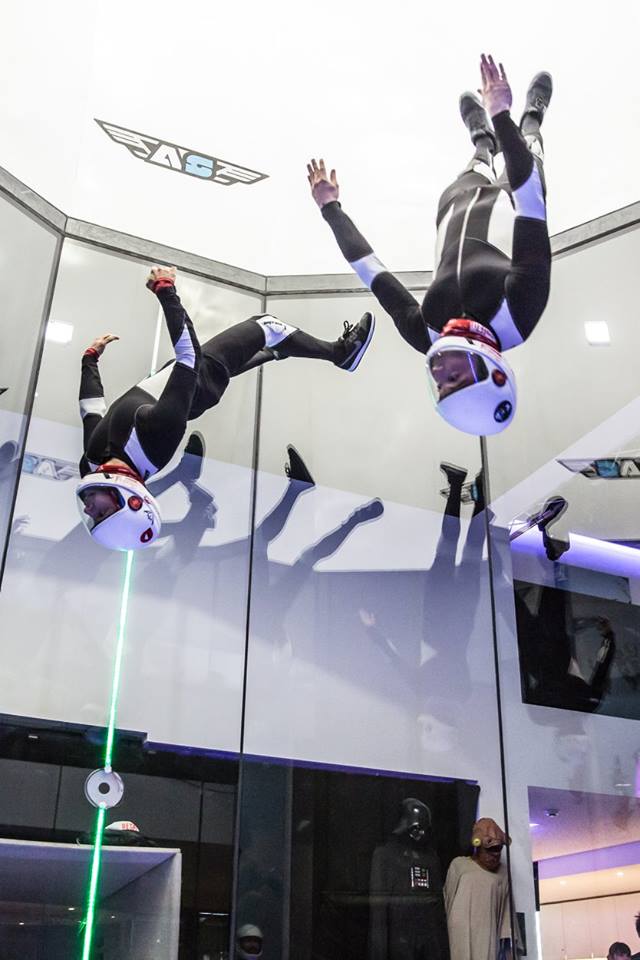 “This is a new day, a new beginning” – Ahsoka Tano

This way meant on Saturday afternoon when the teams lined up to battle with another, they did not know how closely matched they would be. Three free round battles eliminated some of the teams from the medals. The final was to be a speed round. Most of the teams did just one speed round against another to determine their final placing. But the top four teams flew two speed rounds, a cunning move to add the possibility of a tie-breaker. Also, to make it more exciting, the time counter view was turned off, so after the first speed battle, the teams did not know who had won.

It could scarcely have been more exiting if Darth Vader himself had turned up! The fight for bronze medal was between Dynamight and Realfly Academy Sion. The Swiss boys team Realfly flew first, followed by Airspace Dynamight, the Belgian ladies. The tension when they were flying was incredible, the concentration on their faces. (“I got goosebumps” said Anna Moxnes). Realfly Academy Sion picked up their intensity on the second round, you could see their focus increase. Sure enough, the boys won the first round, and the girls the second, so a tie-breaker situation – how exciting! The teams now flew their third speed round in a row, INTENSE!! They also had to memorise three rounds beforehand. 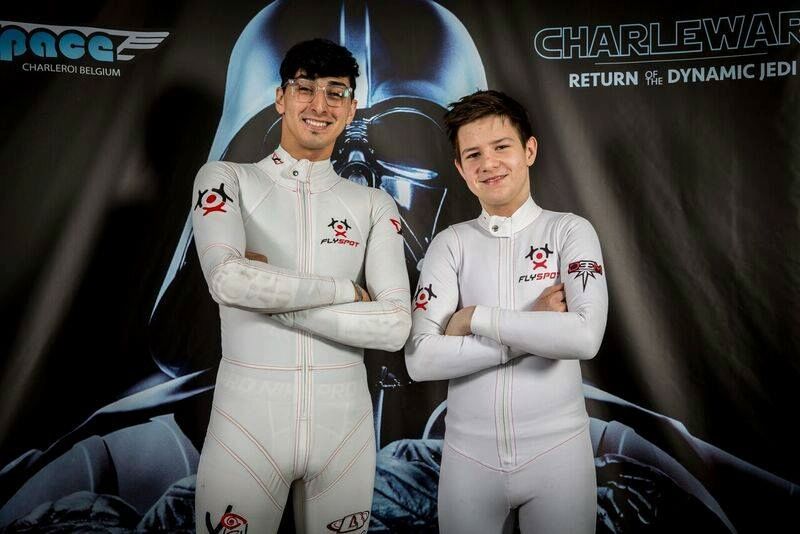 The atmosphere was powerful. Both teams flew clean rounds. I had a feeling about Dynamight, their desire to win was pulsing from them. Steve Braff, one of Airspace’s owners announced the winners, boxing-style, by raising one hand. Yes!!! Dynamight were overjoyed to take bronze, a superb result to be third out of 21 teams, especially when they are not tunnel instructors. Fabulous!

In the battle for the gold medal were Aerokart (France) against Flyspot (Poland) – experience against youth… Flyspot went first and were flying so hard you could see they were on the edge. Aerokart were simply incredible… such rapid movement but such small tight moves, their lines are impeccable.

Flyspot won round 1, much to Andrzej’s surprise looking at his face… Aerokart’s amazing round 2 took that from the Poles so we had another tie-breaker!!

“Your eyes can deceive you. Don’t trust them.” – Obi-Wan Kenobi

A malfunction of the lights gave a false start to the tiebreaker speed round and added to the tension. Aerokart went into the tunnel, started their tiebreaker – the lights went red and we all thought they had bust – presumably so did they. The team was dragged out of the tunnel and had to start their round again – a real test of nerves. They started again and did a flawless round – true competitors!!!

Flyspot Warriors had an even bigger test of nerves as there was a technical problem meaning they had to wait, on the edge of readiness to fly the final tie-breaker, for a few minutes. They flew their hearts out in a gripping last flight. In the end the tie-breaker went to Aerokart so they became Charlewars Champions 2016!! JM Porzier and Omar Sanda took the title for France.

I haven’t seen a Dynamic meet run in this way before, with strong emphasis on the free rounds – teams had to have a really good free round to make a good place whereas previously being fast seemed more important. There is no doubt this affected the final result – not a problem, it’s cool to see how different formats can keep it interesting. You really couldn’t call it, there were times commentator Anna Moxnes clearly expected a different team to win the free round. 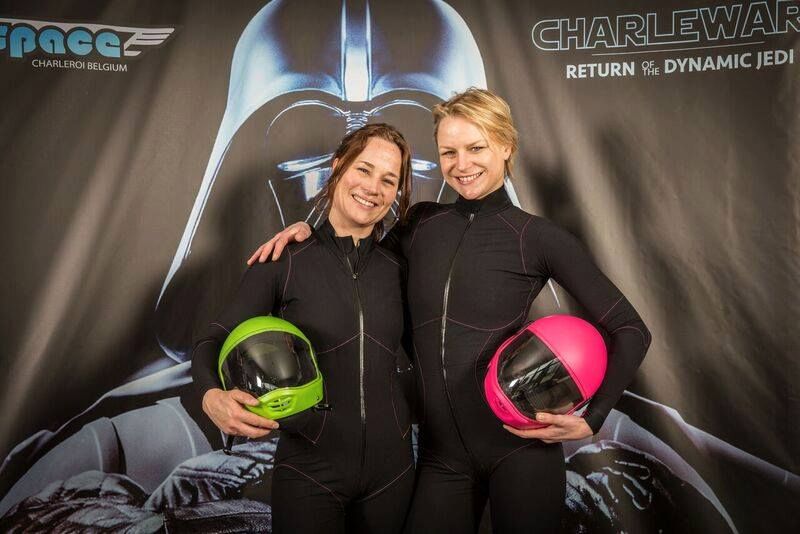 “I find your lack of faith disturbing”– Darth Vader 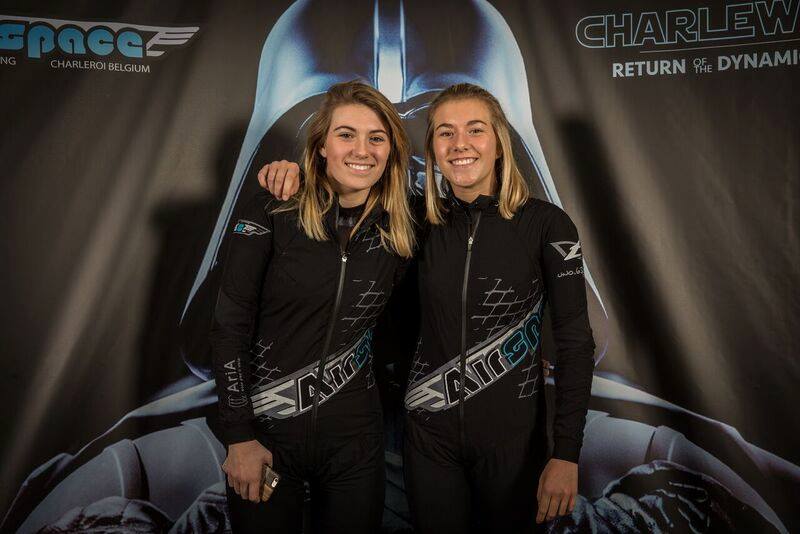 Anna and Regan kept us entertained throughout on the Live Stream, watched by over 40,000 viewers. Airspace pulled out all the stops to run a great competition efficiently and with panache. Little touches like guest appearances by Star Wars characters, Miss Belgium flying, and an aerial silk display in the tunnel added to the party atmosphere.

It was inspiring to see so many teams, with enthusiastic battles going on all through the field. Special mention to Airspace American Idols for ‘traveling’ all the way across the pond, Kim and Alexandra of Les Meufs for an excellent first competition, Sky Pioneers (Russia) for a very creative free round, Onyx (UK) for massive improvement since the Wind Games, Dark Matter (UK) for trying a new discipline (at their age, ha-ha!), Black and White for being the only Dubai team we’ve seen at competitions this year… and Absolute Flying (Belgium), sisters aged 15 and 16 as the ones to watch out for, they love skydiving so much they have done fifty tandems each!!, they are waiting to start AFF when they are both 16.

“In my experience there is no such thing as luck.” – Obi-Wan Kenobi

There were four freestyle entrants, who all flew with a lot of class. The competition was four rounds; two high-speed rounds and two low speed, making for a more technical contest than one speed only. Polish Andrzej Soltyk, who finished fourth, displayed varied routines with some cool tricks. Russian Olga Bakulina is always graceful and stylish, using her whole body to convey a storyline, with very expressive hands. She had added a lot more technicality to her routine since the Wind Games. Olga and Andrzej were closely matched, with Andrzej beating Olga on the high speed and vice-versa.

Also hard to call was the fight for gold medal, between Finnish Inka Tiitto and Norwegian David Reader. Last time they met at the World Indoor Skydiving Championships Inka came out the winner but six months on, both flyers have added to their routine, we have different judges, and two speed rounds, where David is known for being especially expert. The two have completely different styles. David is very technical and as a performer holds himself aloof. Inka is more balletic and gymnastic; she used to be a dancer and you can see this in her performance, one move flows elegantly to the next. She interacts with the crowd far more than David, catching people’s eyes when flying. David really excelled at the slow speed, pulling off moves that made the appreciative crowd gasp.

In the end the slow speed won the title convincingly for David, becoming Charlewars Freestyle Champion 2016! Inka and David will battle again at the IPC World Indoor Championships, Flyspot, Poland in October, where the rules and judges will be different again, so it’s anyone’s game for the two rivals.

“Train yourself to let go of everything you fear to lose.” – Yoda

I really love to watch David Reader fly, it’s like the wind doesn't have any affect on his body 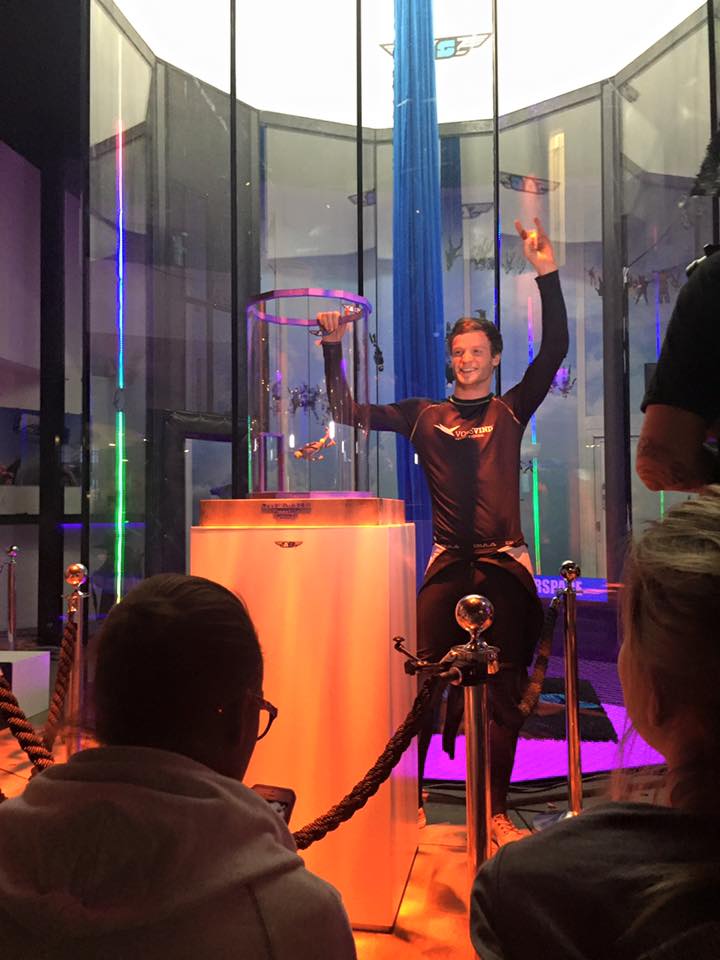 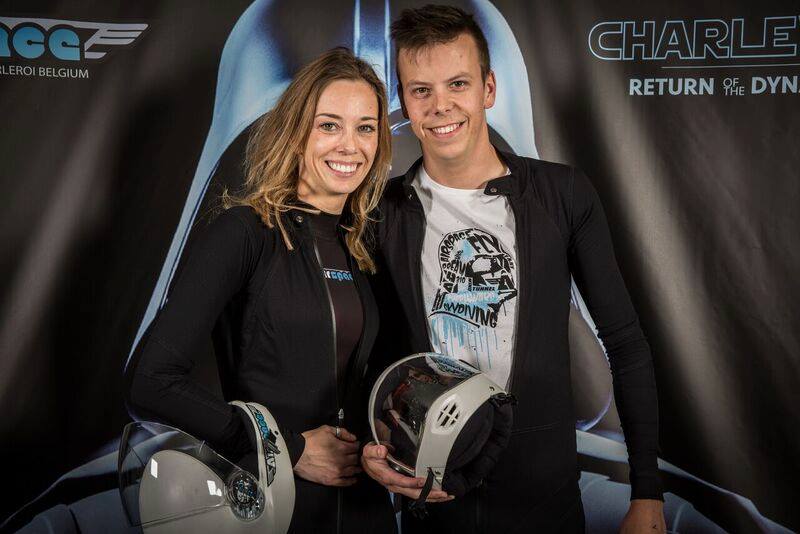 Freestylists had the option of performing to music but nobody went for this, so we were not treated to the musicality and drama of Leo Volkov’s viral performance at the Wind Games. Music is also permitted at the IPC competition, it will be interesting to see if anyone adds this element, which makes Freestyle into Indoor Skydancing. As a dancer and true performer I would love to see what Inka can do.

Our thanks to Steve and Magali Braff and all the staff at Airspace for putting on such a well-run, sparklingly brilliant competition and for supporting so many teams (five Airspace teams out of 21). Also to the judges for making those hard calls, meet director Adam Mattacola for the exciting format, Regan & Anna for keeping us entertained throughout the world and most of all to the Jedi warriors for making it such a sporting and appreciative contest.

“May the force be with you” General Dodonna/Han Solo