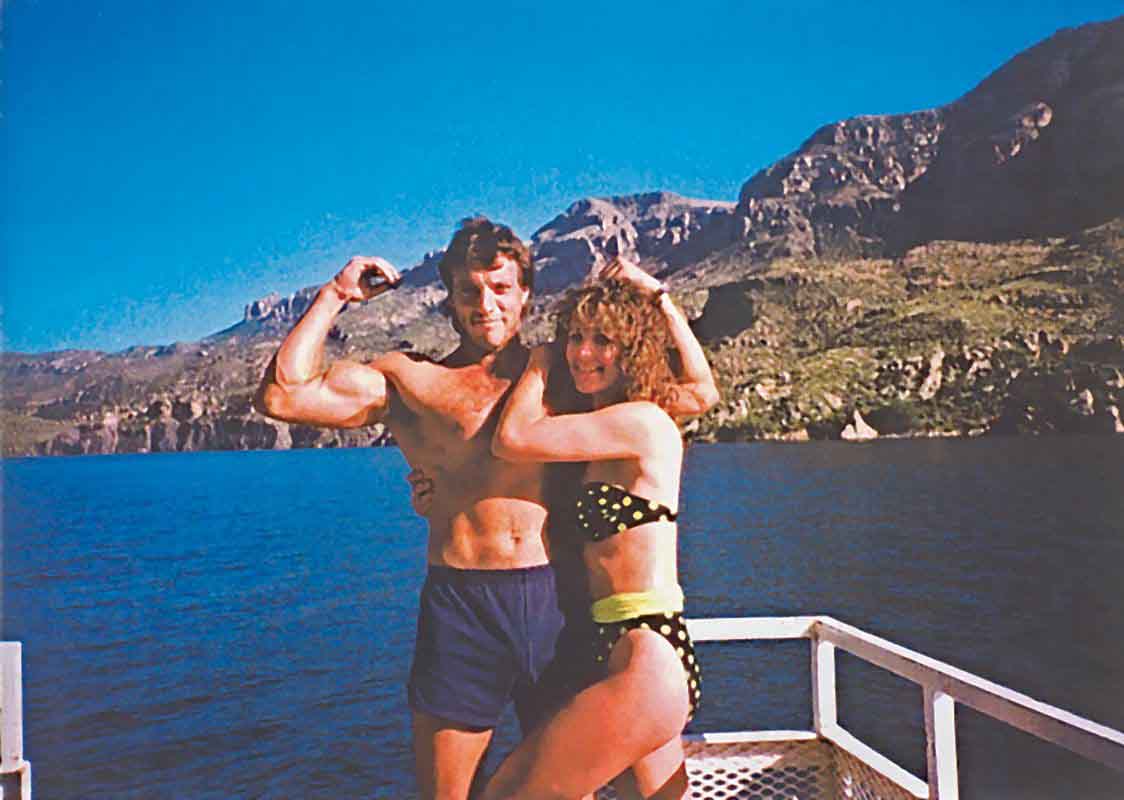 I first worked at Skydive Perris when I was 29. On my way to the drop zone I would drive through Sun City past signs reading, “55 and over community” and think to myself, “I’d never live in a place like that.” I was driving down the same street the other day and thought, “A little house on a golf course ten minutes from the drop zone doesn’t sound too bad.” What’s that about?!

As it turns out 55 isn’t nearly as bad as I thought it sounded when I was 29. But I have to admit I’ve taken on a somewhat new approach to life. I’m not quite sure how to describe it, a new way of picking my fights or maybe adjusting my priorities. I guess I’d call it “Giving in but not giving up.”

For example, when I was training and competing full time my fighting weight was between 160 and 165. I still eat pretty healthy and go the gym regularly but these days it’s all I can do to stay below 175. Well, apparently all I’m willing to do anyway. (I’m sure it’s all muscle. I just can’t figure out how my waist measurement is now bigger than the length.) I’m giving in. I decided to be happy weighing between 170 and 175. But anytime I get on the scale and weigh one ounce over 175 I’m going on a coffee-only diet and doing cardio every day. I’m not giving up. 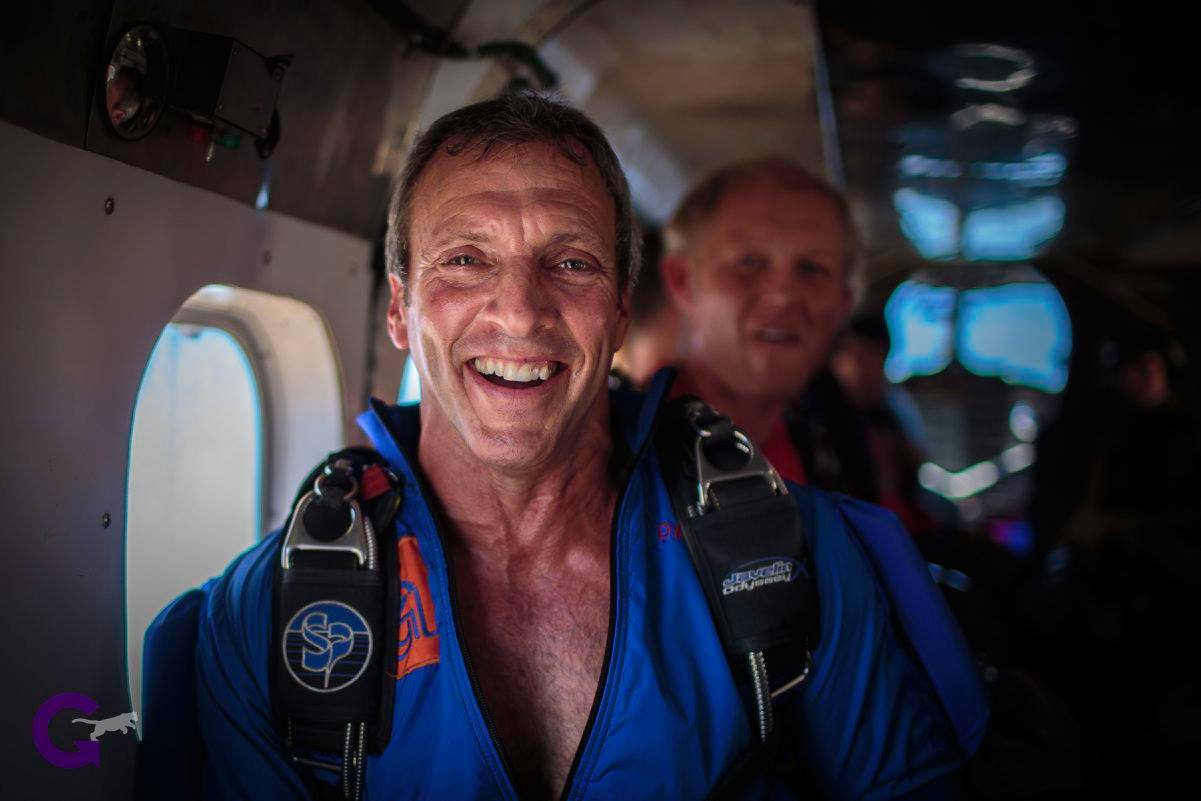 My hair, or what’s left of it, has turned pretty grey. It would be nice to still have a full head of hair that wasn’t white. I could get hair replacement or dye it. But that sounds like a total pain in the ass and I’d look ridiculous. Grey hair matches my face better. Nah, I’m giving in on that one.

Each year I have the privilege to jump with the current AZ Airspeed team and some of my old teammates at the US National Skydiving Championships. It’s a blast jumping with the team and we still do some pretty good skydiving. I’m often asked if I miss it and wish I was still competing and going for the Gold. I do miss it, a lot. But I’d never want to train that hard now. Its way too much work and I lost interest in winning Gold medals at the Nationals a long time ago. I’ve given in on that. But I’m not giving up. I can still show up at the Nationals and get Silver. 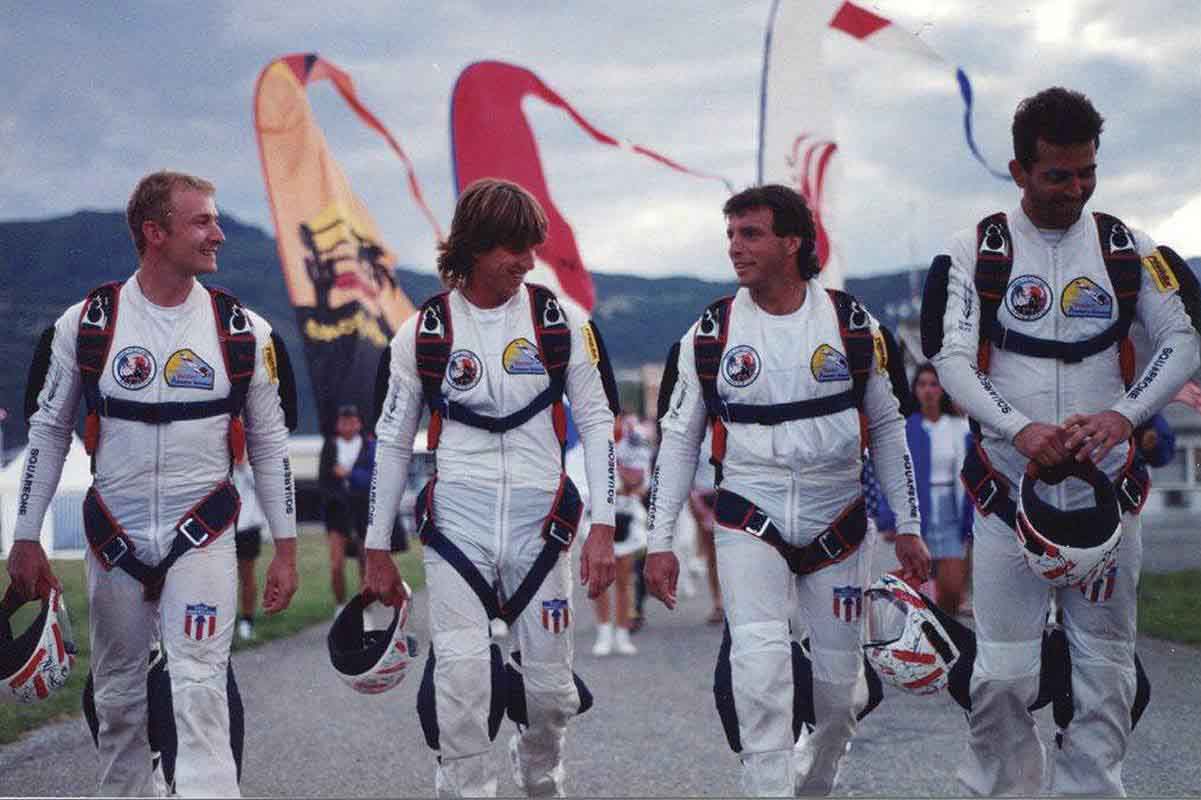 Back in the day when I was working out I would only lift heavy dead weights. I would never even consider getting on a machine. Machines were for wimps. When you’re lifting heavy dead weight you’re really moving some mass. It made me feel strong. It made me strong. When I got done working out I felt like I could pick up a house. These days I never lift heavy or dead weights at all. Anytime I have, it felt like I was about to rip a limb right off my body. I’ve given in. I only work out on machines now. I definitely don’t feel strong enough to move a house but at least all my limbs are attached when I’m done. I haven’t given up.

I’ve given in on a few things but given up on nothing.

I’m not the man I was at 29, but fortunately I don’t want to be. 55 is ok. I’ve given in on a few things but given up on nothing. Just the same, I think I’ll hold off on the house on the golf course in Sun City for a few more decades!