Put together 111 accomplished big-way skydivers pursuing a sequential formation world record. Bring them to one of the best drop zones in the world. Add an elegant dive plan. Plan on four days of attempts and good things can happen…

That was the setting Monday, July 24, 2017 at Skydive Chicago in Ottawa, Illinois, USA. Everything was in place for a credible assault on the record for the largest jump consisting of three distinct formations. The standing record was set in September of 2013 by a mostly European team of 106 skydivers in Empuriabrava, Spain. Multiple efforts to break that record had been mounted in the four years since. None had succeeded.

Big-way events all have a distinctive vibe. Some are intense, sometimes frustration takes hold, and sometimes they are a celebration. This one had a unique vibe brought on by a special purpose.

Until his untimely passing earlier this year, Florida jumper Hal Spence was a captain for this event. Suddenly he was gone. Hal was one of the truly unique and memorable personalities in our sport. His absence left a huge void. In addition to seeking a world record, the team had also gathered to honor Hal. The event was renamed for him. 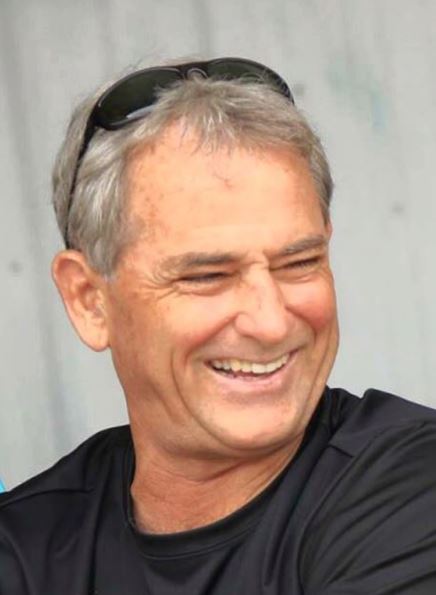 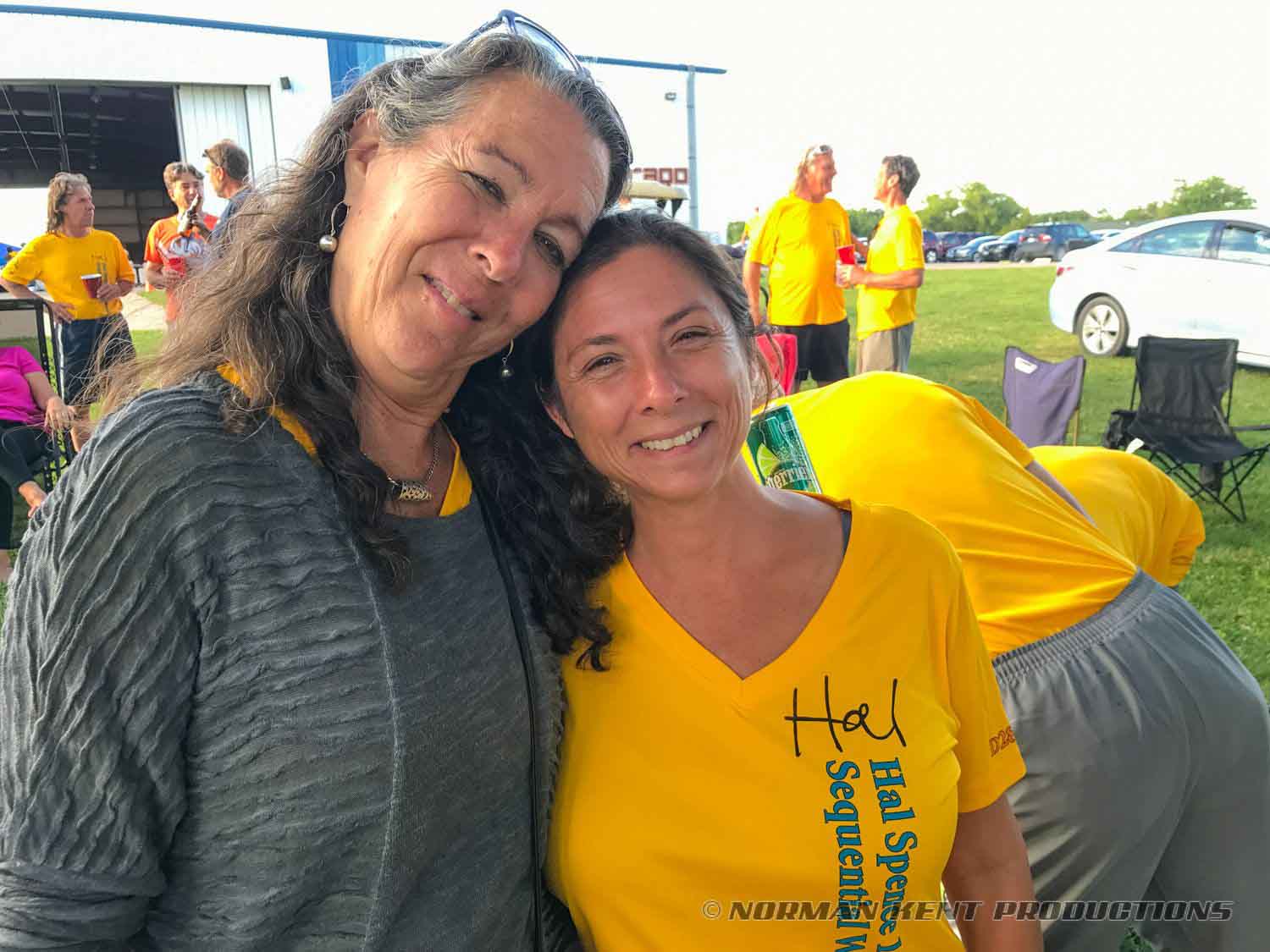 Representing Hal in every way was his sweetheart Tara Richards. With Hal’s passing so recent, the team went to extra effort to support Tara as she adjusted to her new life. Tara’s presence reminded all of the tribute we desired.

Day one was a bust – too many clouds to safely put a big-way in the air. Day two the jumps started. Each jump would be a record attempt with the entire team in the air and keys being given to sequence upon completions. The team was jumping from one Skyvan in lead plus five Twin Otters. Exit altitude was 18,800 feet above the DZ.

Jump one was not good. No completion. Jump two the same. Whisky Tango Foxtrot. Isn’t this a good team? Roger Ponce had designed a characteristically elegant dive plan. Event organizers Ponce and T.J. Hine had assembled a strong leadership team. The entire team was highly experienced and accomplished. This is not how it was supposed to go.

It was all in the hands of the judges and the videos. Time went by. Every grip on each point had to be checked multiple times. The agony…

The team assembled in the massive auditorium at Skydive Chicago to receive the verdict. Yes! Bang! A new world record. Unbelievable. On only the third attempt! 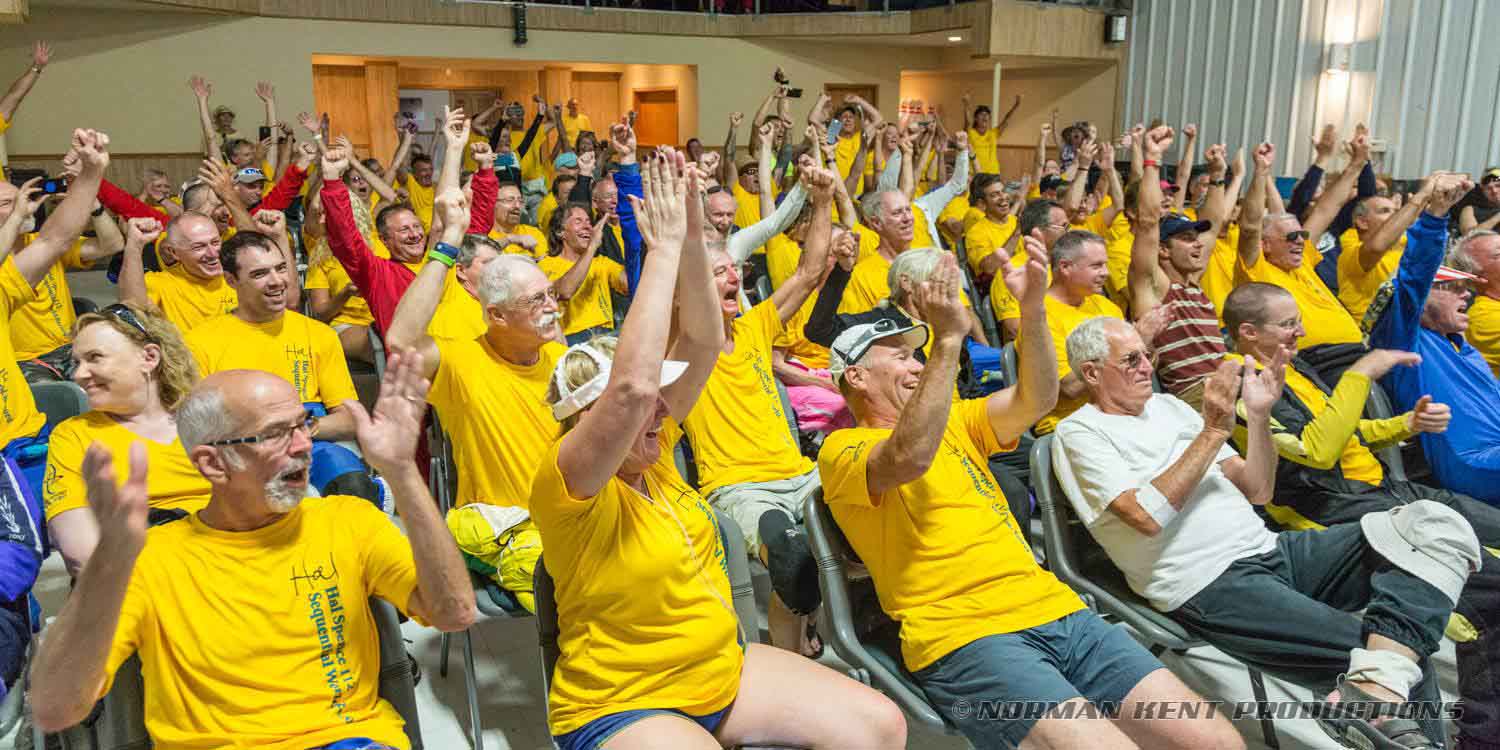 Here is the really special stuff. The dive plan called for 112 jumpers. The team put up 111. One slot was left open for Hal. It was a missing man formation. But Hal was with us. After they learned that they had set a record they also learned that Hal’s dear partner Tara had been in the right seat of the lead Skyvan on the record jump. One more. Many on the ground reported seeing a cloud rainbow above the formation on the record jump. Tribute complete. 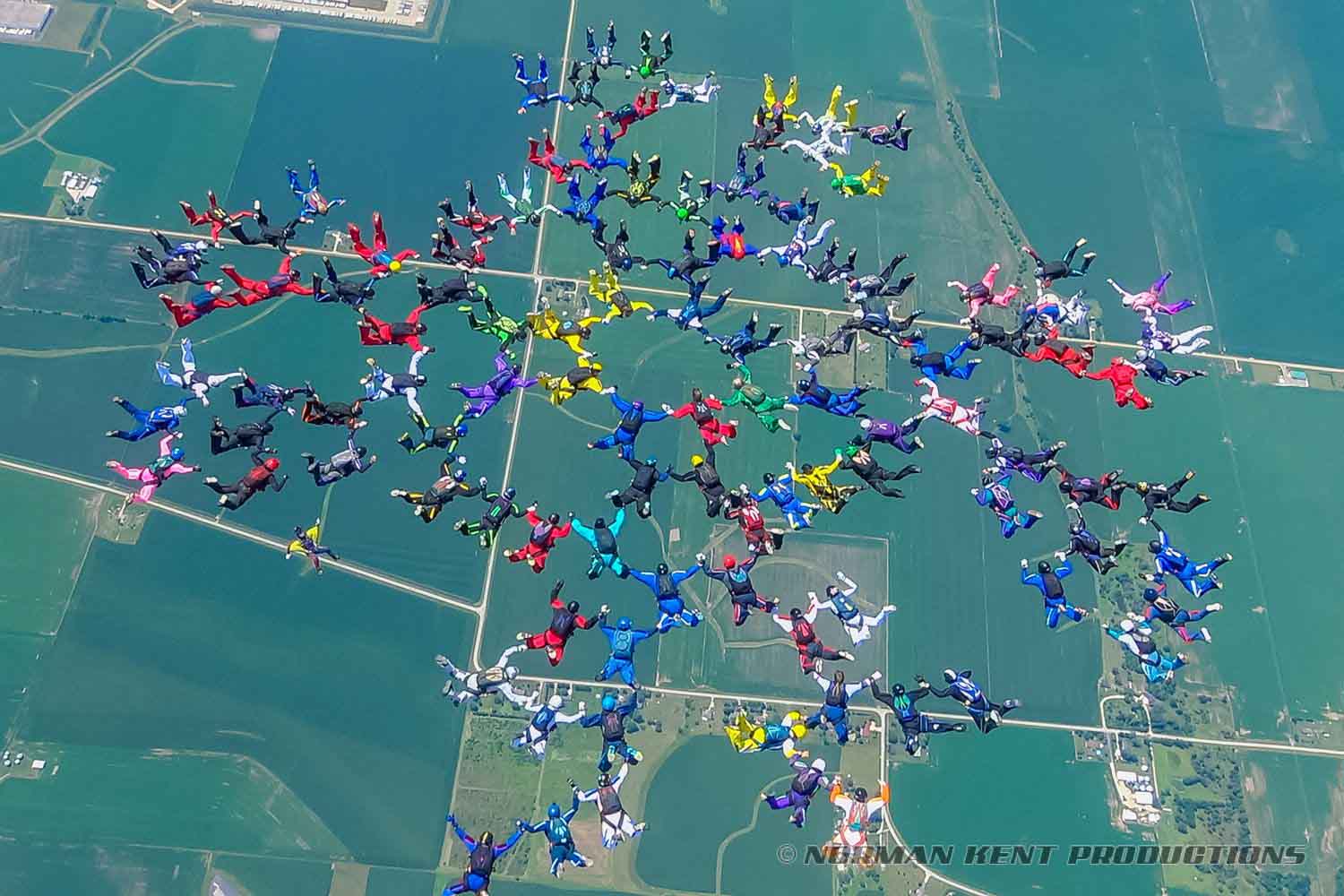 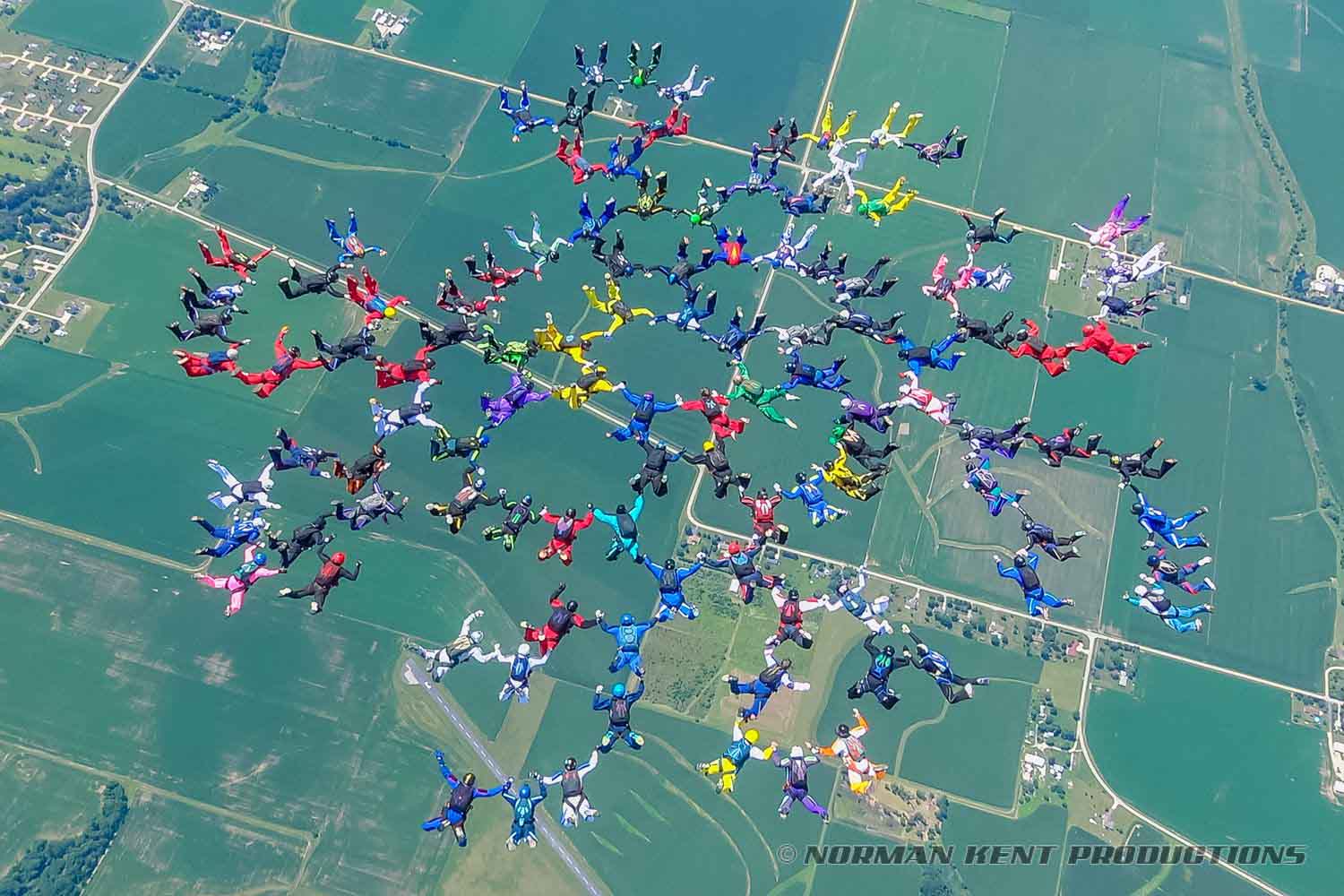 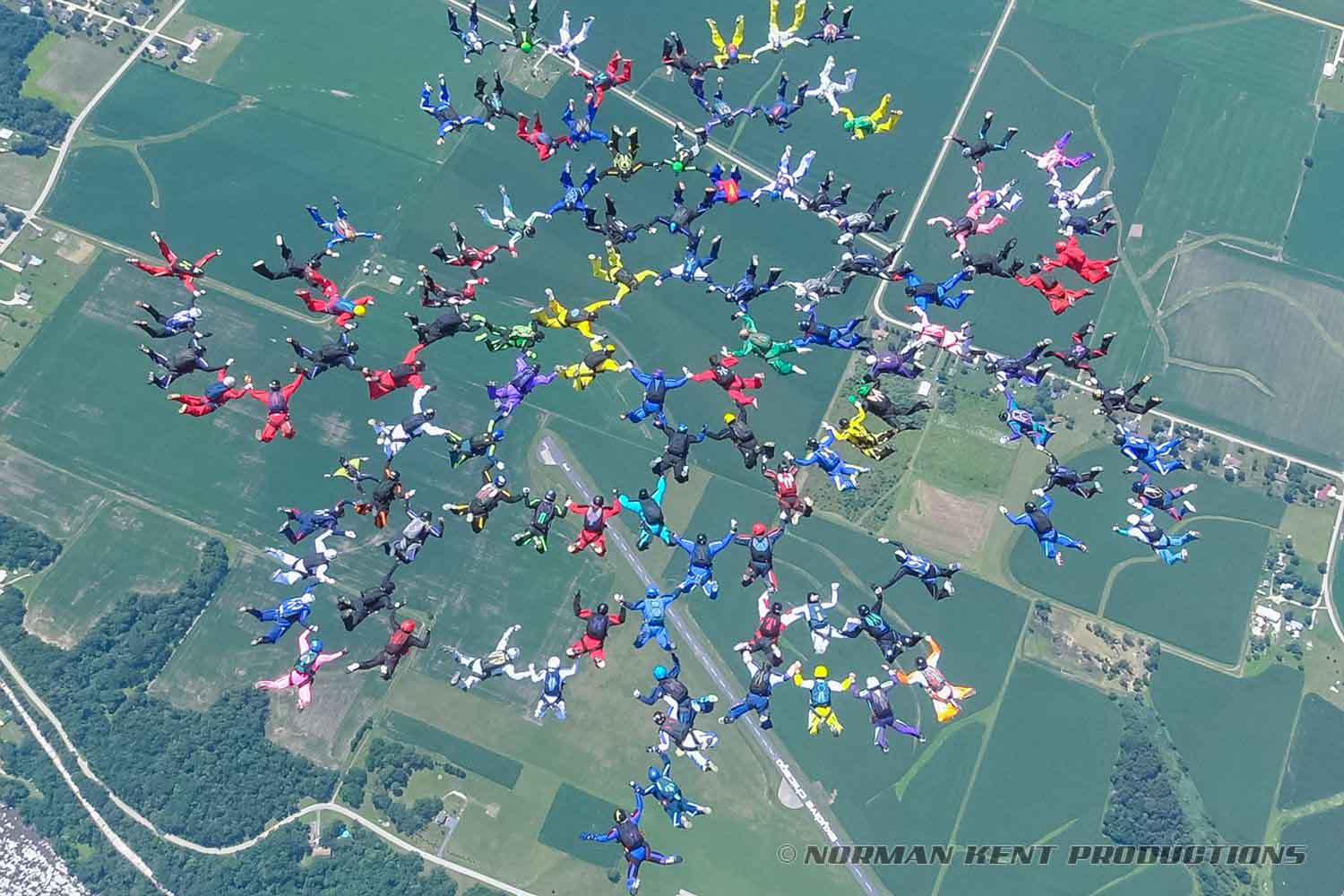 Jim McCormick lives in the USA in Colorado. He is an author and organizational consultant. He has earned numerous state, nation and world large formation records. He is also the Director of Development for the International Skydiving Museum & Hall of Fame.