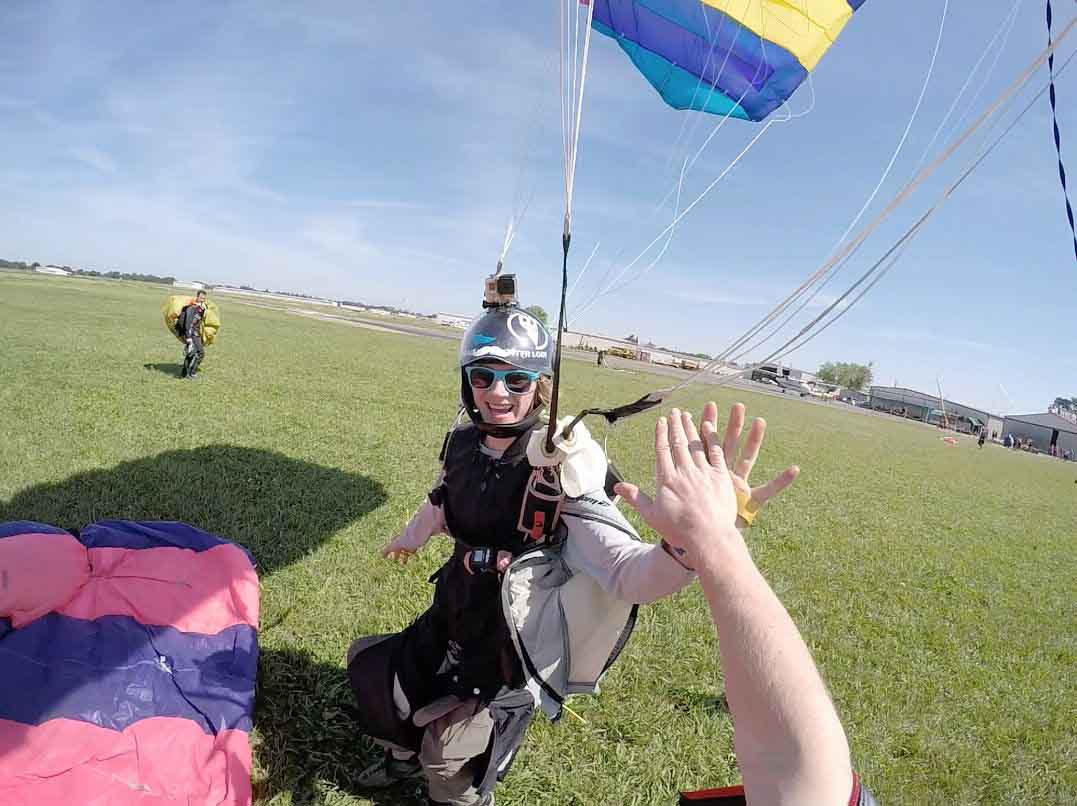 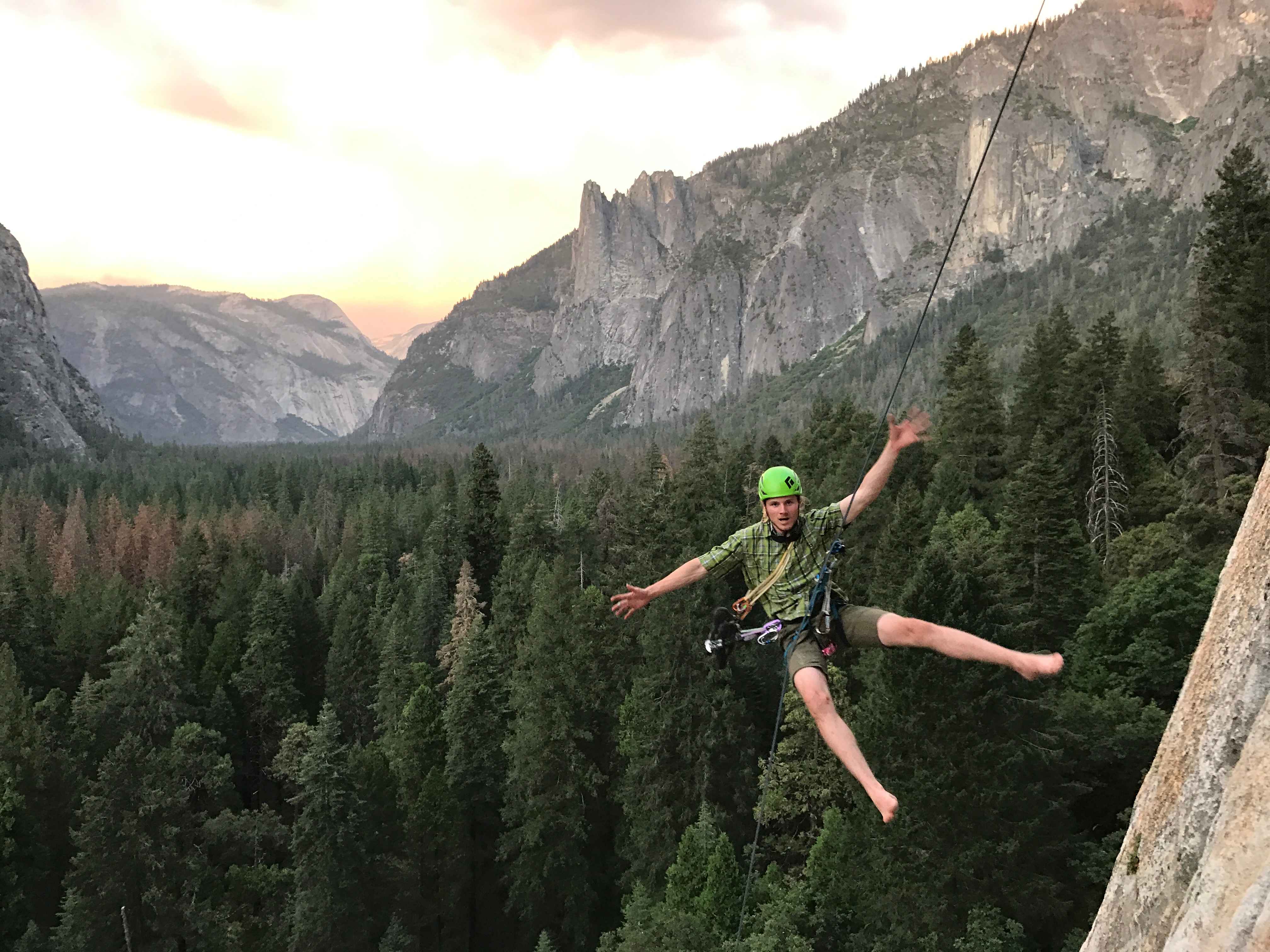 What gear do you jump?

A shoutout to Squirrel for making the best wingsuits and gear that I’ve ever jumped! I wear clothes from Belong Designs. 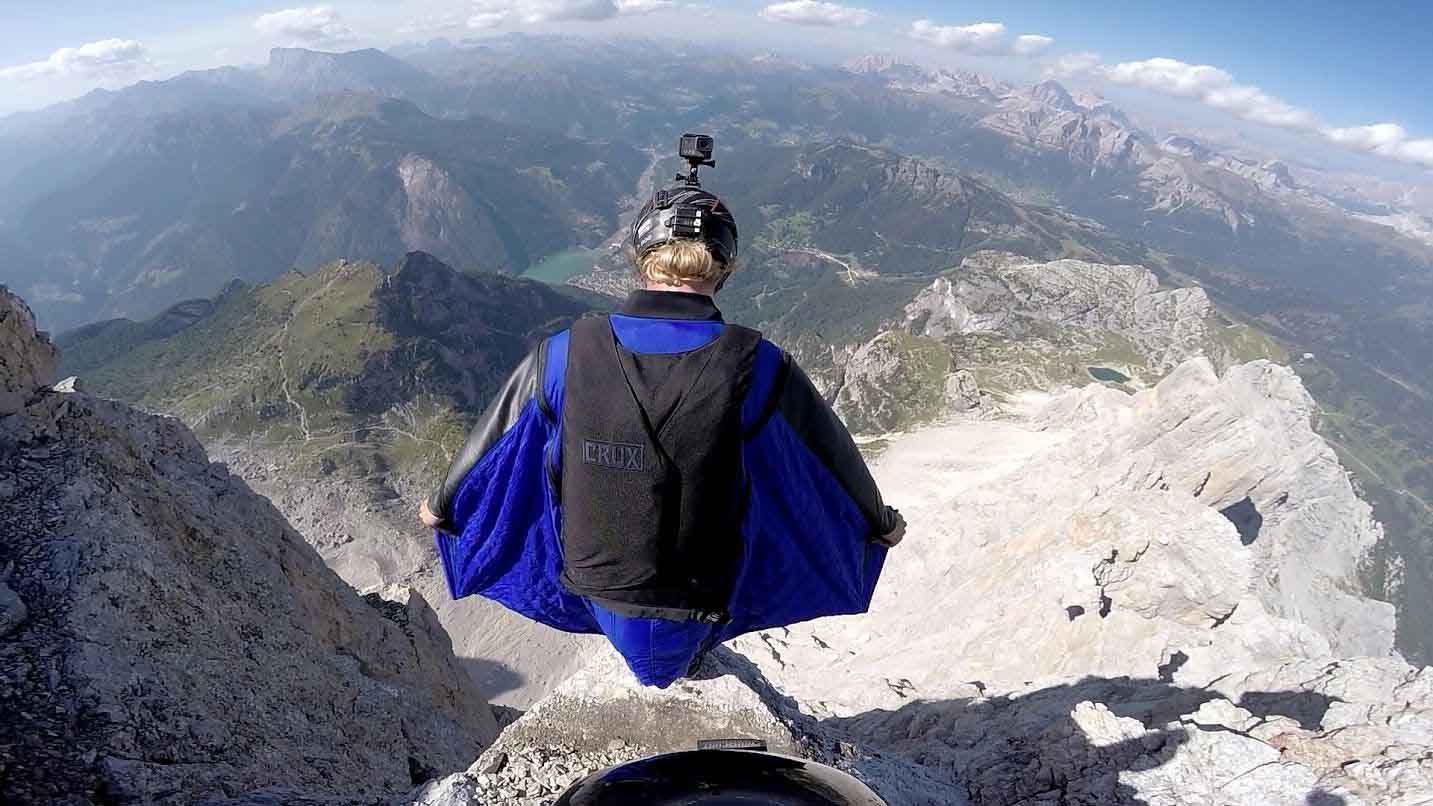 Daniel you seem to be a rising force in the wingsuit world. What’s been the biggest motivator for you to train so actively? Starting at such a young age is a double-edged sword. It’s easy to push harder than my true abilities, so I try to increase my skills in a logical progression. Watching and listening to people who have been in the sport much longer than me is important. I want to be the best I can and the only way to get there is training and using science like overlaying GPS data onto laser terrain profiles and knowing the glide you are capable of. BASE is easy when everything goes to plan and we all feel invincible until we are not. You have to train hard to be ready for those times when things don’t go to plan.

Do you feel that being so active has been a big contributor to your progression? Currency and training are key. If you practice your canopy skills on every jump and stay current, it will definitely help when you have to land in a tight area with obstacles in every direction. Any time I take a break from jumping I have to ease my way back to where I was, so I try to avoid those breaks.

What’s been the most enjoyable aspect of BASE? I love getting new objects and opening objects. It’s an awesome feeling jumping something new or jumping something no one else has done before. Also meeting awesome people. I’ve made some of my best friends and met some of the coolest people I know through this sport.

What’s the biggest problem in BASE right now, and how could we solve it? I think the biggest problem has been lack of communication, lack of education, and the desire to be sponsored. There seems to be a few of these trends that are changing right now. With wingsuiting more experienced jumpers are working to spread their knowledge to those who are new in the sport. There are articles put out from Top Gun BASE and Squirrel with detailed diagrams and videos. It’s helping more people learn the proper techniques and how to approach certain types of flying, like flying terrain with minimal dihedral to give yourself the most speed and margin. Also there’s been a shift in what content gets pushed. Now 95% of sponsored content you see is racing, Acro BASE, or just cool big mountain flights instead of pushing proximity to the limit. Those seeking sponsorship now need to really learn to fly their suit instead of just trying to fly lower than the last guy, which is a lot safer.

With the alarming number of deaths in WS base, especially to really experienced flyers, what’s your plan to stay alive? For me, I plan on using technology and setting limits for myself on conditions and what margin I’m okay with. If you look at the BFL, the majority of the WS fatalities are from flying over too flat of terrain (or terrain they hadn’t scoped out that happened to flatten out), slipping/jumping in bad conditions on unforgiving exits, or using improper/mis-rigged gear. Complacency is also a big killer for the more experienced. I like to approach every jump like I’m the one opening it. If the start is technical, I’ll map it out with my laser to confirm that even my bad starts will still survive it. I wear a FlySight on every jump, and with awesome programs like BaseLine and FlySafe I can easily see my start data and line it up over potential exit points. I check the grade of the terrain with Google Earth if it looks like it may get flat. I fly my lines higher before I start working my way down. I’m also not scared of walking down from an exit if I don’t like the winds. I also try to switch up what I’m doing (wingsuiting, urban jumps, aerials) fairly often so I never get to the point where I’m so comfortable that I start getting complacent.

In terms of so many wingsuiters dying, if you look at the BFL this year it’s definitely mellowed out from 2016. There’s been less deaths so far all of this year than last August alone. I think that relates to the last question about how marketing is moving away from wanting hard core proximity videos, so the people seeking fast progression and sponsorship are focusing on safer disciplines in the sport. Also the spreading of knowledge is making the whole community safer. 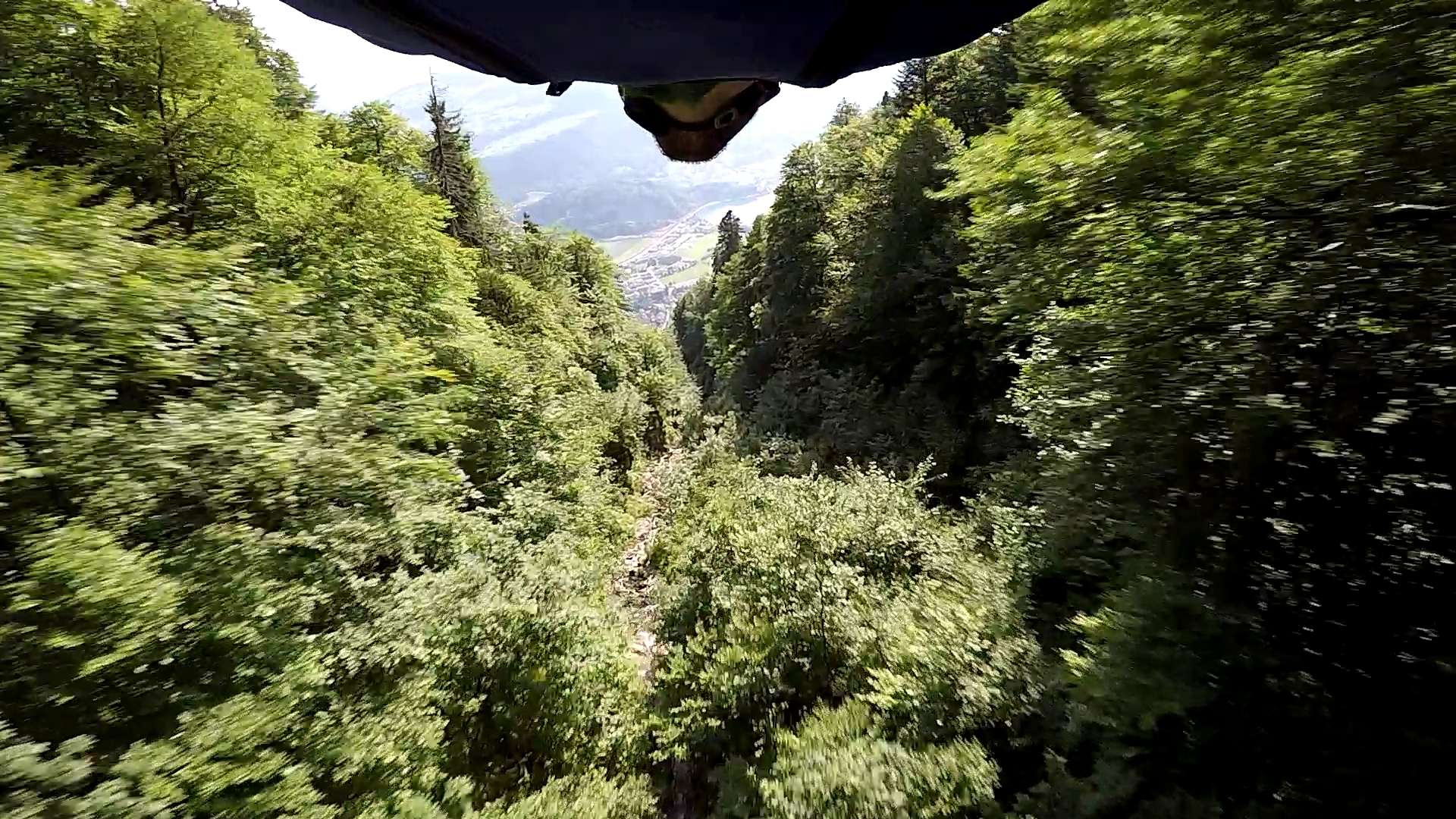 Staying current in everything is key 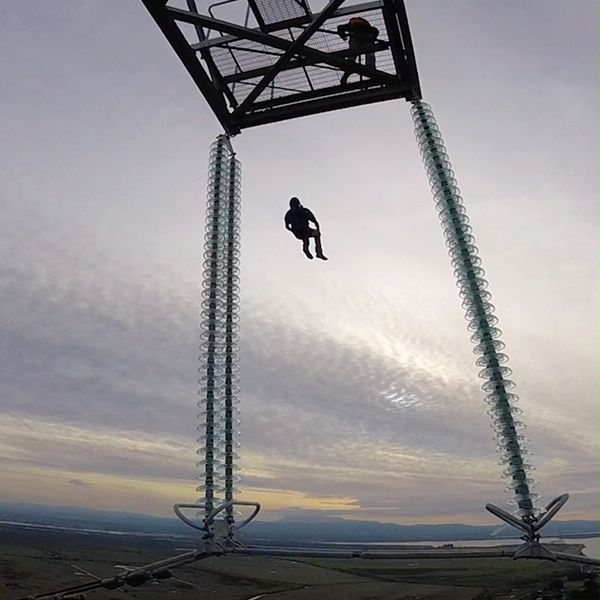 Subterminal sometimes seems like it’s losing love with new jumpers. Do you favor terminal or subterminal more than the other? Subterminal is awesome. It’s honestly a tie for me. I think a good BASE jumper is someone who is well rounded with both. A new urban object gets me just as excited as subterminal aerials or a big mountain wingsuit jump. Staying current in everything is key.

Some people may not realize how often you seem to get new objects but from what we understand it seems to be pretty often. Can you tell us about your latest object? Well before I left on my 5 week trip to Europe where nearly every jump was a new object, I went on a bit of an urban rampage close to home. We did 5 objects, 3 of which I opened in 7 nights. The last one I opened was a 140′ building where we had to climb up the outside from balcony to balcony until we were high enough to wrap around to the fire escape stairs. The access was a bit scary but it had been an object on my list for a while that I was stoked to finally get.

The access was a bit scary but it had been an object on my list for a while that I was stoked to finally get.

Speaking of your Europe trip, how was it? What were your favorite parts? It was amazing! I started in Lauterbrunnen then traveled around to other parts of Switzerland and then to the Dolomites in Italy. At the end of my 5 weeks, I had done 70 jumps from 19 different exits. It’s hard to choose a favorite part because the jumps were so varied. Going to Wallenstadt for just over a week was amazing because you could do 3-5 jumps a day with short hikes and amazing terrain to slowly work your way down to and really dial in your lines. That was probably the most intense and exciting flying of the trip. But then the Dolomites were awesome in a different way. Instead of flying the same thing over and over again trying to get lower and tighter each times, you would do one jump a day, hiking 3-6 hours for it up beautiful mountains and then get to fly for one and a half to two minutes, just gliding around looking at stuff or seeing how far you can fly. That got me just as excited as jumping shorter starts and skimming terrain.

Now that you’re back from Europe, what are your plans? Well I’m going to take a break for a week or two to catch up with friends, probably sneak in a few urban jumps if weather permits, and get back into the climbing groove. One of my main goals of the Europe trip was to dial in my starts and map out the performance I can fly at higher altitudes, so now I want to take that to the High Sierras and start playing around with the legal flights close to home. The High Sierras have always been something that’s intrigued me. The long alpine approaches with interesting climbing access, the remoteness and solitude, the sheer beauty of the massive peaks surrounding alpine lakes… Chris Labounty pioneered some exits up there, and I know there’s many more hidden far off any trails just waiting to be opened. 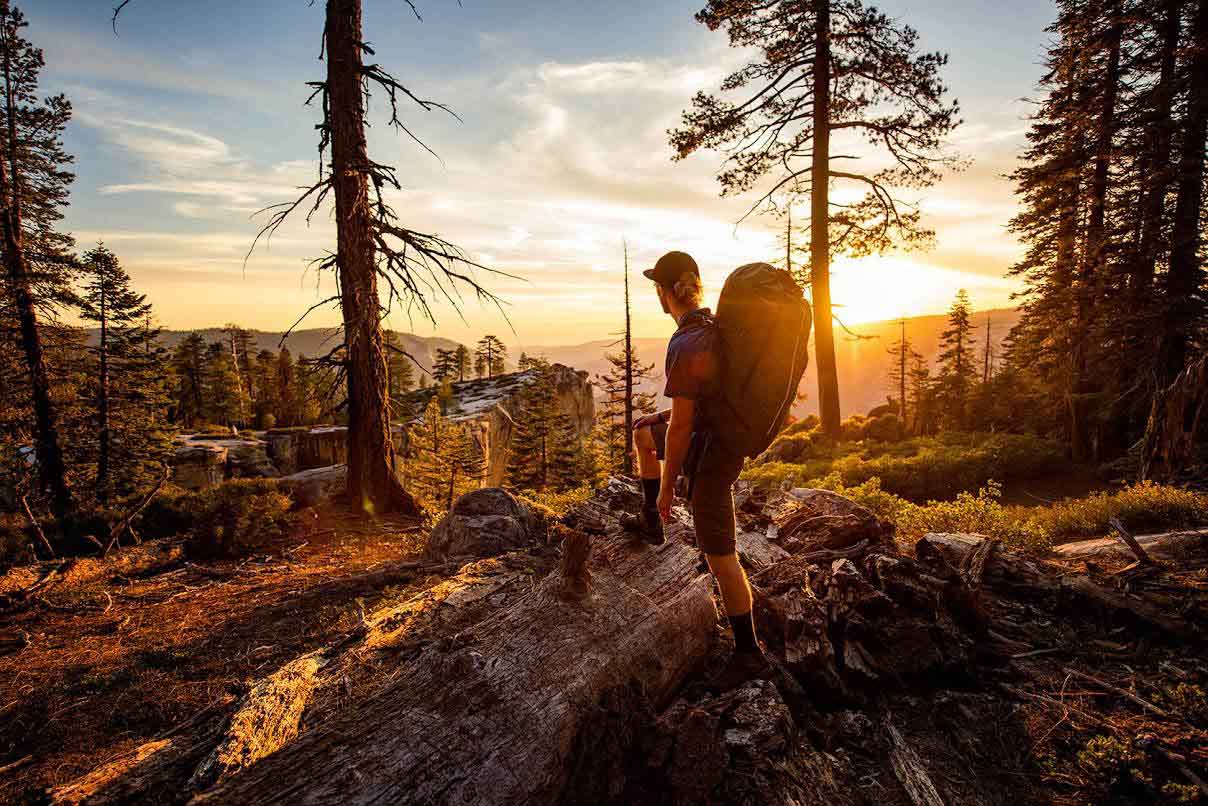