Training BASE Skills in the Skydive Environment 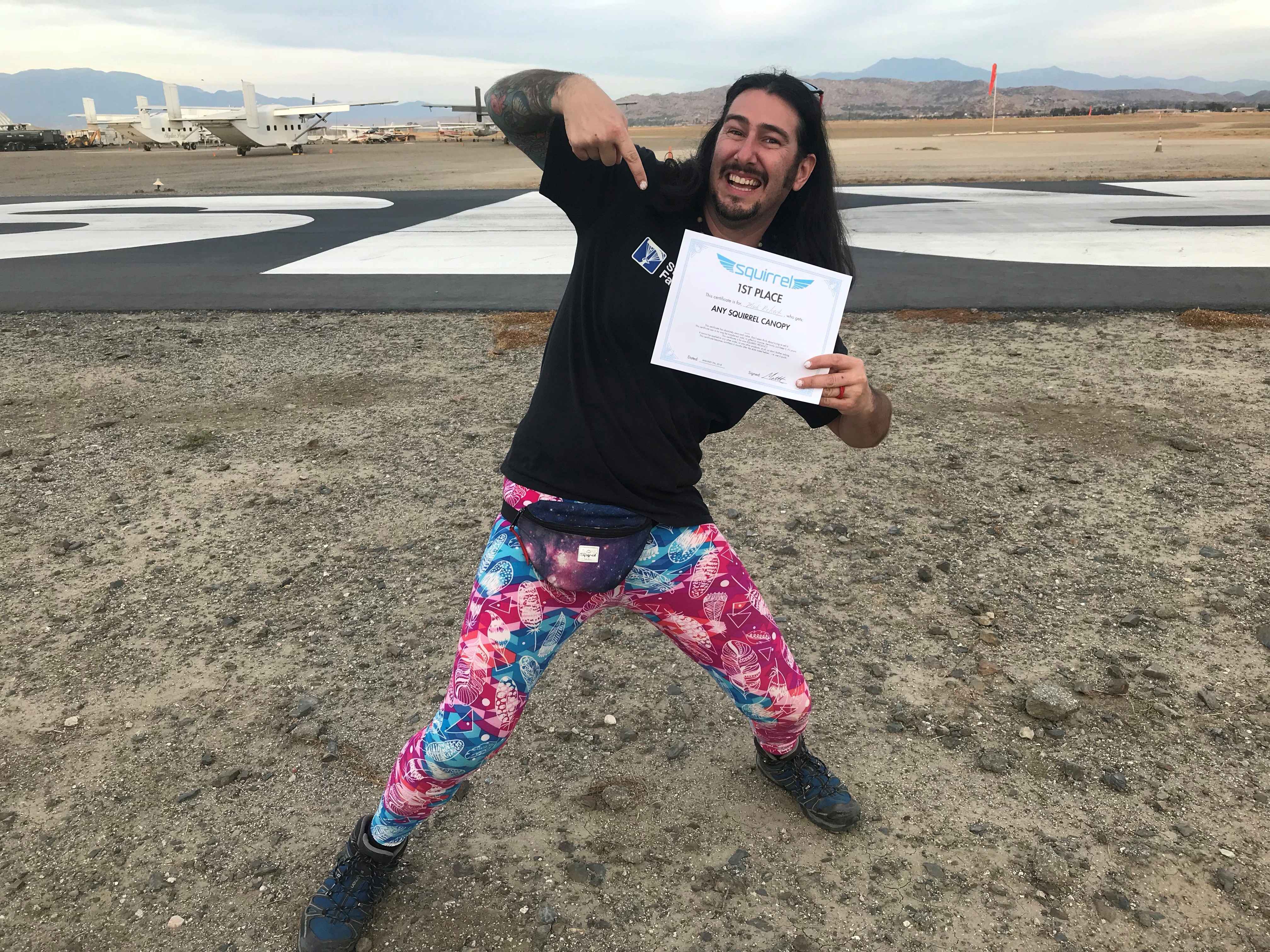 The Next Level Off-Road Accuracy event for BASE jumpers wrapped up with Mark Rickert in first overall flying his OUTLAW. Mark won any Squirrel canopy of his choice, and he is reportedly eyeing HAYDUKE. Congrats, Mark!

The Off-Road Accuracy event is designed to foster the progression of skill and judgment for BASE jumpers. It is an accuracy training competition, using BASE canopies and accuracy targets in a variety of locations on the DZ. Target locations varied from “Low Risk” (a target in the normal LZ) to “Challenging” (a target on a raised levy near a ditch). The harder the target was to approach and land on, the more points were awarded – BUT, points were dependent on safe and controlled target strikes.

Our targets were 12ft square astro turf zones with 2ft welcome mats marking the center as stomp pads. We inflated 40’ (12m) Squirrel pylons to add a visual height reference and placed them in between the target areas. Points were awarded for dead stop landings and participants were de-incentivized to run into the target area after landing and out of the target area after touching down. We also allowed PLFs during competition and awarded points for clean approach techniques such as: stall surges, sinking in, and quarter-brakes approach landings.

Confidence was high among the jumpers and many of were undeterred by attempts to rattle them by putting the targets next to ditches, berms and other hazards. After the first jump, almost all participants were going for the most difficult target, which was set up on the top of the canal with drop offs on either side and a narrow runway for the approach.

To deconflict the traffic we arranged the hop-and-pop passes by wing loading and put the jumpers on teams to promote teamwork in the traffic pattern. The successful teams communicated with each other about strategies for leaving open air space for everyone. Will Kitto acted as the plane captain giving advice about exit separation and spotting to give everyone the best opportunity for clear airspace. 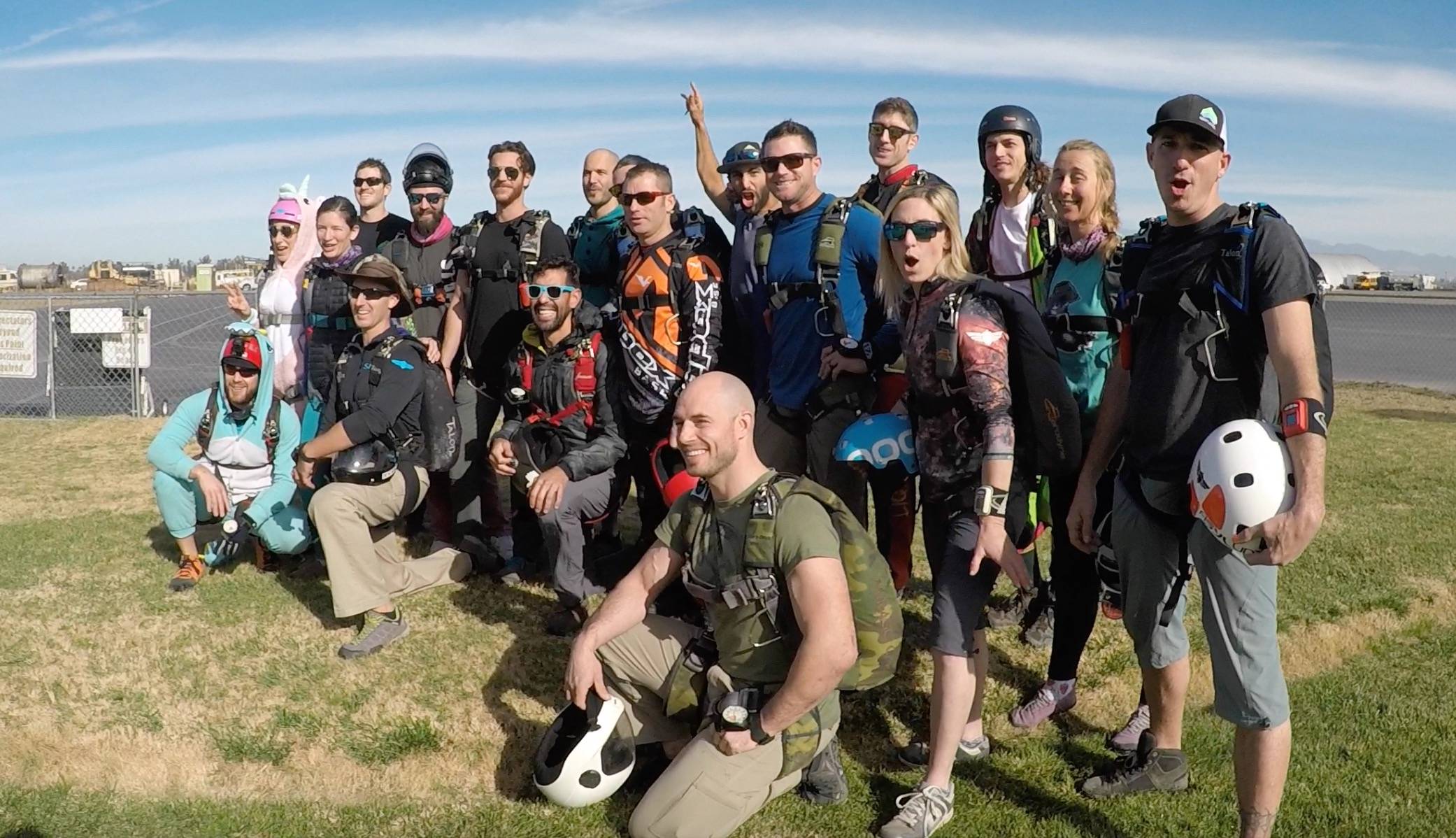 Next Level BASE instructors were on-hand to provide coaching and training. James Yaru spearheaded the rigging effort, helping jumpers assemble their BASE canopies into skydiving containers. He also shot video of landings for anyone that wanted a quick debrief. Mat Laj and Katie Hansen jumped with the participants and were available for advice between loads.

The most poignant learning experience was seeing many jumpers come to the realization that they were not taking advantage of the full range of flight that their BASE canopy had to offer. As the day went on, participants accessed more maneuverability and speed range in their canopies. Precision, judgement, and focus improved. And, by the end, I think everyone left a better BASE canopy pilot… mission accomplished!