Women on Wings has announced a European Women’s record event in 2018 from two massive beasts!… 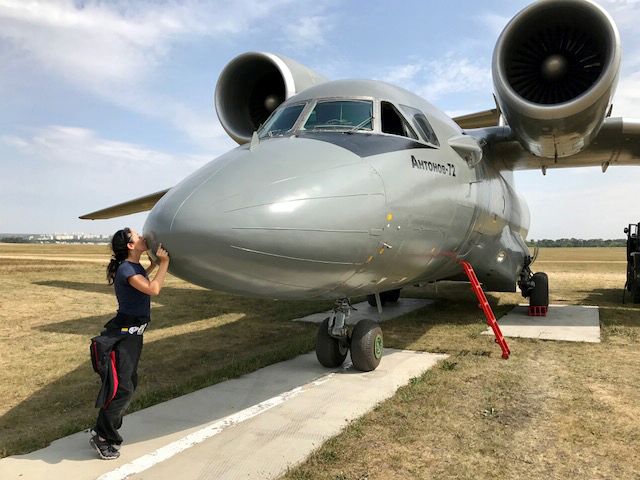 The goal of Women on Wings (WOW) is a 120-way European Women’s Record, which would beat the existing record of 101, set in Russia, in 2014. The jumpships are two giant Antonov 72s, that each take 64 jumpers to 15,000 feet in 7 minutes! The climb is so fast it is not even necessary to wear oxygen. Jumpers tried it and so sooner had they fitted the mask, it was time to take it off again! The tailgate trap is huge and it goes under the plane. The engines are placed over the wings so even though it has a dropping speed of over 180 km/h there is no blast. It is very easy to have a good exit with a lot of people out in 5-6 seconds.

The record event will be held in Korotich, 10 km from the lovely city of Kharkiv (aka Kharkov), in an absolutely safe place of Ukraine. The dropzone has good facilities, food and a massive landing area – 5km by 5km! Fine dining and entertaining cost very little. An international big-way camp was held in Korotich in 2017, to rave reviews by participants.

There are direct flights to Kharkov from various cities in Europe, as follows, and more:

Direct flights are expected from Vienna and probably from Germany. Visa is free entry for residents of the European Union. 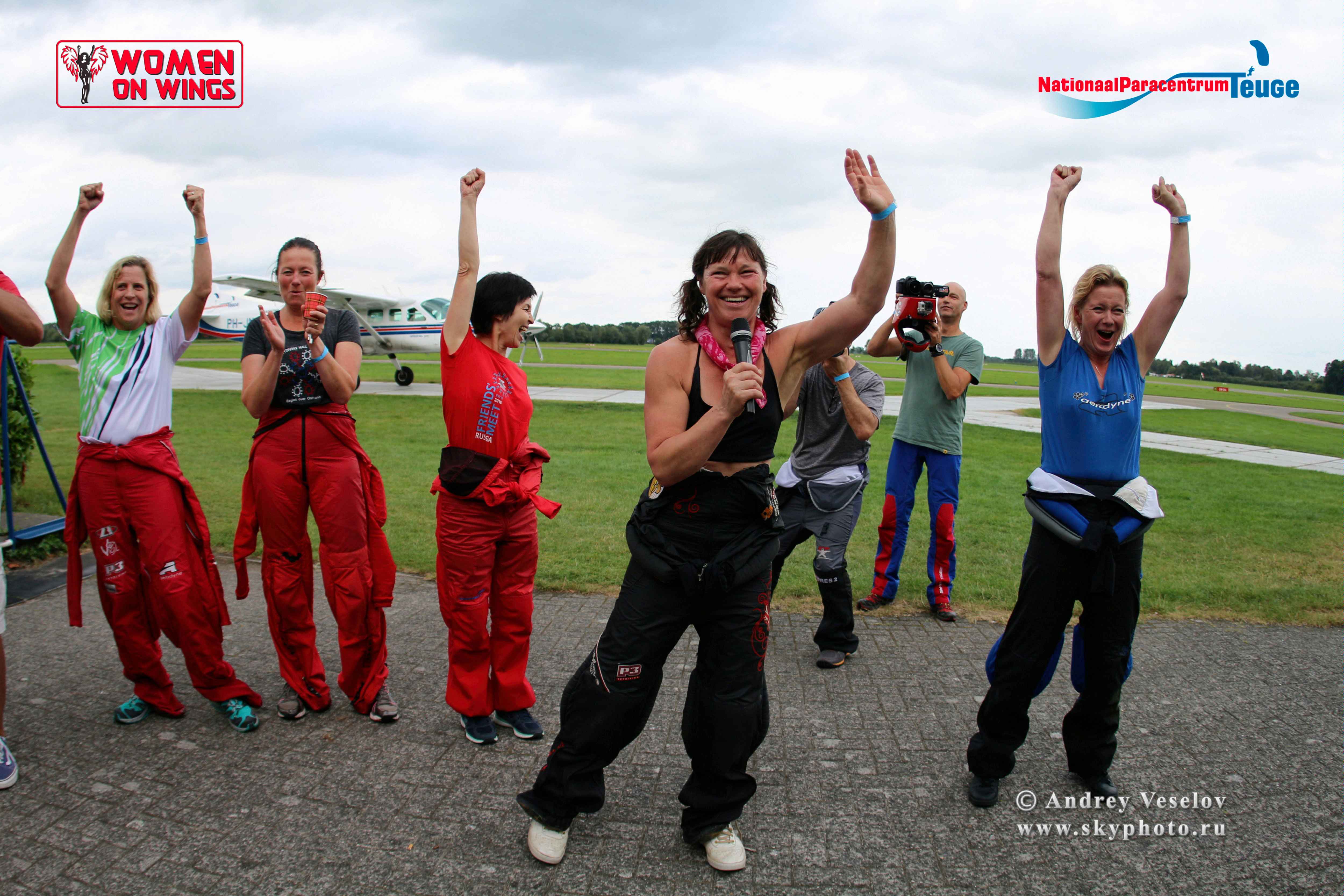 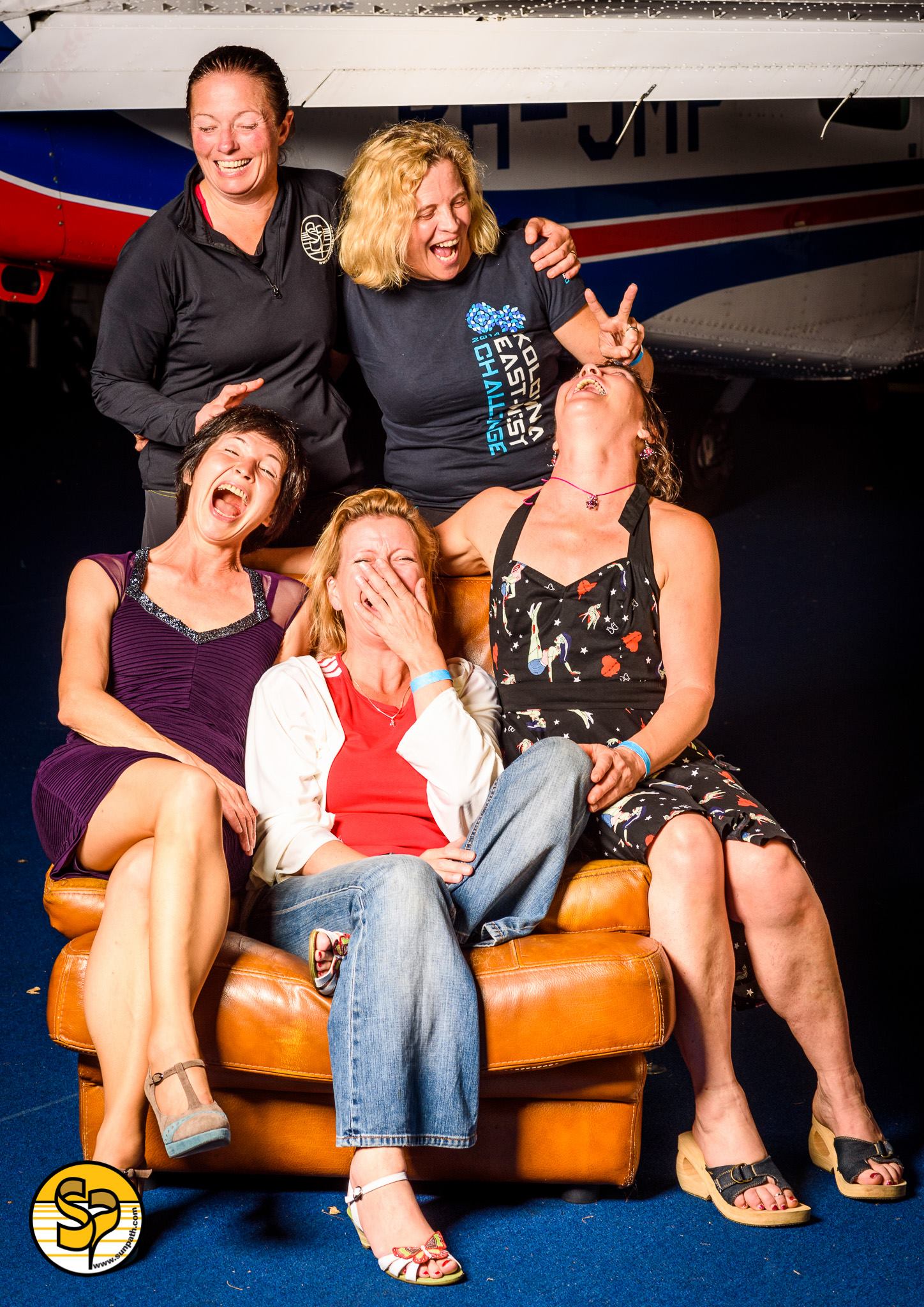 The event is five jumping days, July 30, 31, August 1,2, 3, 2018. July 29 is the arrival day, departure is afternoon on August 3, or on the following day. Sequential Games is running the Kharkov 100-way Challenge immediately afterwards at the same dropzone (4-8 August), so it is easy for qualified women to do both events with one set of travel time, and stay at the same hotel for both events. 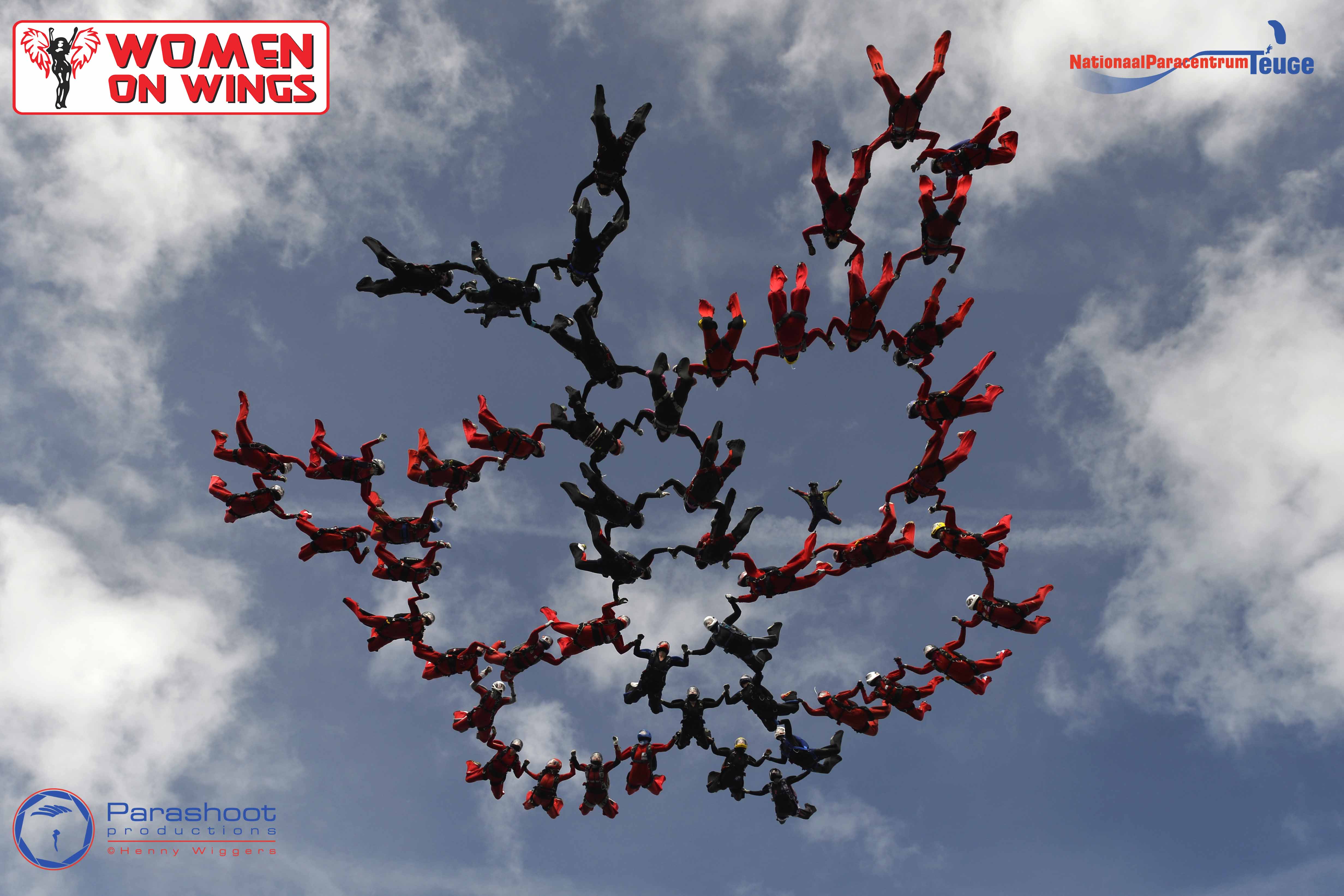 Great deals have been negotiated at excellent hotels in Kharkiv, with 3 options:

Aurora Hotel – 25 Euros per person per night in a double room to share, breakfast included. 25 Euros x 6 nights = 150 Euros per person, sharing. There are no single rooms in Aurora but it is possible to take a Double Primer room for 50 euro, so Single in Aurora – 300 Euro (6 nights) https://aurora-hotel.phnr.com/en/about

National Hotel – 15 Euros per person per night in a double room to share, breakfast included. 15 Euros x 6 nights = 90 Euros per person sharing. There are also single rooms available for 20 Euros per night, total 120 Euros for single occupancy. (Other options may be available on request). http://national.kharkov.ua/

A package price including transfers (from airport and DZ) is being put together, to be most economical for participants. The cost has not yet been finalised but is expected to be good value, as the location makes jump prices very affordable.

Women on Wings has a network of ladies all over Europe, with representatives from different countries helping coordinate participants. Personal invitations have been sent out to all ladies who were on the previous WOW 3-point 56-way World Record, and other known big-way rockstars. 110 are now registered, there are 10 slots left.

There is an Alpha team of selected superstars, ready to improve an area if needed.

WOW invites any qualified European female skydiver to apply, by filling out the application form HERE. Participants must have a valid European FAI licence with 2018 sporting licence to take part. 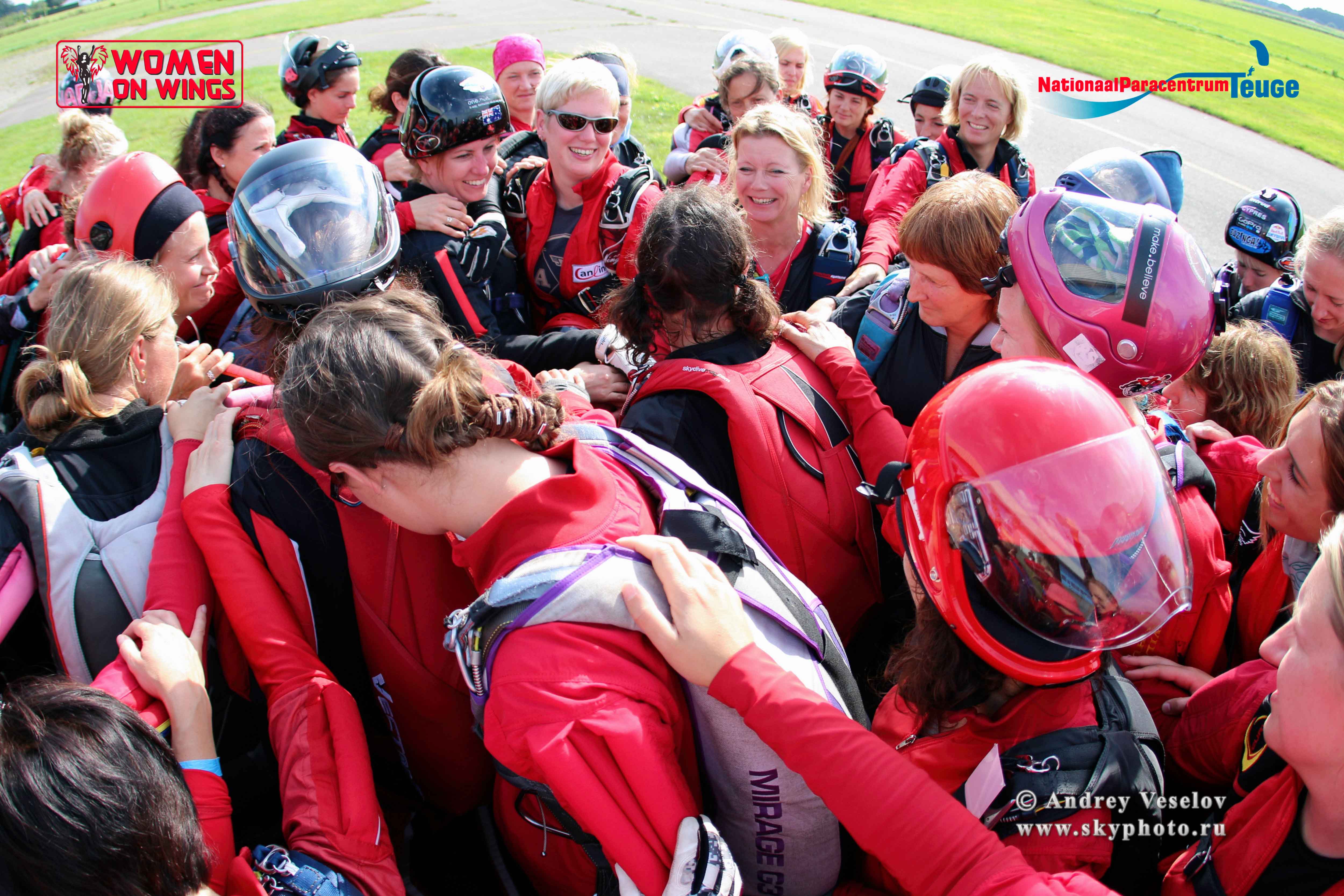 The first day the team will train in two groups of 60-ways, from a single Antonov. The base will practice their build, while the outside sectors will mimic their formation, around an alpha team base. If either or both groups made a 2-point 60-way, this would set a new European Women’s Sequential Record! A 3-point dive would be a new Women’s World Record! (Current records are 2 and 3 points of 56-way, set by Women on Wings in 2016.) Of course these would have to be declared to the judges prior to the dives in order to qualify. A point of interest, if two groups set the same size record on the same day then both are counted as successful.

Apply for the event HERE