Leah Levy, the founder of an ingenious new company called Levity Hammocks & Swings, is one of those impressionable people you can’t help but remember long after you meet.

One thing that’s very quickly apparent: she’s super smart. She seamlessly tethers together her formal education in Industrial Design, varied work and rich life experiences, emotional intelligence and personal passion in a way that makes you lean in. She is an idea factory who produces deliciously sticky ideas that are bigger than she is; bigger than we all are.

She’s delightfully self-aware and grounded. Hailing from West Virginia, Leah grew up in “town” but spent a whole lot of time outside hiking and camping “in the boonies”. She has a tremendous appreciation for nature, is in awe of its beauty, and is committed to doing her part to take care of it. She gets the details and the big picture and has the chops to piece them together.

She’s wonderfully humble. When talking about her accomplishments and her vision for the future, she is immediate in crediting the people who have supported her – her mom and her family, her friends across the country and the world, her colleagues, her professors – and gushes with gratitude for each before adding how nervous she is that she’ll lose momentum or let them down.

She’s mega positive. Google her name and you’ll see for yourself. She exudes positivity through such bright eyes and huge smile that her generosity of spirit jumps right out. She knows that she has it in her to apply her time, multiple talents and extraordinary vision to make the world a better place and she won’t quit until it’s done.

She’s hella committed. Leah fell in love with skydiving after watching a family friend make her first tandem for her 70th birthday. As she pined for her 18th birthday, she socked away 10% of every paycheck from her waitressing job and hid it in a shoebox under her mattress. With its discovery came her confession of what she planned to do with it … and then she and her Mom did their first jump together. (Need another example? Read on.)

You know what else stands out about Leah? She’s 22. This trailblazing megawatt of a human being is fixin’ to graduate from college and the sky’s the limit on where she goes from here. As a young entrepreneur, Leah is just getting started.

Leah started collecting pilot chutes last Summer. She couldn’t bear the idea that after thousands of jumps and potentially decades of love and care, they would end up in a landfill. Offering 10 to 80 square yards of lightweight, breathable, ripstop nylon, she knew they held incredible promise … but for what? The idea to make a hammock struck her, but she didn’t know how to sew. That might stop some people, but not our Leah. That above-referenced commitment plus a darling dose of serendipity made all of the stars align.

Leah took a semester off from school to fulfill an internship with United Parachute Technologies in DeLand where, among a number of expected as well as unexpected things, she was required to learn how to sew and to read and make patterns. And she essentially hasn’t stopped. Immediately after making a hammock for herself from her growing collection of donated parachutes, she knew she was onto something. Perhaps something big.

She took the idea back with her to Virginia Tech where she turned her craft project into an independent study. While designing her course outline, Leah realized that it was likely the perfect project for her senior thesis. Her professors loved the idea but were apprehensive, having grown weary of her determination to align every class with skydiving. Nevertheless, she persisted and so they encouraged her to ground her idea in research and carry on.

Turns out, that’s just the push Leah needed to zoom all the way out and see the power of her idea in context. Her research on the cradle to grave business model of parachute manufacturing demonstrated that the problem she was trying to solve was significant and she set off to figure out how non air-worthy chutes and gear be deconstructed and upcycled to appeal to a broader audience and user group.

Answers came so fast that her professors cautioned her to slow down, to be deliberate and to harness wisdom. How does the proverb go? If you want to go fast, go alone; if you want to go far, go together? Leah has learned that there’s truth to the saying, and she’s taken her entire community with her on the journey to Levity.

Leah’s first product prototypes were miniature in scale; the perfect size for her roommate’s pet rats. To preserve fabric, early iterations were picked apart and recrafted. First came the hammock, borne from her original vision, then the hammock chair and then the pocket swing. Each design references the virgin product, with line attachments and load suspension points as well as parachute hardware. Nothing is scrapped; everything has potential.

Having amassed more than 25 parachutes, Leah is careful to document the history and preserve the story in each. Some have come from friends, many from strangers; a number safeguarded the British military and several have never jumped due to a production flaw; tiny high-performance canopies are paired with tandem chutes that carried thousands of first timers. And every one is laced with memories. This chute stranded her owner in a tree for hours and this was the one he flew the day he met his wife; that one was the star of a viral video after being cut up with knife for a laugh. Learning of Leah’s project, people from across the country have entrusted her with their beloved parachutes knowing that she will respect the legacy of each as she weaves transcendent new life into each sail.

Today, the Levity production line consists of one sewing machine and one stitcher: Leah. She’s banging out gorgeous, high-quality product as fast as her single needle will allow but the demand will soon overtake her. On June 28th, she launched a Kickstarter campaign with the goal of raising $25,000. As an all or nothing strategy, Leah will either have what she needs to take Levity to scope and scale (purchase equipment, secure her license, establish the brand, push out the marketing, and tinker with additional products to add to the line) … or she won’t. Given the momentum of the campaign out of the  gate, she’ll meet and exceed her goal. As of this writing, she’s less than a week in and has already crossed the half-way mark with contributions so far pouring in from across the US, Singapore, Australia, Russia and Cambodia. 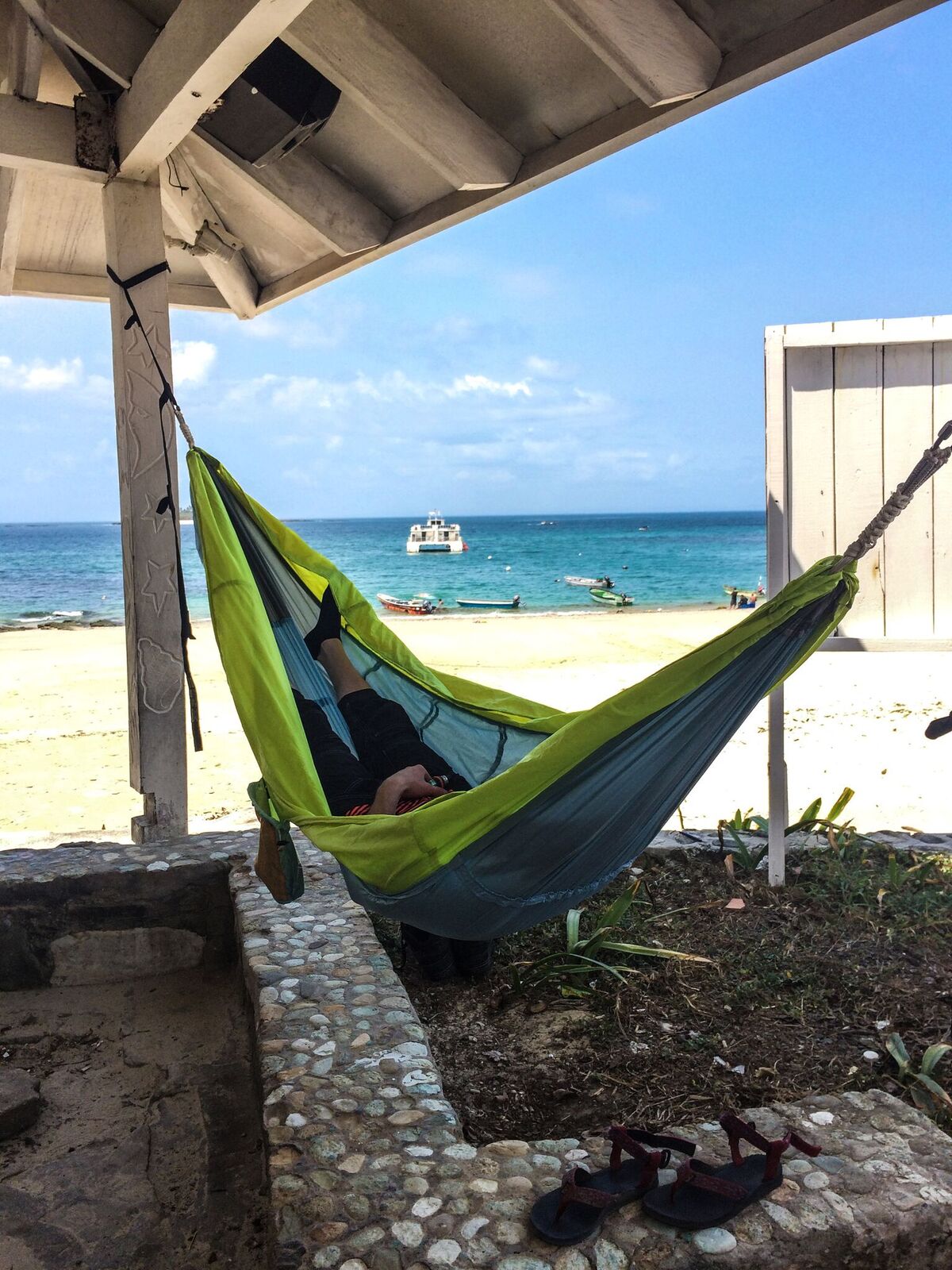 Levity is the perfect name for Leah’s business. It’s a playful take on her last name – Levy – and suits the definition of the word perfectly. Referring to the treatment of a serious matter with humor or frivolity, levity is associated with laughter and quick wit, evokes joy and lifts spirits. But it’s even deeper than that.

Leah’s grandfather was a lawyer by day and a magician in his free time. She was in awe of him as a child and he was respected and popular among his peers. He famously had a backyard pub called The Levity complete with a sign depicting a magician in silhouette levitating a woman. Amazing.

Now 92, Leah’s grandfather and her grandmother who is turning 90 this week (Happy Birthday, Grandy!), are not entirely sure what Leah’s up to; the notion of sustainability is somewhat foreign to today’s senior adults. They know Leah is a skydiver (and don’t want to know!), and they know she’s forever generating big ideas, but they can’t quite fathom how she’s blended the two. After this week, Leah can likely rest assured that every last Levy from East coast to West will get it, and skydivers, outdoor enthusiasts, historical collectors, industrial designers and environmentalists across the globe will want to get in on it.

Buckle up, Leah, the wind is at your back and your whole community is cheering you on. Bravo.