Steiner leaps from seaplane and lands on its wing

Paul Steiner landed on the wing of the same seaplane that he skydived from! The 55-year-old jumped at 1,500 metres over Lake Wolfgang in Salzburg, Austria and landed perfectly on the left wing just after the seaplane had landed and come to a rest on the water.

Paul said: “ I have been playing with this idea for a very long time. During the guest visit of the 1950s-built American seaplane Grumann Albatross at Hangar-7 in Salzburg, I immediately saw my chance to put this dream into action.” 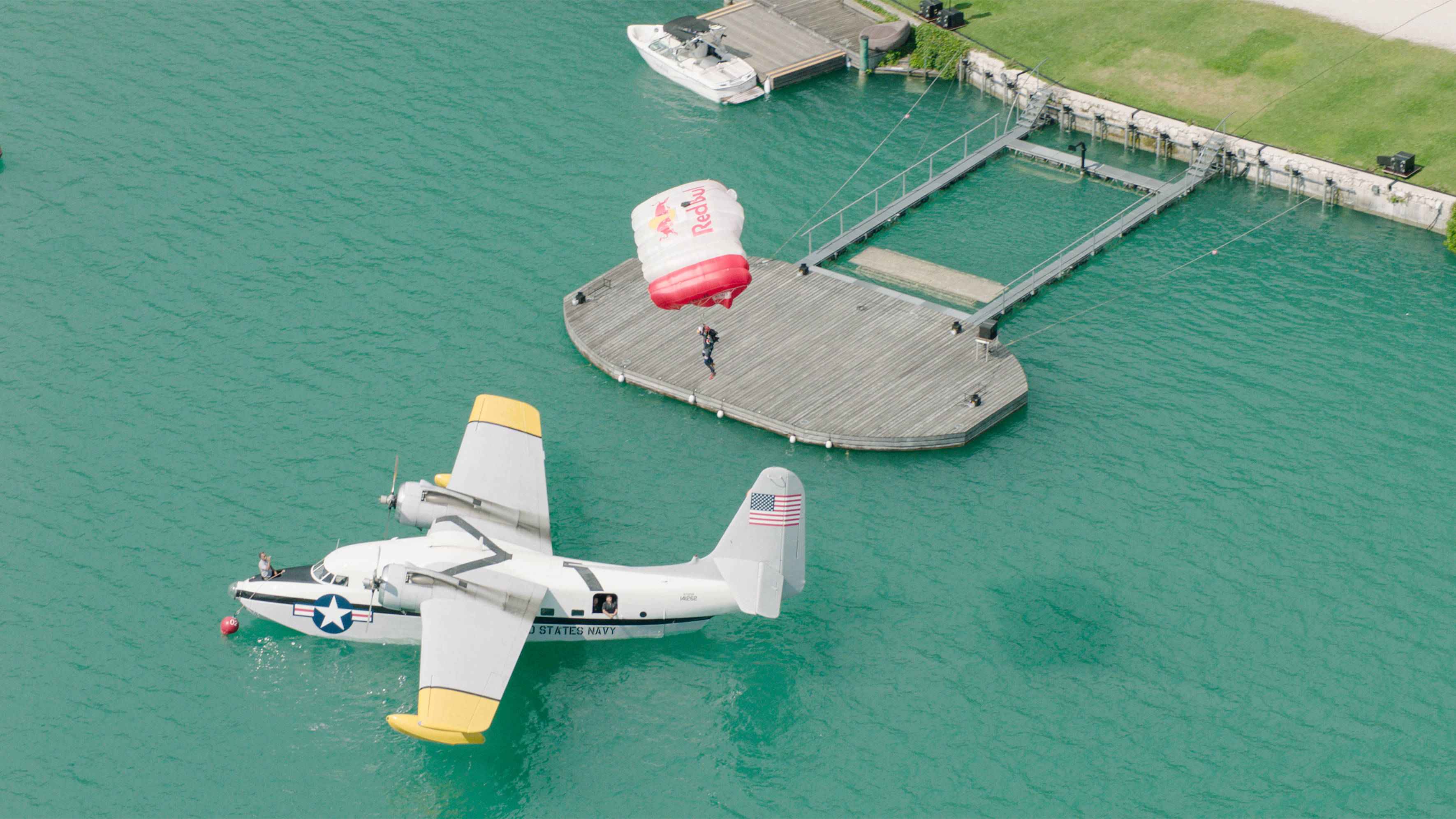 The plane was piloted by Flying Bulls chief pilot Raimund Riedmann. Steiner had only a two-metre landing strip to land on. He celebrated with a punch of the air from the wing of the aircraft followed by a dive into the summer waters below.

He added: “Flying is addictive. Anyone who practices air sports knows this. The challenge of constantly trying out new things and physically and psychologically touching your own personal limits always drives me on.”