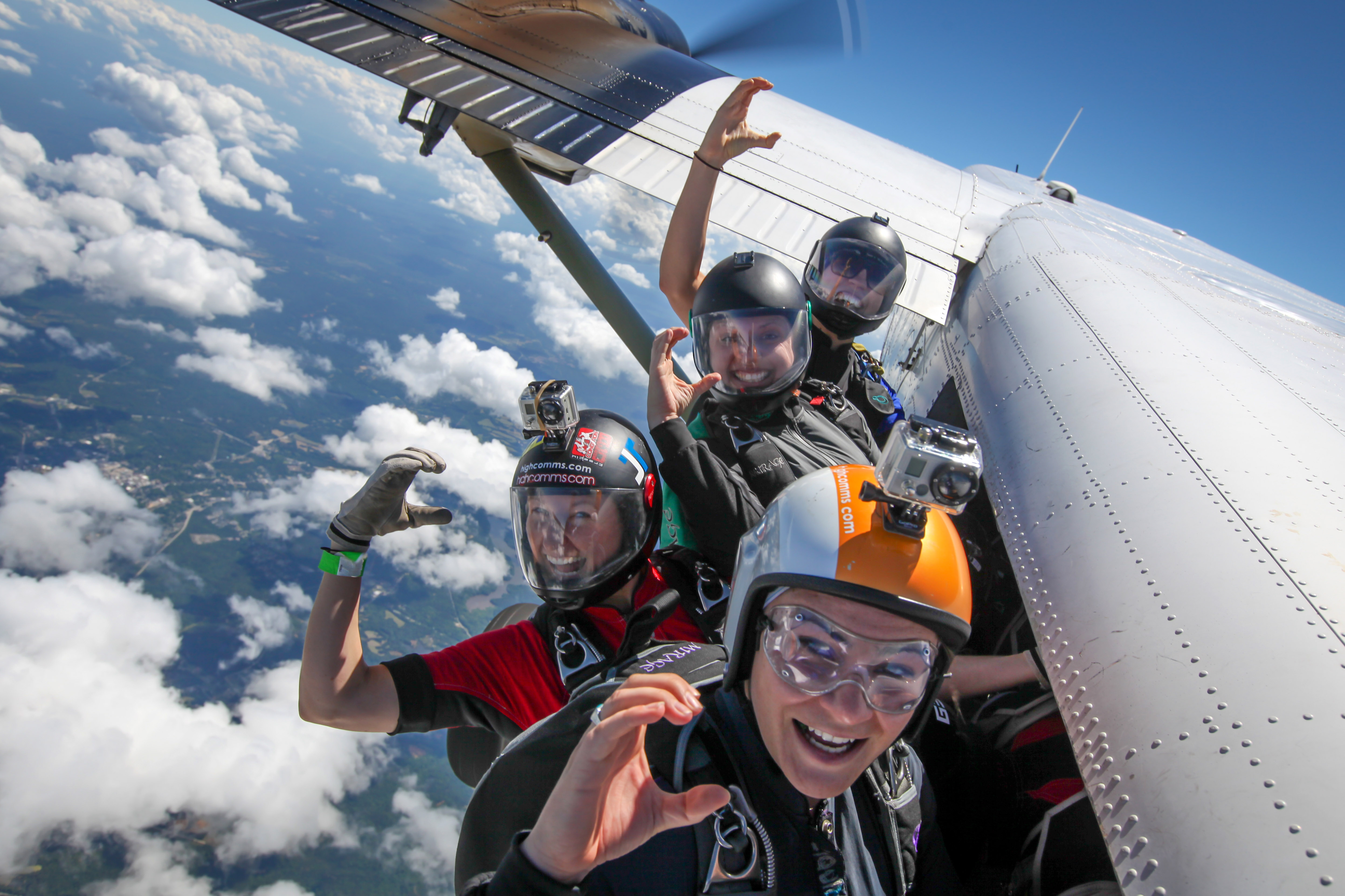 If you jump with a GoPro or Contour camera, we would like to remind you about USPA’s recommendations: that skydivers hold a C license before jumping with a camera, AND have received instruction about potential problems from an experienced camera flyer. Skydive Arizona wholeheartedly supports these recommendations for very good reasons. Someone with low jump numbers may not have the experience and awareness to handle a problem that is complicated by a camera system. They also may not have a clear idea about how the camera will interact with other components of their equipment.

If you find yourself with a complex emergency at 2,500 feet above the ground, your useful life expectancy is ten seconds.

Experienced jumpers around the world are reporting more and more incidents involving the new era of cheap, small cameras such as GoPros and Contours, especially when combined with low experience levels. In reverse order of fright factor:

Eight weeks in to the skydiving year, there were already at least three cameras lost on exit over Skydive Arizona. That camera has to land somewhere. Although seemingly small enough to be harmless, would you want to be hit in the head with a Contour dropped at 13,000 feet? Would you want a GoPro in freefall to hit your car’s windshield? You are responsible for everything that you leave the plane with.

People are distracted by making sure the camera is on, or trying to get a shot so they fail to remember safety basics. This has led to things like misrouted chest straps, ruining the spot by not being ready to exit, and of course freefall problems during the dive as inexperienced camera flyers strive for a shot. Cameras should not be used until all other elements of the skydive, from gearing up to landing, are so familiar to the jumper that they are second nature.

If engineers sat down and tried to devise a great way to accidentally tie your parachute to your head, they would have a hard time beating the design of these cameras

Problem 3: Jumpers who have not given it serious thought

Some jumpers have not given serious thought to the potential problem of the camera capturing a pilot chute bridle or steering line. If engineers sat down and tried to devise a great way to accidentally tie your parachute to your head, they would have a hard time beating the design of these cameras. Most of the helmets being used with these cameras are not equipped with quick-release fittings. What are you going to do if your steering line ties itself to your Contour? What if your pilot chute bridle wraps around your GoPro? What if the bridle is your reserve’s?

Some enterprising skydivers did an experiment with a GoPro and pilot chute to see what might happen if a bridle wraps around the GoPro mount:

What happens if… ?
… a bridle wraps around the
GoPro mount?…

Here is a video example of a real situation – this entanglement cleared but imagine the consequences if it had not:

Inexperienced tracking, angle, or wingsuit jumpers can become so focused on their camera shot that they lose track of where they are. The least harmful outcome is an uneventful out landing. The worst possible outcome is flying into the airspace of another group from the same aircraft with the attendant potential for freefall, canopy, or canopy/freefall collisions. 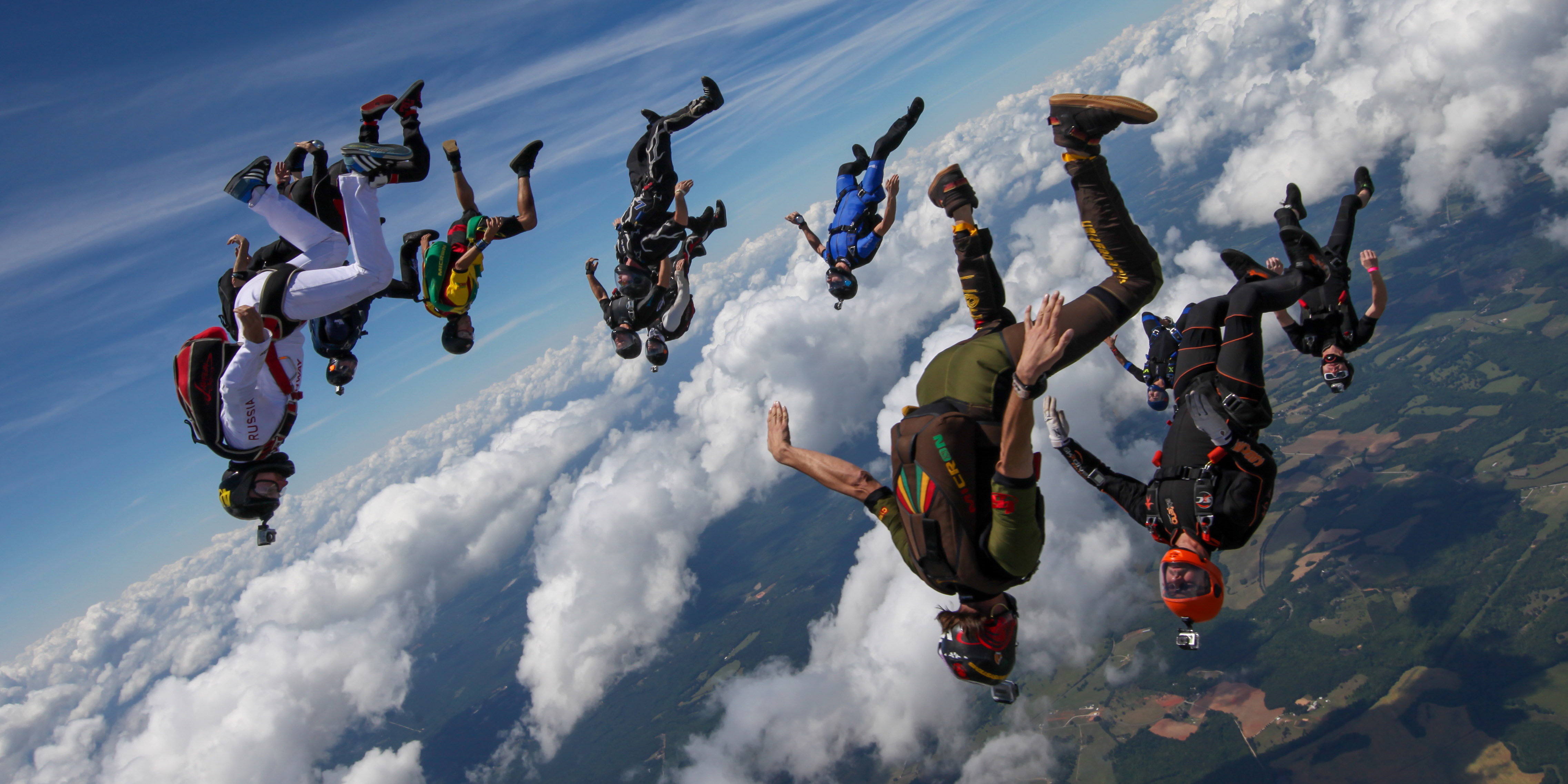 I had a conversation with a 70-jump skydiver wearing a GoPro. He had never even glanced at the SIM Section 6-8 [Skydiver’s Information Manual, download from USPA], which has recommendations for jumping with cameras. I suspect he had no idea of its existence. He had never consulted an experienced camera flyer. I asked him what his plan was if he caught his pilot chute bridle or a parachute line on the GoPro. “Cut away and pull the reserve.”

Before we continue, give this some thought. Visualize the possibilities. Will this make the situation better, or worse? Is there a better solution? What would you do?

“Have you given any thought to getting rid of the helmet?”

“No. But the camera should come off. It’s a breakaway mount.”

“Have you practiced that?”

If you find yourself with a complex emergency at 2,500 feet above the ground, your useful life expectancy is ten seconds. If you cannot recognize the problem, come up with an effective solution, and implement it in less than ten seconds, you could die or suffer severe injuries from riding down under a main-reserve entanglement.

To survive this kind of problem requires skill, preparation, proper equipment, detailed knowledge of how it works, and practice. Add to that a cool head and ability to act quickly and decisively under pressure.

Does that describe you at 70 jumps? At 200? If not… maybe put that camera away until you have spent a little more time in the air and received some training from an expert.

About a week after I posted this on our Safety Board, a guy with about 500 jumps did throw his bridle around his GoPro. He ended up deploying the reserve successfully around the horse-shoed bridle, and then took off the helmet. His main pin came out then and he landed out with his main bag and helmet, dropping them right before landing. It turns out he has a habit of waving off with his pilot chute in his hand!