I am an enormous human and thus have never had to deal with physical bullying, but battled against much laughter and derision for such things as not only being a member of our school tabletop wargaming club, but acting as its chief organiser.

The commodification of nerd culture in recent years has possibly made that a much less mockable position than it might be today, but this was the early 90s (before the internet made geeks of us all) and children are mercilessly cruel. Look at me now, losers! I am a skydiver! I live in a van and smell like a damp labradoodle, but just you check out that profile picture!

Our natural tendency as humans is to arrange things is to manageable pieces so as to better understand how they work. How do we assemble the currency of how awesome we think we are into a quantifiable form so we can properly asses who, in fact, is coolest? This is very important. We need to know.

Let Us Examine The T-Shirt….

It is a very simple thing, yet culturally significant, and omnipresent enough to be perfect for the purpose of weighing up with accuracy and legitimacy exactly how fantastic you are. It’s the universal measure of hipness. You can get examples by Vivienne Westwood or some other laughable fashion designer featuring a wonky-eyed unicorn with a glittery horn for the same money as the down payment on a car and be ridiculed for it as soon as the seasons change. Or, you can pick up three whiteys of dubious ethical origin from your local scary market for the same price as a pumpkin-spiced frappucino and look just like James Dean for the next decade, possibly.

Seeing as we are all agreed that the t-shirt is the choicest sartorial currency by which we may all be correctly judged, let us look at its use within skydiving in particular: a peculiar sport, free from ego and all other forms of bullshit, where no such behaviour is known or tolerated.

Level 1: A T-Shirt That You Bought

This demonstrates right off the bat that you are truly dedicated to the skydiving t-shirt progression coolness system. It shows that you have money not only for all the skydives you want and need but enough also to embellish yourself with the industry’s dreadful leisurewear.

In the beginning, one relishes each opportunity to explain one’s magnificence to the uneducated masses of humanity throughout the two times a year you find yourself away from the dropzone – the conversational ice successfully broken time and again by some provocative pun in gigantic cartoonish script across your chest like a wearable wanker flag. This is during the phase where you still welcomingly court any and all attention offered up from non-skydivers and are still prepared to seriously answer questions about what happens when your parachute doesn’t open or whatever. These garments are the first steps to understanding how the system works, and are initially worth a great many points in the outside world.

However, the points in question are the Zimbabwean dollar of this game – they are the hyper-inflated Weimar Deutschmarks of hip. Items bought and paid for carry very little esteem within your new peer group. Soon you come to realise this, as the wind howls outside and once again you huddle in the hangar listening to people telling their favourite stories about how some dumbass did something dumb with their ass and nearly brought the plane down on an orphanage or something and killed everybody, or the time Captain Fancy Man swooped into the side of the DZ minibus with a satisfying squelchy clangy thud like you all knew one day he would. Pretty soon you are ready to have your stabilisers removed.

Level 2: A T-Shirt You Got From An Event

By now you have probably abandoned handing over money for clothing forever, realising that regular skydiving comes with an endless supply of free tees – occasionally good, sometimes tolerable, mostly awful. The value of this shirt is its importance as the official, clunky-fonted document of the event itself. These shirts are worth points in general use, but become much more valuable if you wear them to the same event in following years. A shirt you won or were given at said event that would allow you to brag shamelessly about it (in an off-hand manner) given the opportunity. Bonus points are awarded for each intervening year between when you obtained this shirt and the current event.

Level 3: A T-Shirt From An Event You Were Involved With

These are worth many points, but you have to be careful. Examine your shirt. If it is faded beyond a pale imitation of its former glory and the screen print that says ‘Load Organiser’ is now barely legible (which is ok, because the only loading you did was the rubbish bags into the back of a van and the only thing you organised were all those free pull-up cords into your colour co-ordinated collection), beware. Here you need to be careful because if it is too raggedy people will know you are not important, likely blagged that gig and will subsequently be exposed as a shit–bird. Once it gets too shabby you must update it or people will know your skills are not in demand. Garments of this type need to be of a recent event: not so people know you were a big deal once, but so they know you are a big deal now. If it still has the factory creases in, make sure to scuff it up some. If it is too new, people will know you are trying too hard.

Level 4: A T-Shirt That You Got Through Sponsorship

Congratulations! You are now playing on hard mode. Here, the stakes are much higher. Your actions in this realm might have actual consequences. Everyone loves free shit. Yet there is no such thing as free.

There are a great many coolness points to be had through proper representation of your favourite skyjumping manufacturers, but be very careful – it is now easier than ever to look and sound like an insufferable twat. This is a tricky situation to manage as the rules change slightly. There is now no way to actively earn coolness points – you can only earn points passively. If you become Sponsored, never mention it! No matter how much you want to. As soon as you bring up anything to do with any form of sponsorship relating to yourself you are immediately disqualified and must wear a ‘Don’t Forget To Pull’ shirt until the end of the season.

If someone that knows you personally mentions that you are wearing the apparel of a company you are sponsored by, there’s only one dignified way to handle the situation. First, confusedly look down at your own clothing. Then, act surprised that you actually remembered to put it on this morning like you are supposed to, despite the solid twenty minutes of prancing up and down like a Spanish dressage pony you did in front of a full length mirror in just that shirt and no underpants.

If someone you don’t know draws attention to your sponsorship then you must show no visible emotion. Inside, however, you may proceed to cook in the juices of your own brilliance. Hooray! You are on your way to being a somebody. Let the awesomeness ooze from your every pore.

There are many more steps of ever increasing complexity. The game only grows from here. Advanced techniques for enhanced coolness include:

Add puppies, pretty girls, beaches, shades, aircraft to your T-shirt for a win-win-win.

Get yourself an athlete profile. This means you take yourself very seriously now and will probably be dead soon.

Take an endless stream of unremarkable photographs detailing each step of traveling to and from whichever event you are gracing with your magnificence, and hashtag every single word your ability with language allows, no matter how tenuously related to anything relevant it is.

Writing up an event for a magazine or website can be very rewarding, mostly because of the golden opportunities for some good honest shameless self-promotion. Remember: the phrases that everyone likes to hear are about ‘raising the bar’ and ‘pushing the envelope’… and the only way to properly convey how exciting something was, is by adding more exclamation marks!!!! 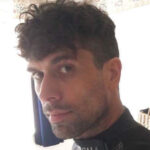 Joel Strickland works freelance in the airsports industry and would like to thank Airtec/Cypres, Vertical Suits, NZ Aerosports, Larsen and Brusgaard, Cookie Composites and United Parachute Technologies for their ongoing support.