Bill Booth argues that following fashion can lead to disaster…

If I’ve learned one thing in my 35 years in the sport, it’s that it is very difficult to get most skydivers interested in safety

Years ago, when it became obvious that my hand deploy pilot chute and 3-ring release made it possible to deploy a malfunction, and then breakaway from it 500 feet faster than the existing internal pilot chutes and Capewell canopy releases allowed, a lot of jumpers simply started deploying their mains 500 feet lower. Utterly negating the increase in safety these systems offered.

Even today, most jumpers think that because all gear has a TSO tag on it, one piece of gear is as safe as another. Unfortunately, that is not true, and most jumpers will choose “fashion” over safety every time. Here are just a few examples of what I mean, starting in the ’60s, right up to the present day…

The army found out that if you put a 2-foot band of fine netting around the skirt of a round parachute, you eliminate the most common deployment malfunction, the partial inversion. The trick worked so well that airborne troop static line malfunctions went from 1 in 250 to 1 in 250,000. WOW! So, a company that made round sport reserves (there were no square reserves yet) came out with an “anti-inversion netted” reserve. NO ONE bought it. You know why, of course… It packed up 10% bigger. Jumpers passed up a proven 1,000 times increase in safety for a smaller pack volume.

Believe it or not, there is a similar, though not nearly as drastic, choice jumpers are making when they buy a square reserve today. Let me explain… The first square canopies came without sliders, so they had to be built tough. This meant, among other things, that there was tape running spanwise (from right to left) between the line attachment points. With the advent of the slider and softer opening canopies, some companies began leaving the spanwise reinforcing tapes out of their square reserves. Why? Because they cost less to build, and (you guessed it) they packed smaller.

This proved to be a wise choice, (at least in the marketing department) because although jumpers very often choose their mains for performance and durability, they almost always choose their reserves based only on price and pack volume. While reserves without spanwise tapes are fine in most situations, as we have seen recently, they tend to fall apart when skydivers push the envelope (ie. big people on tiny canopies, going head down at high altitudes.) Safety doesn’t seem to be any larger a consideration than it was when they passed up anti-inversion netted round reserves in the ’60s.

Standard size (large) 3-ring release systems have never given a solo jumper any problem. They ALWAYS release easily and NEVER break. However, mini 3-rings look neater, so that’s all people will buy. No matter all the reports of hard or impossible breakaways or broken risers.

Don’t get me wrong, properly made, and maintained, mini 3-ring release systems will handle anything even the newest ZP canopy with microlines can dish out. Unfortunately, because they are now being pushed right to their design limit, they must be made EXACTLY right. And a lot of manufacturers either can’t or won’t. On the other hand, a large 3-ring system has so much mechanical advantage, that even a poorly made system will still work just fine. But then fashion is much more important than safety, isn’t it?

Spectra (or micro-line) is strong and tiny, so it reduces both pack volume and drag , which means you get a smaller rig and a faster canopy. Unfortunately, It has a couple of “design characteristics” (this is manufacturer talk for “problems”) It is very slippery (less friction to slow the slider), and stretches less than stainless steel. This is why it hurt people and broke so many mini risers when it was first introduced. Now, I must say that the canopy manufacturers did a wonderful job handling these “characteristics” by designing new canopies that opened much slower than their predecessors. However, the fact still remains, that if you do have a rare fast opening on a microlined canopy, Spectra (or Vectran) will transmit that force to you (and your rig) much, much faster, resulting in an opening shock up to 300% higher than if you have Dacron lines. (It’s sort of like doing a bungee jump with a stainless steel cable. At the bottom of your fall, your body applies the same force to the steel cable as it would to a rubber bungee cord, but because steel doesn’t stretch, your legs tear off.)

So why would I have a fast opening? Well for one thing, you, or your packer might forget to “uncollapse” your collapsible slider. BAM! Or perhaps you’re zipping along head-down at 160 mph with a rig that wasn’t designed for it, and you experience an accidental container opening. BAM! again.

The point is this: If you want to push the envelope, and get all the enjoyment this sport has to offer, and do it “safely”, you need to make careful choices in the gear you jump. If you weigh 200 lbs. and do a lot of head down, perhaps you really shouldn’t be using a reserve without spanwise reinforcement, mini 3-rings, or a canopy with microlines.

No matter how much you weigh, you should educate yourself about gear, and then only jump gear that is designed for how you jump. So many fatalities occur because of decisions jumpers make BEFORE even getting in the airplane. Don’t join that group. Be smarter than that.

Fashion, at least in skydiving, can get you killed.

Article by Bill Booth, originally published in 2005 on dropzone.com, his points are as valid if not more so today.

You can listen to more of Bill Booth’s wisdom in person. He is speaking at the European Skydiving Symposium, Warsaw, Poland, 16-18 November 2022, and the PIA Symposium, Reno, USA on 27 February – 3 March, 2023. Bill Booth is a pioneer of the sport, inventing many of the devices we take for granted, such as the 3-ring, the hand-deploy pilot chute and the Skyhook MARD system. 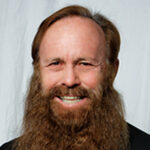 Bill Booth is one of the originals who developed the concept of tandem jumping, He holds 12 patents for skydiving safety systems, invented the hand-deploy pilot-chute, 3-ring release system, Sigma Tandem system, the SkyHook reserve deployment system AND is the founder of United Parachute Technologies.