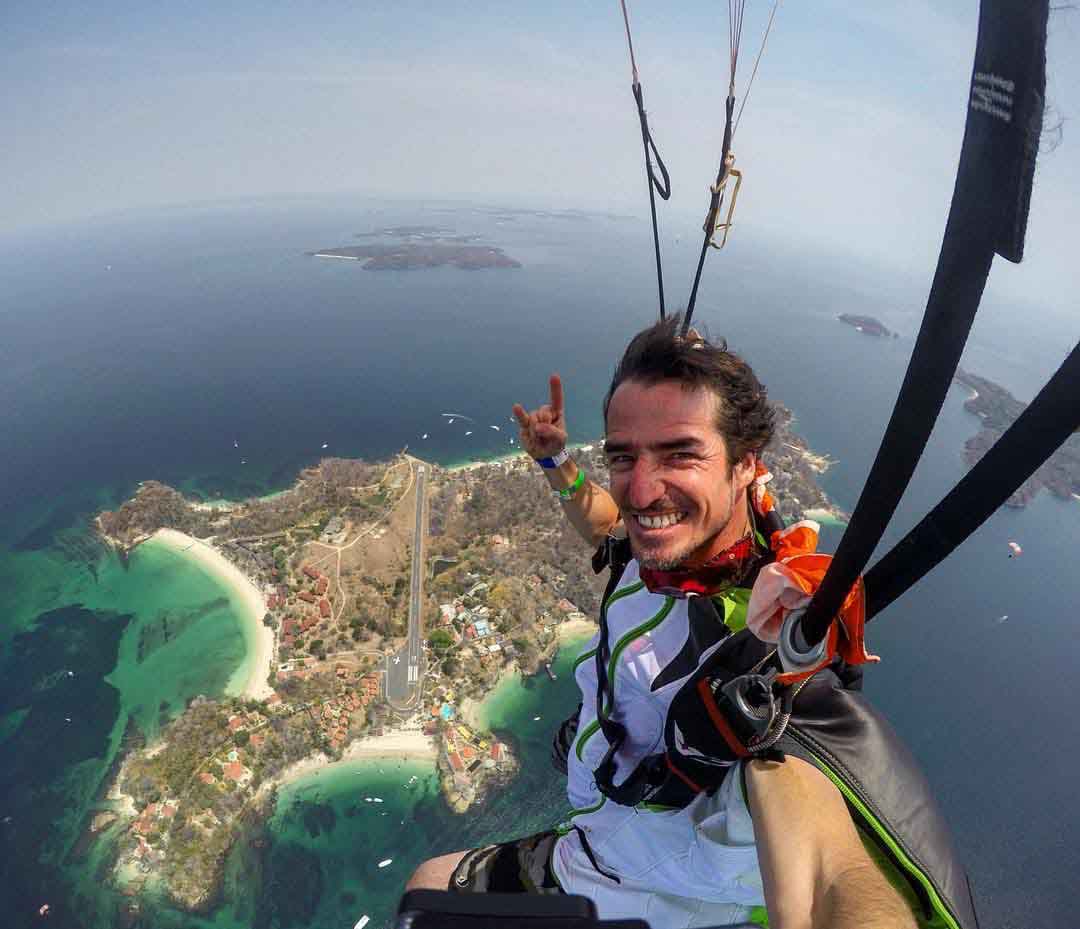 Hey Carlos, what do you do for a living?

I skydive everyday! I do Freefly and Wingsuit coaching at Skydive Deland.

How many jumps, what type, how long in BASE and in skydiving?

What nationality are you, and where do you live?

I was born in Caracas, Venezuela but I live in Deland, Florida. 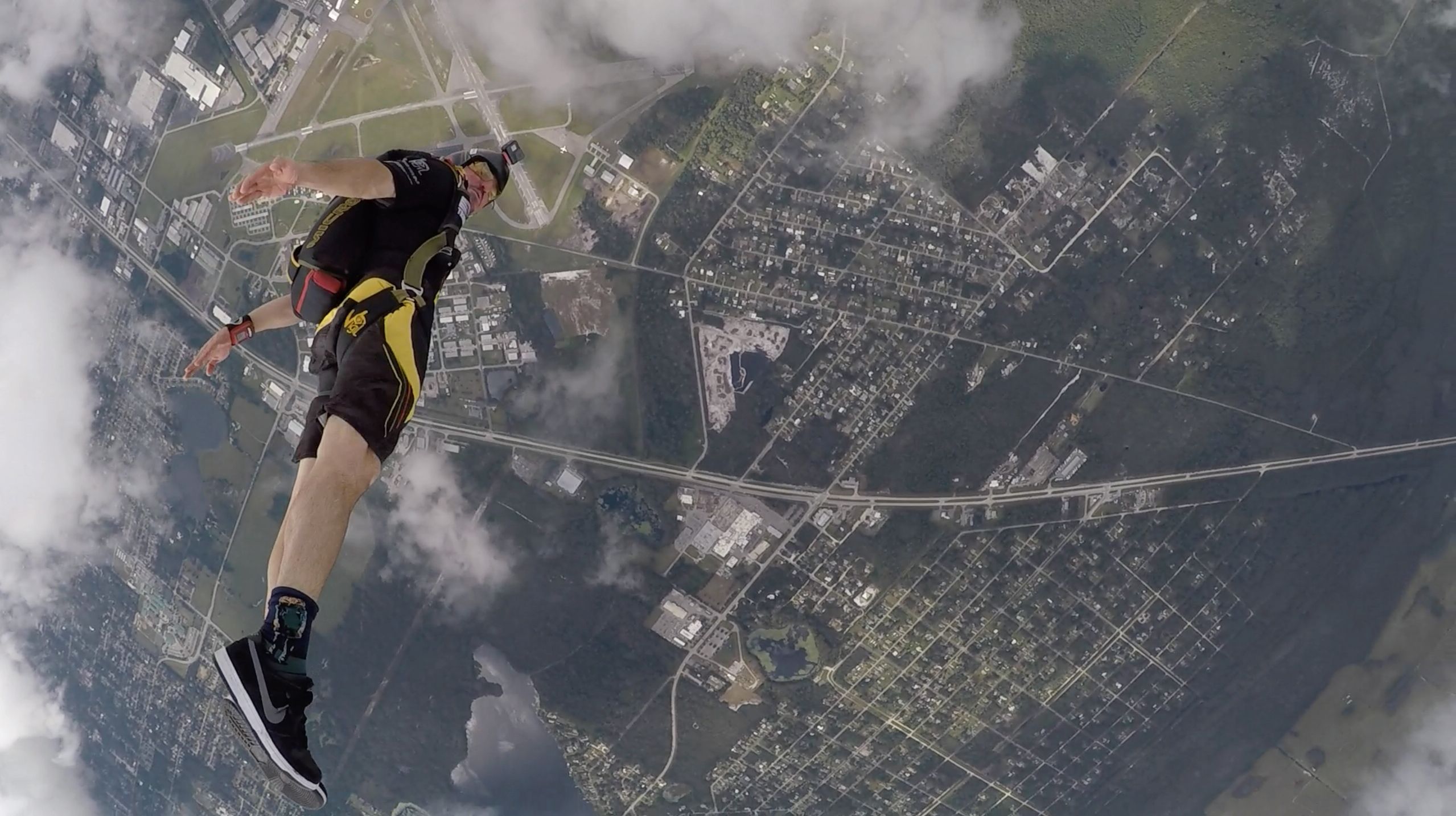 What do you like to do in the sport?

I haven’t done anything so significant, but as a Venezuelan I guess I can say that I have been a standout guy in BASE and wingsuit. I have participated in some competitions like World Wingsuit league and Red Bull Aces which are very cool, and I have performed not too bad.

One thing that I think that I accomplished last year is the first XRW barrel roll which was really nice. You can see the video here or on my youtube channel. That was with canopy pilot Iain Jensen, and Sebastian Alvarez on outside camera:

First ever barrel roll linked with a wingsuiter

You’re done a lot of super cool stunts and adventures – what‘s been your favorite of all time?

For sure flying over an active Volcano in Chile with Roberta Mancino and Sebastian Alvarez is one of them. Another super cool one was flying by the Corcovado in Rio de Janeiro, Brazil, doing a wingsuit formation, simulating the Olympic rings.

This is a tough one! it is hard for me to talk about me. I just want to keep living the dream and keep achieving many more things.

‘BASE’, a movie you acted in, alongside Alexander Polli, has recently been released. What’s been the reaction? From your friends and from the general public?

People liked it. But is funny that some people think that is a documentary and they start to panic while watching it. The movie is fiction so be prepared for that. It is very dramatic but the same way a bunch of us have been through same similar situations.

Chico, the character you play, seems like you. Was it easy to play the part?

Yes, super easy. I was basically myself with another name.

I was basically myself with another name

Because you know Alexander so well, was it hard to act with him, did he feel like your friend or like the character in the movie?

Yes Alexander was kind of my little messy brother. It was hard to work with him but only because he never had a job before, so he didn’t know how to manage some responsibilities. Every time that he felt pressure, he wanted to stop working. But I was the only one who could negotiate with him and figure out the way to make him keep on working.

Acting was not hard at all, because we were taking it as a fun thing.

Tragically Alexander died in a WS base accident after making ‘BASE’, how does that affect your feelings about the movie? Is it hard to watch or packed with good memories?

Faith is funny, Alex died jumping with me in Brevent. And when you see the movie, you will understand why I said that faith is funny.

For sure watching the movie is hard to me but at the same time, it makes me feel him so close to me. It brings so many good memories, years of memories.

Why are we seeing so many deaths of really experienced and skilled WS flyers?

I guess because we are part of the evolution of human flight. We are trying new things and learning from mistakes. You cannot ever feel comfortable doing what we do, the least mistake it can take your life away.

we are part of the evolution of human flight

I guess I’m still alive because it hasn’t been my turn yet. But, I respect what I do, and I always try to never feel confident and comfortable – which means that I’m always scared, which is good!

It’s rare actors do their own stunts, you guys did all the BASE jumps. Does that make the film more believable? Should we see more movies made like this?

Yes we did all of them, and I think that this makes it special, but it would be hard to see all the movies done like that.

Do you have a favorite scene from the movie?

Apart from the jumps that we did together along the years, I would say the part that we are at the exit point of Pedra da Gavea, Brazil and I tell him to exit from a lower step and he loses it and starts to shout me, arguing, and then he resets himself and we jump. That was Alexander’s character 100%.

What advice do you have for someone watching BASE who wants to take up WS base?

Do it for you, and only when you really feel it. Don’t do it for anybody, not for any other reason. 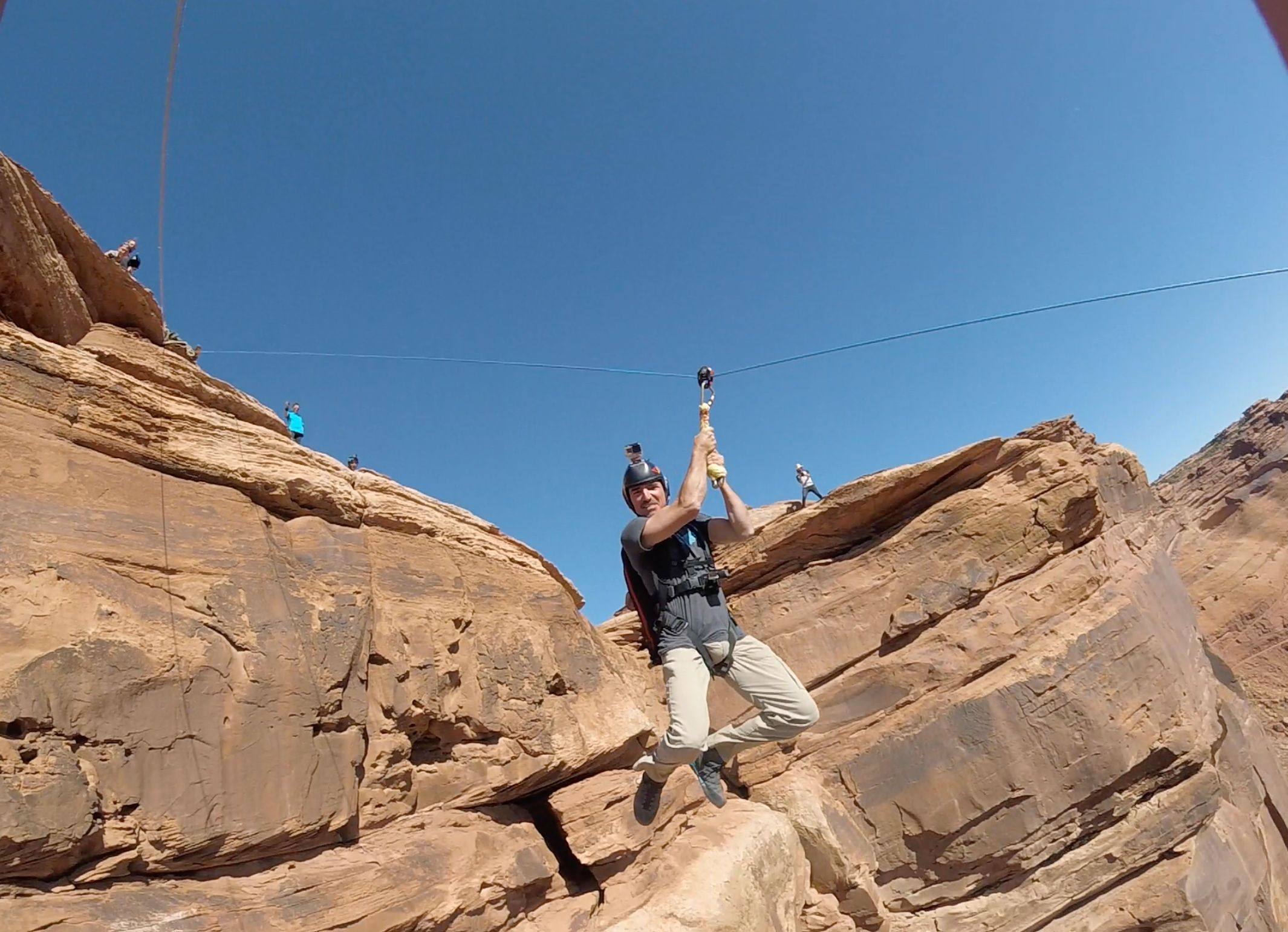 Fantastic, thanks for your time Carlos and good luck with the movie – can’t wait to watch it! Faith is funny, hmm…

More about the movie BASE here