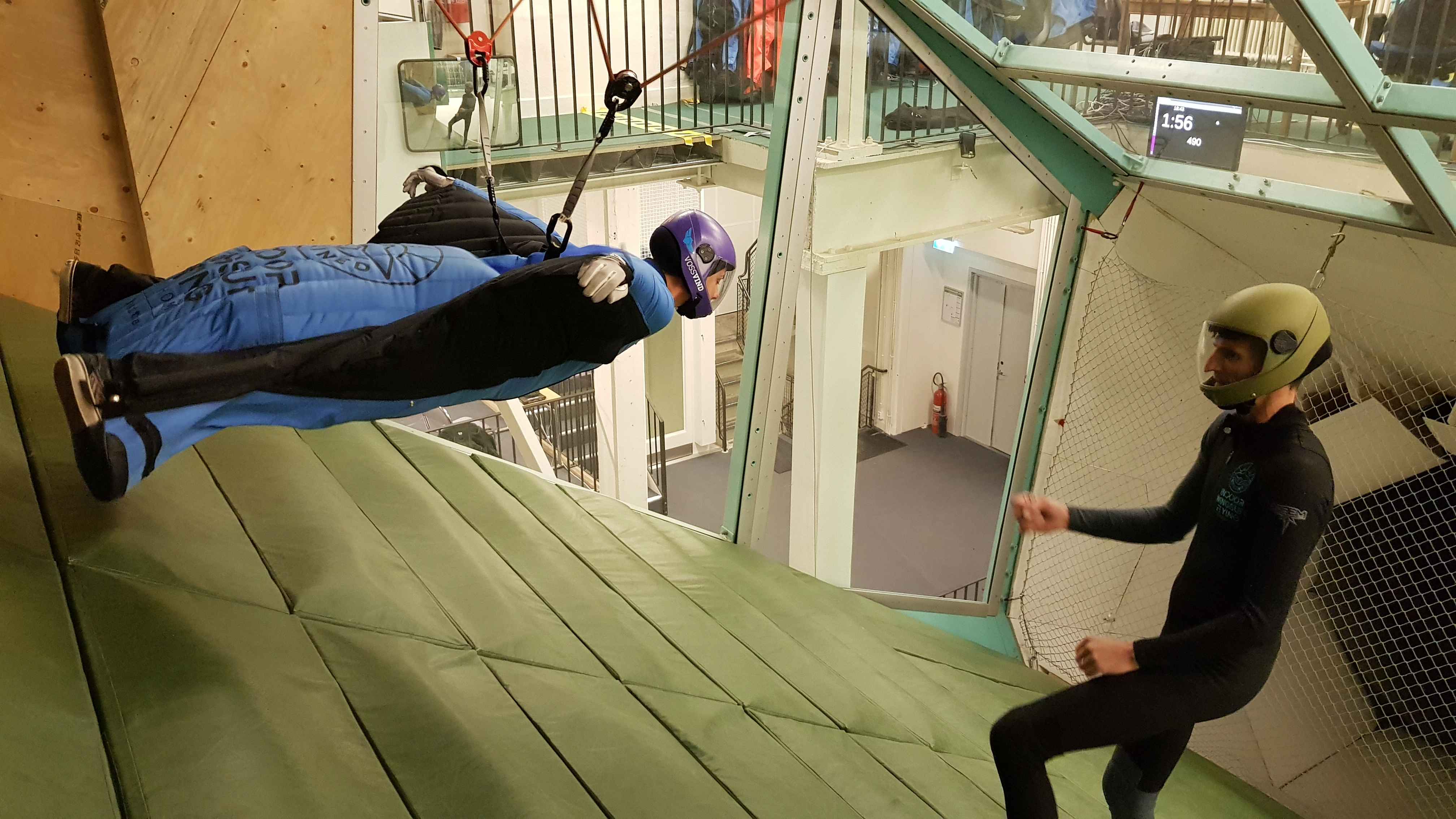 Indoor wingsuiting is the new kid on the block, funded by a group of scientists and doctors. If it’s to be anything like vertical wind tunnels, then the wingsuiting community better watch out for all these new age tunnel rats!

Coming from a vertical tunnel background and moving recently into wingsuit skydiving, I have been very interested to check out ‘Inclined’, the world’s first wingsuit wind tunnel. Espen Fadnes and I went with a group of old school base jumpers from Norway, VKB (Vaerdal’n Karsk & Base), to see what all the fuss was about.

The building still looks quite industrial from the outside, being an old secret military facility. The first thing that strikes you on the inside is the noise. When the tunnel is going, ear-plugs are needed and it definitely adds to the nerves. Along with this, we had a huge crew of friends with us, so this was great for performance anxiety. 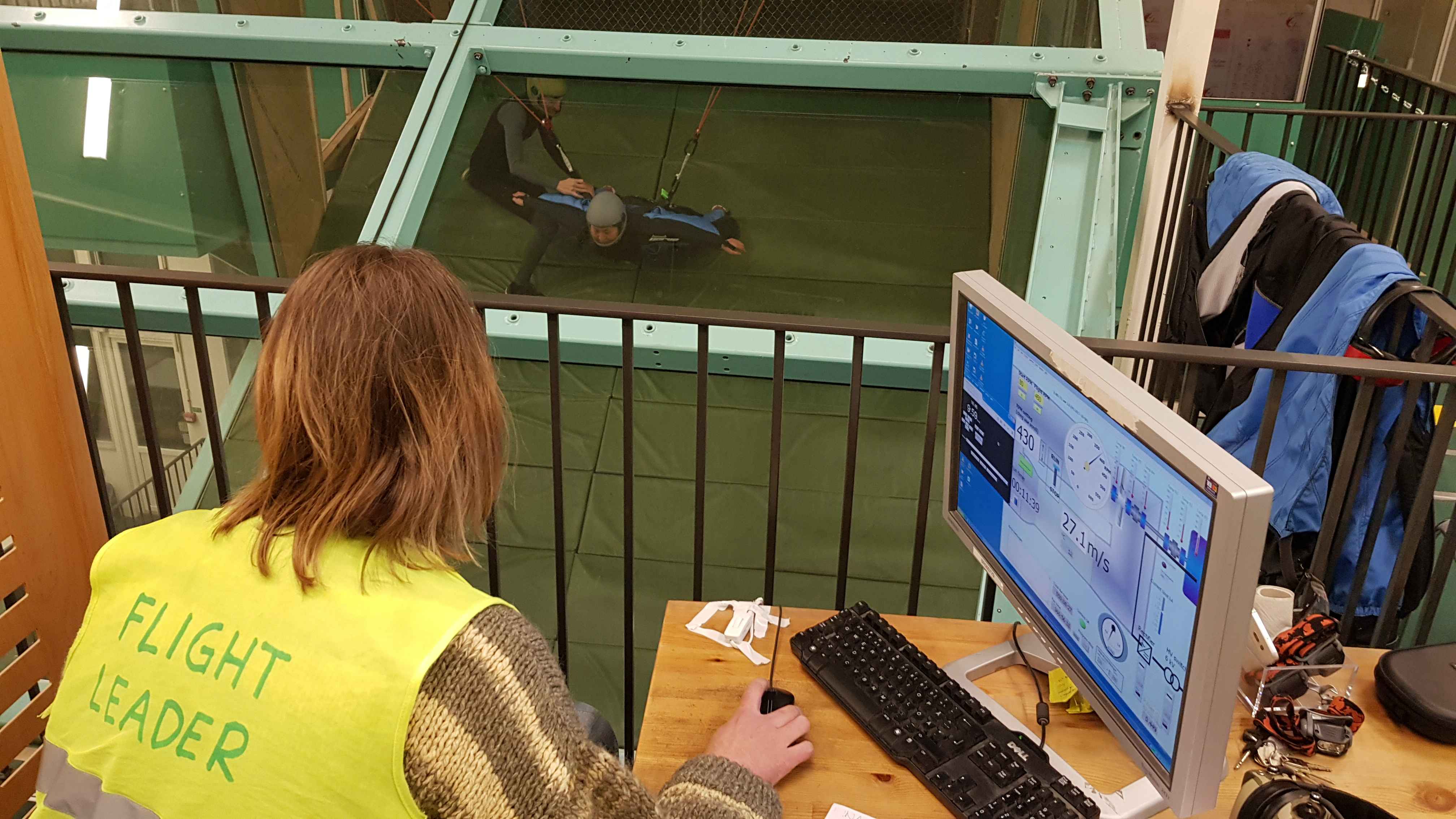 On arrival we were greeted by Pilvi Juvonen from Finland. She is one of two instructors with the clearance to allow people to “free-fly” without the safety cables. The system is similar to a tandem harness with two carabiners on the back. We began with the briefing, same as any first time experience in a wind tunnel. Empty pockets, sign a waiver and listen to the basics of how to gallantly survive a step into the unknown. To become an independent customer at Inclined is a similar process to vertical tunnels. First you must demonstrate the ability to fly forward, backwards, side-slide, fly up and down and take docks on the instructor before you can be approved for “free-flying”. At Inclined to “free-fly” means to take off, fly around and land without any support from a harness and/or Pilvi’s caring hand.

The briefing was detailed, and helped us to understand what we were about to embark on; something very different and challenging. Still, everyone was eager to fly off the cables as fast as possible. One after one the notorious wingsuiters and BASE jumping legends got to try. Normally they are seen on top of massive mountains on the west coast of Norway. This was far from their comfort zone of long hikes, big walls and fast flights. With the experience they brought in, they were able to show good control. A solid background can obviously give a bit of a head start. But still, small mistakes were made. After seeing wingsuiters with more than 10 years’ experience tumbling around out of control, I was thankful for the harness system and did not want to rush into “free-flying”. 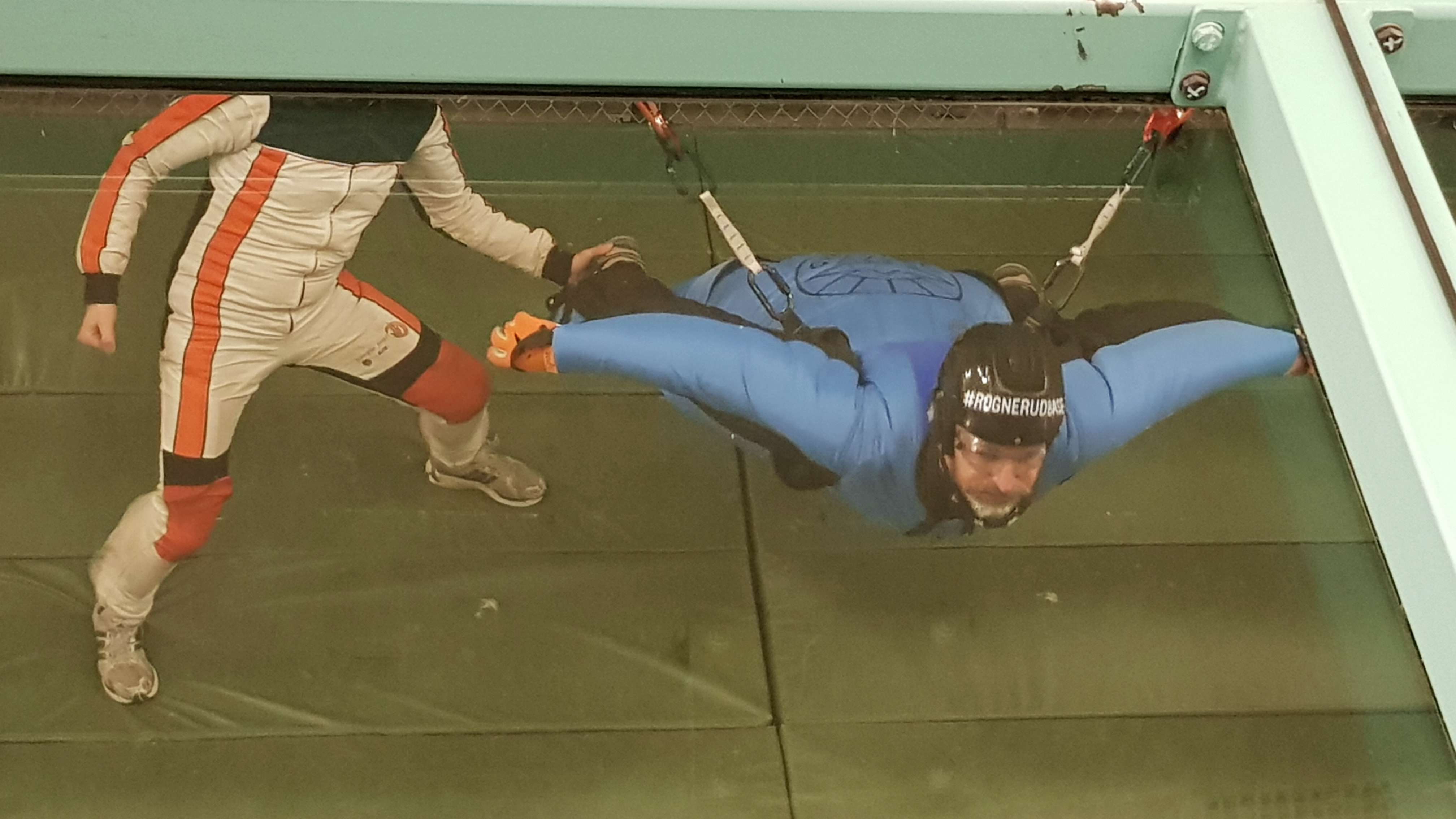 When it is your turn, you are clipped into the harness system and asked to make a banana shape, with the arms back and chin up. Once the wind is turned up you get a hand signal to slowly open your wings and lean forward. The feeling is lighter than expected. It’s like a gentle breeze in your face. At first, it’s almost hard to confirm you’re in the air, independently flying the suit. Compared to skydiving you are very close to the stall point (125 kph actual speed). This is a speed most wingsuiters recognise as light internal pressure in wings, sometimes a bit unstable; a flying position that requires patience when a change of angle or direction is made. The feeling is quite a thrill, like you’re doing the impossible.

Everybody came out with a massive smile after round one. Gone were all the nerves, and excitement for morw progress was all we could think about. Laughs, smiles and big high-fives reminded us of any given day on the landing at the drop zone.

Once you have shown a decent level of control you can be moved onto the second part of the harness system. This is a normal climbing harness with a rope coming out from the belly, like an umbilical cord. You become a human balloon on a leash. At this point you realise how much comfort the cable system gives you.

“Now you have to learn to fly again, It is very different, and a whole new challenge” – Pilvi

It’s Espen’s turn to fly. The wind speed increases slowly as he prepares himself to show he is in control. He slowly leans forward into the wind and opens his wings. He struggles to find the balance, then Pilvi signals him to stretch his legs, in the second he follows her instructions he is airborne. Hidden in between a solid portion of stress, a big smile can be seen. In a few minutes he manages to fly around a bit, tap his head into the net at the bottom of the tunnel, take a few grips, one emergency landing and a bunch of funny failed take-offs. To see someone with years of experience in skydiving and base jumping be so nervous and struggle so much is humbling. Indoor wingsuiting is real. Very real. 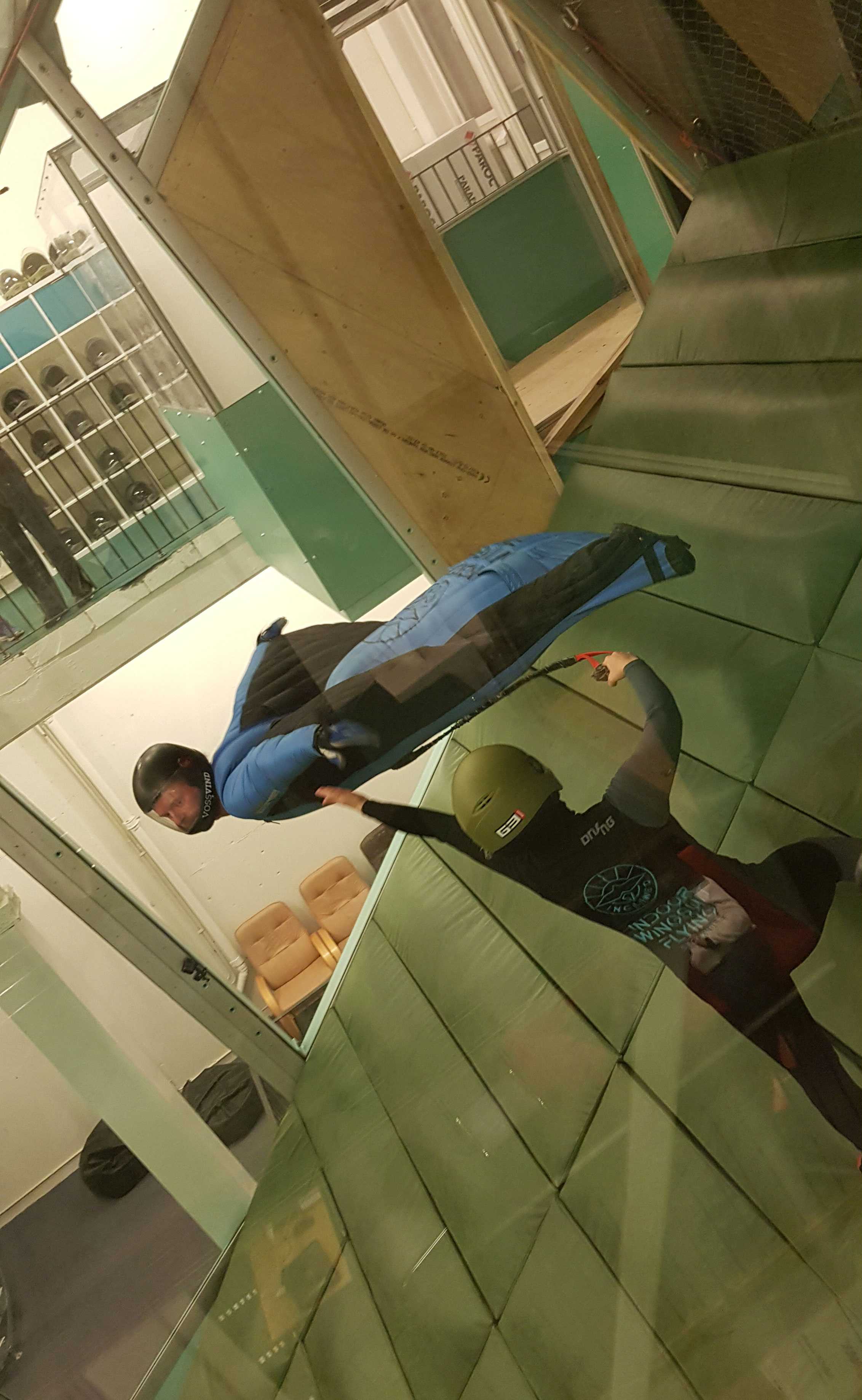 The indoor wingsuit facility in Stockholm is in its early days. In the years to come we will have the answer as to what impact it will cause in wingsuiting. Will we see more tunnels? Other designs? Soon the first competition be hosted there, most likely leaning on the dive pool for acrobatic wingsuit flying. Will there be FAI competitions in indoor wingsuit flying in the future? There are many questions out there in these days, and many people are sceptical while others are wildly excited. The best advice is to take a trip and try it for yourselves. I personally believe that this will progress relative work in a wingsuit at an incredible rate and the sport will never be the same again.

Let’s wrap this up with the words of Jonas Tholin, Inclined media responsible,

“We often get feedback from skydivers after they have tried the tunnel. They all say the same: My friends suck at wingsuit flying now!”