You’re sat in the airplane climbing to altitude on your first round of competition and you’re feeling super nervous. …

The last thing you want is that nervousness rubbing off on your teammates either. What’s more, you spent the whole previous day sat on the ground getting bored due to bad weather. There’s a lot riding on you performing at your best, so how do you do it?

I took part in my first national championships in 1996 at Skydive Hibaldstow and it was a massive eye-opener awash with drama, excitement and competitive spirit. Very quickly I learned that skydiving is 50% flying skills and 50% psychology. You can pick up the flying skills through team training and tunnel, but dealing with the psychology (or pressure as I think it is better to call it) is another matter.

skydiving is 50% flying skills and 50% psychology 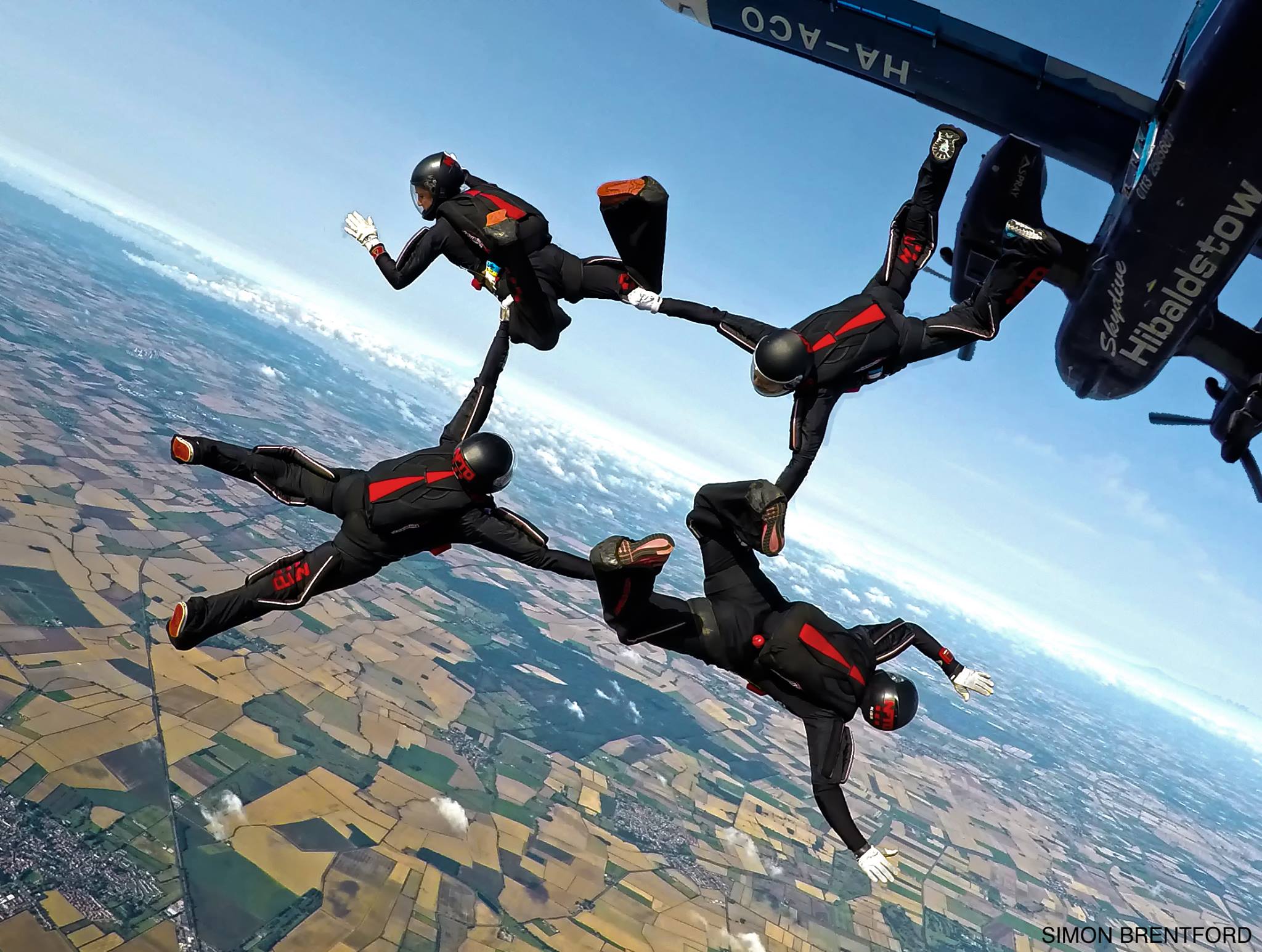 Top Tips for Coping with Pressure

During your training, it’s a great idea to find previous competition draws for you to practice. It’s all about getting the competition experience. You mark how you did against other teams, find problem areas that you need to work on and get a feel of how a full competition works out.

My advice is to attend as many tunnel competitions as you can. They’re usually cheaper to enter than outdoor comps and you still get the benefit of the competition atmosphere. Most of them are well attended and often with international teams as well.

3. Visualisation is an often-misunderstood training tool

Many think it’s simply a way to stop brain locks mid-skydive. However, it’s so much more. It’s a way of saving those emotions and memories from really good skydives during your training. Specifically, you’re looking to remember those emotions of calmness, confidence and alertness you felt and save them like a computer game…. when it’s round 1 of the comp and you can load them up and use them to your advantage.

Compartmentalisation is defined by the Oxford dictionary as “to divide into discrete sections or categories“.

It’s rare, actually very rare that you won’t have a duff round and that’s because we make mistakes easily. Giving a 100% performance over every round is the ideal, but you don’t often see it.

You’d think it’s obvious that each competition round is separate and unrelated to any another, but why do we let a bad jump affect the next one and the next? So when you do bust a formation, have a wobble or do something generally inept; you can consign it as history and hit the virtual reset button.

Sometimes, it doesn’t matter how well you slept, how nicey-nice your teammates are or how sunny the sky is that day, you don’t have your mojo and there doesn’t seem to be much you can do about it. Getting back in the zone where you can focus can be tricky, but here’s a breathing technique you can use in the airplane on the ride to altitude:

Have a team handshake practiced for when you are in the airplane not far from exit altitude. Start by putting your hands in together, then making the time to give your teammates eye-contact. Show everyone you’re there to support them and you’re going to give it 100%.

Next, have the person keying the launch do a test count with their hands. This is great for synchronising exit timing and nailing your exit. It works for all team disciplines too. After this, you can then do all your one-to-one handshakes too. But don’t offer handshakes to anyone outside the team until you’ve finished with your teammates.

During a big competition, it’s usually a great opportunity to catch-up with your friends whom you rarely get to see. Chinwagging for hours on end is going to tire you out. Managing your energy is pretty important.

Forcing yourself to go to bed early or staying quietly in your team area is a hard one. But remember the thousands you spent on team training and that should provide the motivation to keep yourself mentally fresh and help to reduce those ‘schoolboy errors’.

8. Shut the world out

Lastly, I thought I’d talk about those of you who don’t have team mates, like speed skydivers and individual accuracy jumpers. Pressure is just as much a problem if not handled well. I’ve seen many speed skydivers shut the world out by listening to music on the ride to altitude in a similar vein to Olympic swimmers with their headphones. It’s all about getting in the right head-space to perform. 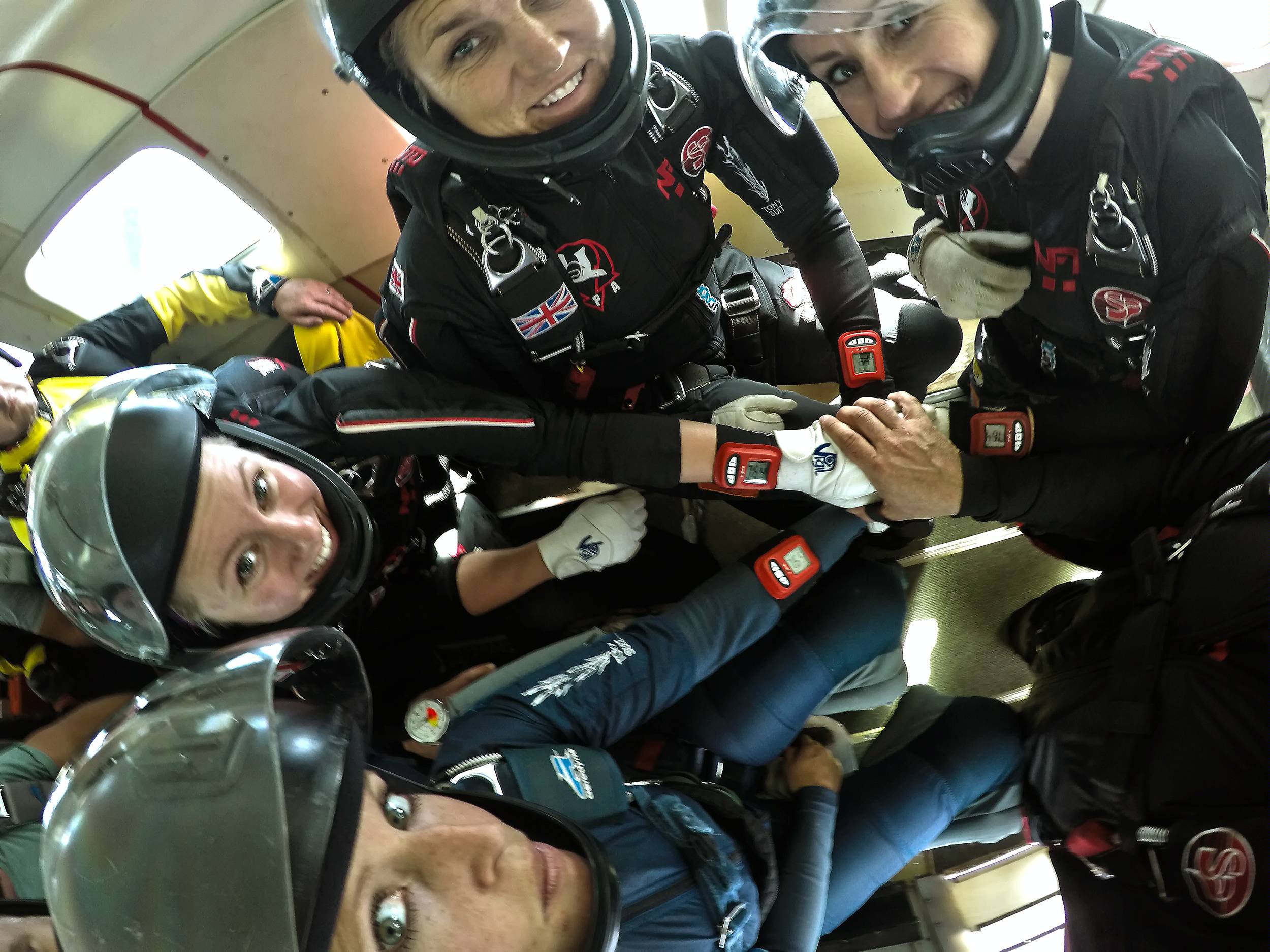 Over the years since Skydive Hibaldstow began hosting the UK Nationals (first one being in 1996), I’ve seen plenty of meltdowns. Those implosions were mostly due to not dealing with the pressure effectively and often from teams expected to win medals. It’s the mark of a team that can move on from a bad round or even an internal quarrel to get back in the sky and show what they’re truly capable of.

As I reviewed this article, I thought that many of the techniques I’ve written about are applicable to bigway jumps, instructor courses and record attempts too. Stress manifests itself in many places, but you can deal with them in the same way.

There are many other ways of dealing with pressure:

There’s a myriad of other techniques not mentioned here, and if you’re serious about feeling good during a competition, you’ll find one that works for you. 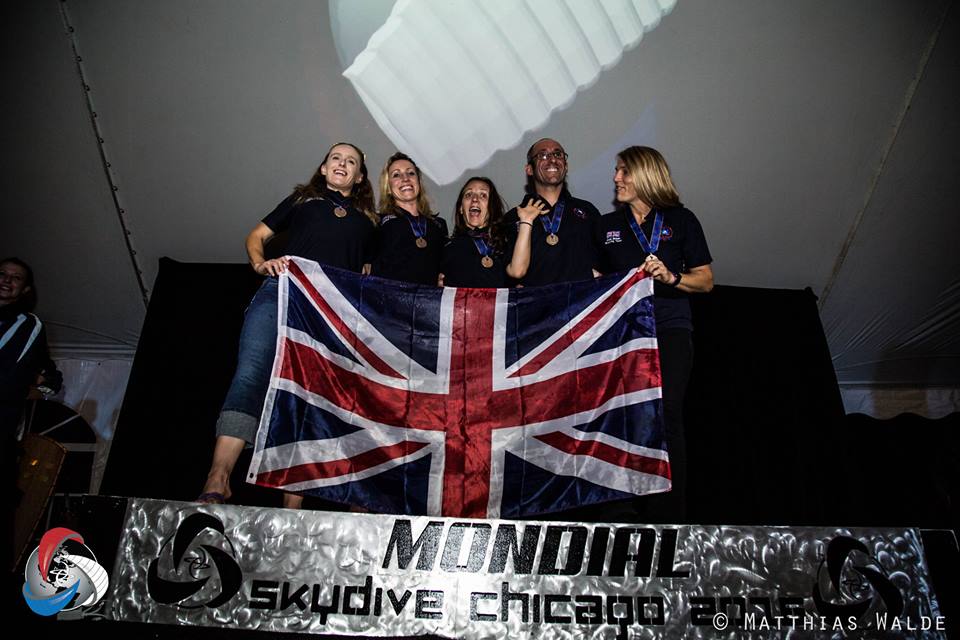 The Road to Success

The road to success in skydiving competitions is littered with failures as a result of stress.

Accept them, own them and learn from them. As you gain competition experience and personal flying skills, you’ll overcome those crappy jumps; you’ll see the confidence building and ultimately, podium positions galore.