The first day at the third FAI World Cup of Indoor Skydiving has come to a close and it could hardly be more exciting! 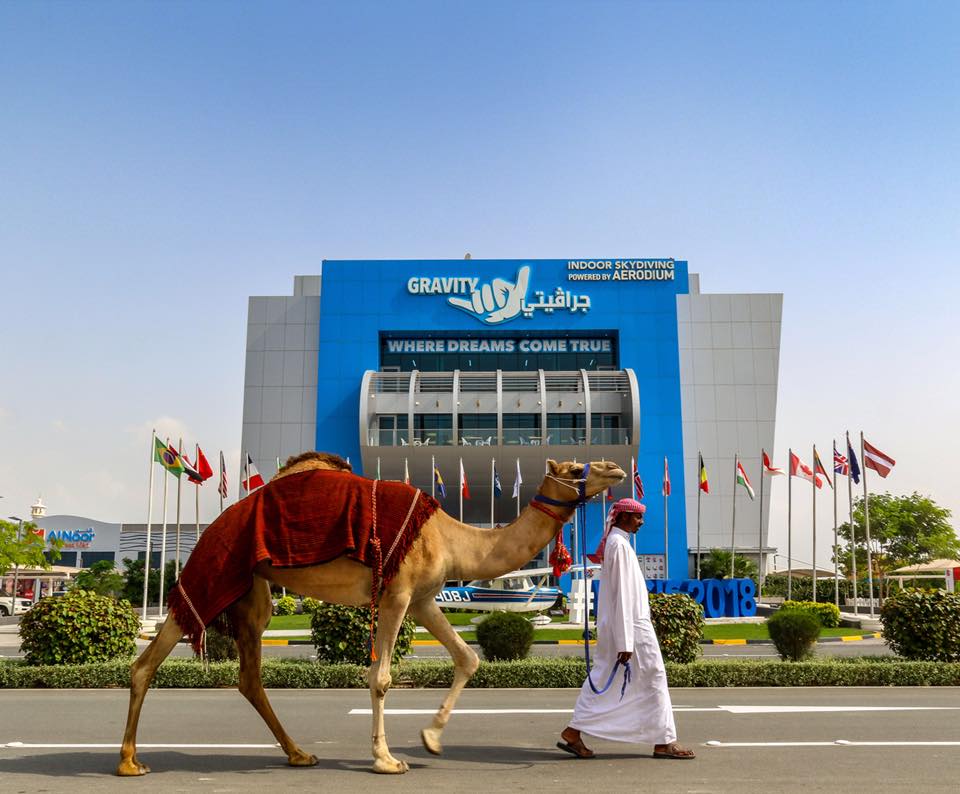 There are twenty-two 4-way teams, eight female 4-way and four junior 4-way teams (under 16s). All eyes were on the battle between reigning World Champions Hayabusa and rival team Weembi. Hayabusa (Dave and Andy Grawuels, Jeroen Nollet and Dennis Praet) have a run of over 30 competitions undefeated and are fresh from their victory at the outdoor World Championships in Australia, 3 weeks ago. Weembi consists of four world champions:- Roy Janssen, ex Hayabusa, Julien Degen (ex French National team), with Christine Malnis and Sophia Pecout, of the French ladies team, who just took the Female World title in Australia. Both teams looked super-serious and focussed before round 1, Hayabusa knowing they had potentially another close battle on their hands, and Weembi with a raw desire to win. 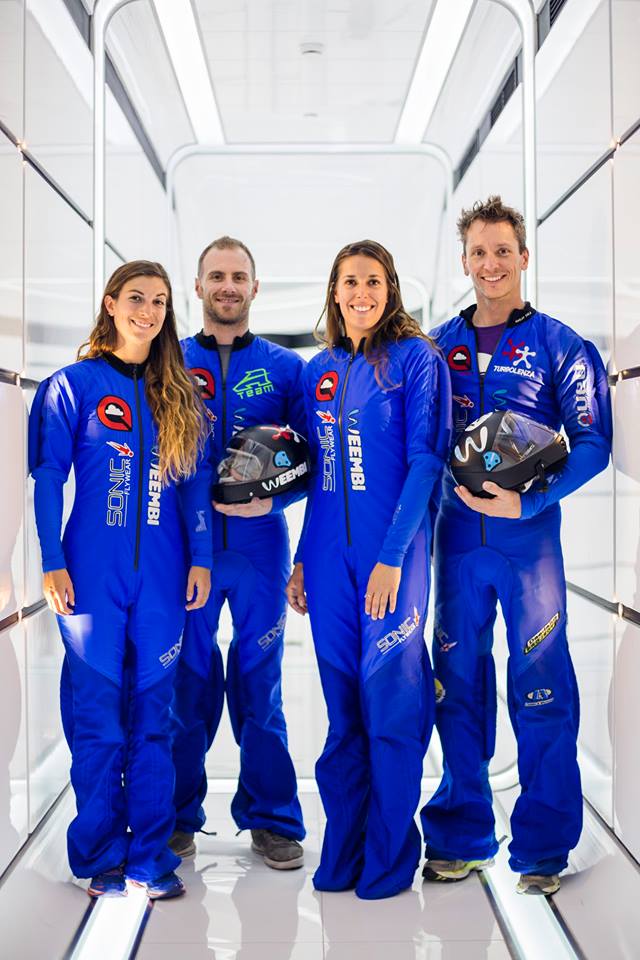 First blood went to Hayabusa, with Weembi on moving faster than Hayabusa, but picking up 3 busts for incomplete formations, putting them 1 point behind. Second round was a draw… the third round changed the game with Weembi outscoring the world champions by 4 points, Hayabusa having one bust. Round 4 was probably the highest scoring round of the meet (5, M, O, C), and Weembi pulled away even further – incredibly outscoring the current world champions by TEN points. Hayabusa didn’t have a great entrance, and had a bit of a fumble and had to stop and reset. This cost them heavily in points as well as them losing 3 points in busts. Weembi ended the day 13 points ahead, with 157 to 144. Hayabusa has overnight to reset, and are very much the more highly trained team. Let’s see what happens tomorrow!

In third place are Italy’s Amnesya, ahead of Russia’s ISR Moscow, followed by Sweden’s Echochamber, with Sweden and Italy reversing the positions at the recent World Championships in Australia.

In female 4-way NFTO, fresh from a silver medal performance at the World Championships were going for gold but getting (in Vana’s words) ‘too many kisses from the judges’, with five busts over four rounds. They still ended the day 5 points clear of France with 110 to 105. Team X from Sweden look comfortable in third with 99, seven points ahead of UK’s Satori W, who can’t be discounted as they scored the same as Sweden on three of the four rounds.

The juniors showed amazing flying skills and scored higher than some of the seniors. They ended the day dead level at the top with France and Canada both on 60 points, with the Czech Republic’s HF Cubs on 52 and France 2 on 47. 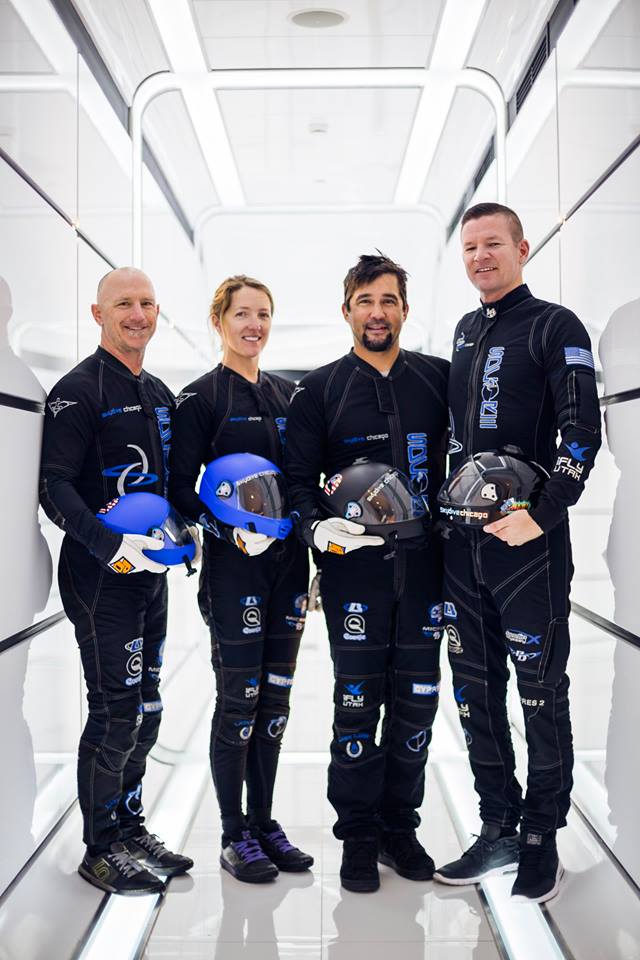 In VFS, world champions SDC Core, flying with their alternate Rook Nelson, are well ahead of Italy, followed by the two Russian teams.

Freestyle saw the largest turnout of any FAI competition to date, with 19 entrants in senior (adult) and 13 in junior. The standard and variety of flying was incredible. This was true entertainment, like watching a Cirque du Soleil show, with just as much acrobatic, gymnastic and dancing talent. The rounds was a free round to music. A large crowd gathered to watch, clapping and cheering at the high spots in the routines. ALL the flyers had a really high level, and, IMHO, Kayleigh, Coralie, Amy and Yi Xuan were outstanding! I loved watching the proud parents watching their children, they had goosebumps on their arms and tears in their eyes – I confess so did I! 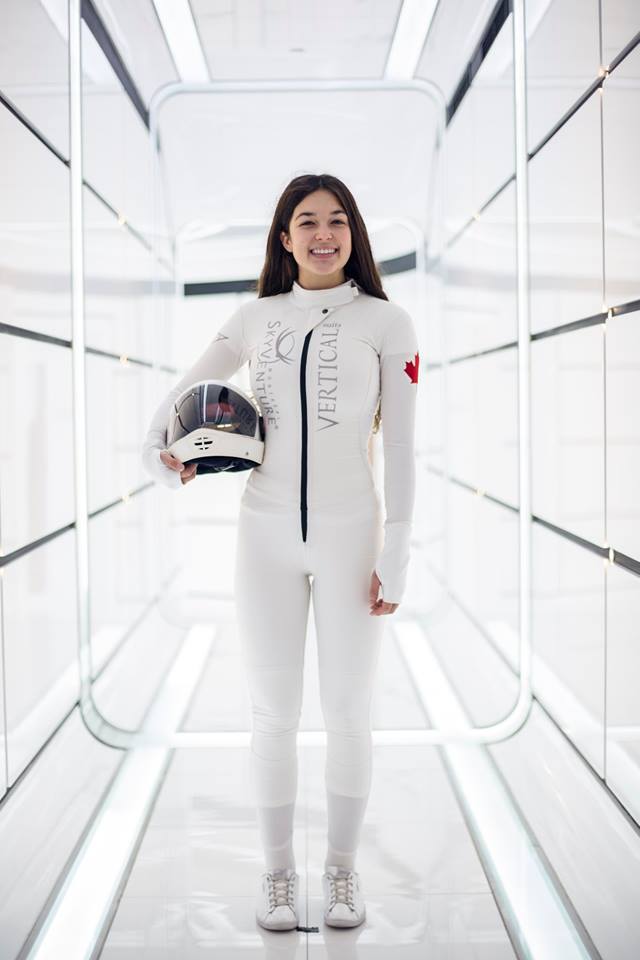 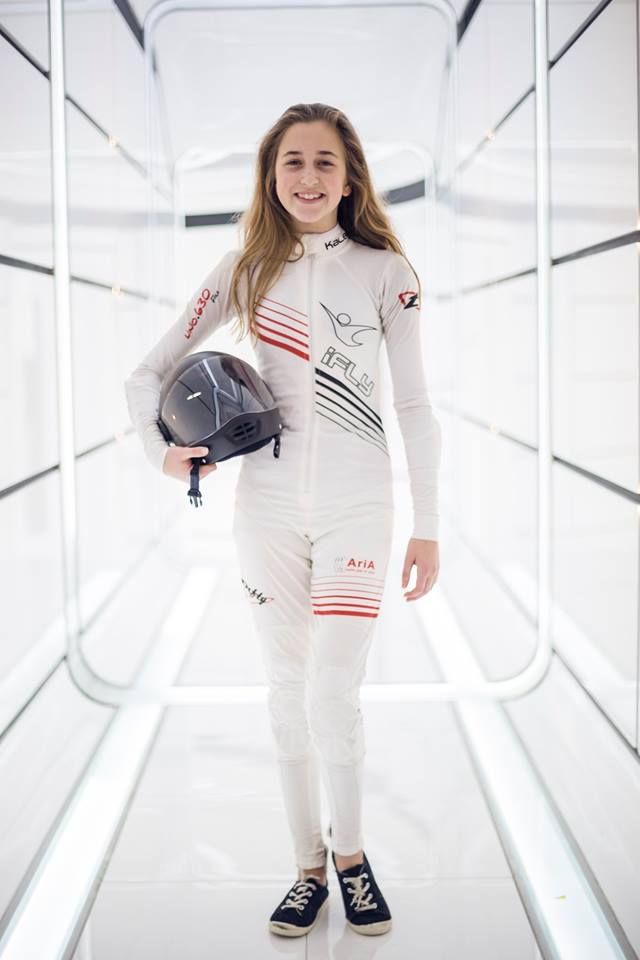 The junior free round scores for round 1 showed it will be a very tight competition with Coralie and Kayleigh level on 9.1, Yi Xuan on 9.0, Matteo on 8.9, Chewie on 8.8 and Malachi, Tobias and Leonid on 8.7. There is a lovely atmosphere between the juniors, who are all supporting each other, playing jokes and larking around.

In senior freestyle it looks even more tight after round 1, with three flyers in equal first with 9.3 – Kyra Poh (Singapore), Maja Kuczynska (Poland) and Toms Ivans (Latvia). One tenth of a point behind is Amalie Lauritzen (Norway) on 9.2, then Reese Willson (USA) on 9.0, Silvia Lacna (Slovakia) with 8.9, Kathya Toussant (France) on 8.7, Blake Cullen (USA) on 8.6, Lukacs Laki (Hungary) with 8.5, and local girl Fatima Al Khalifa on 8.4. See more scores at the competition website here.

Again, the largest ever turnout for this discipline, with nineteen 2-way dynamic teams, fighting for their place in the tournament, which is seeded, with the aim of the top two teams meeting in the final. The scores for today decide who will meet who in the head-to-head battles to come.

At the top after the two speed rounds were iFly Singapore, then Windoor Ninjas (France), with Hurricane Factory (Czech Republic) in third. Then Aerogravity (France), Windoor (Spain) and iFly Crucible (USA). The third round was our first look at the free routines, which were amazing, varied, fun and fantastic.

Final scores and positions for the freefly events were not in at close of play today but you can see the latest updates at the wcis2018 website here.

This World Cup is fierce, competitive and really exciting! Full scores, draws etc are on the inTime system here