The second day at the 3rd FAI World Cup ran like clockwork and saw thrilling battles in freestyle and dynamic. This competition is the biggest upset we’ve seen in 4-way for years. 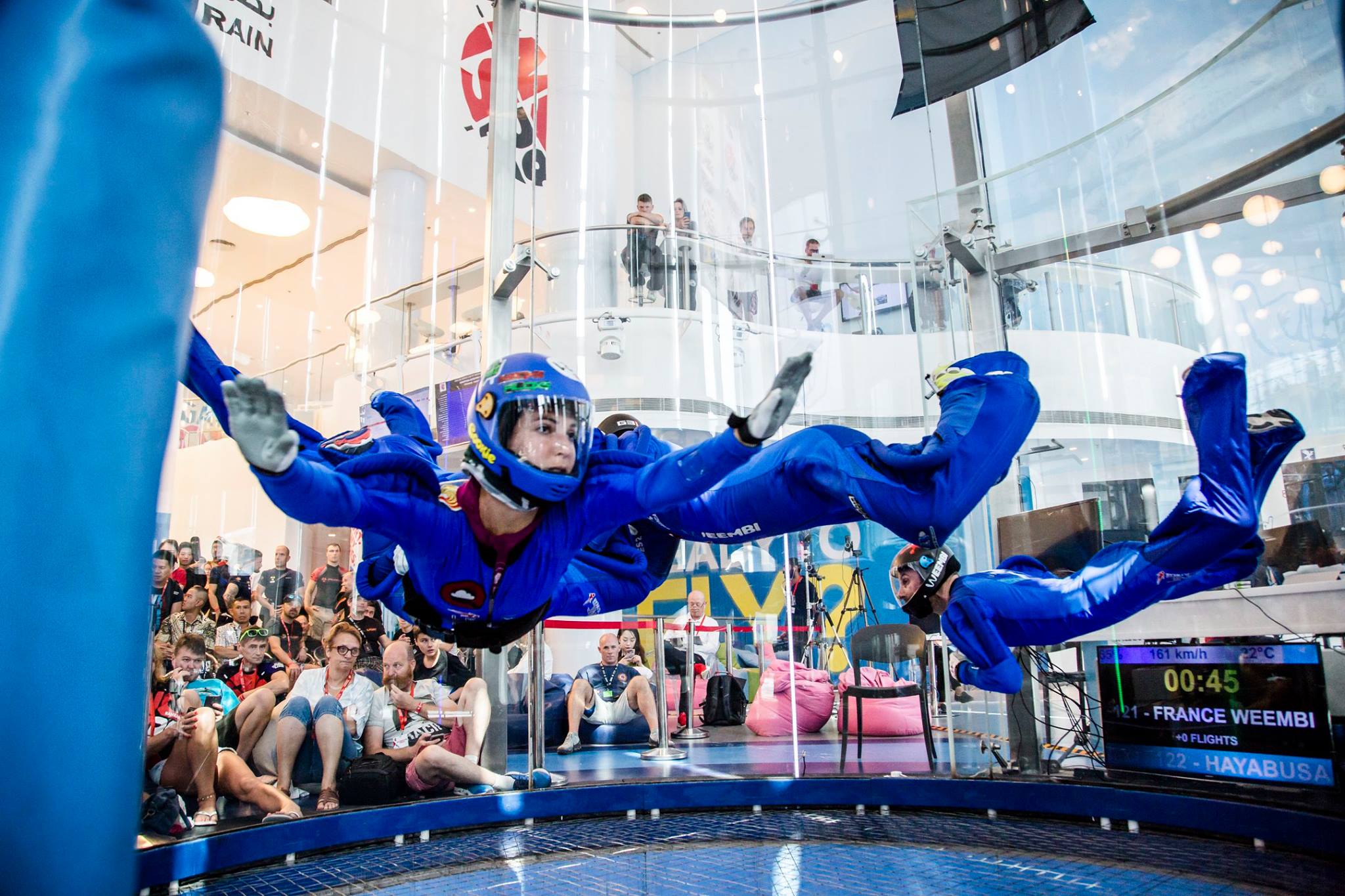 Hayabusa had overnight to reset but 13 points is virtually impossible to make up with this draw unless Weembi had a total meltdown, which we don’t expect from four determined World Champions. Weembi are undoubtedly moving faster, they just needed to hold it together. Hayabusa pulled back a point on round 7 and lost one on round 8 so at the end of the day the leaderboard showed the same three in the same order, with still 13 points between the teams. Weembi (France) first, Hayabusa (Belgium) second and in third, Amnesya (Italy), who are having their best meet ever. We are potentially looking at a World Record indoor average for 4-way, with a not particularly fast draw. Weembi are on fire! 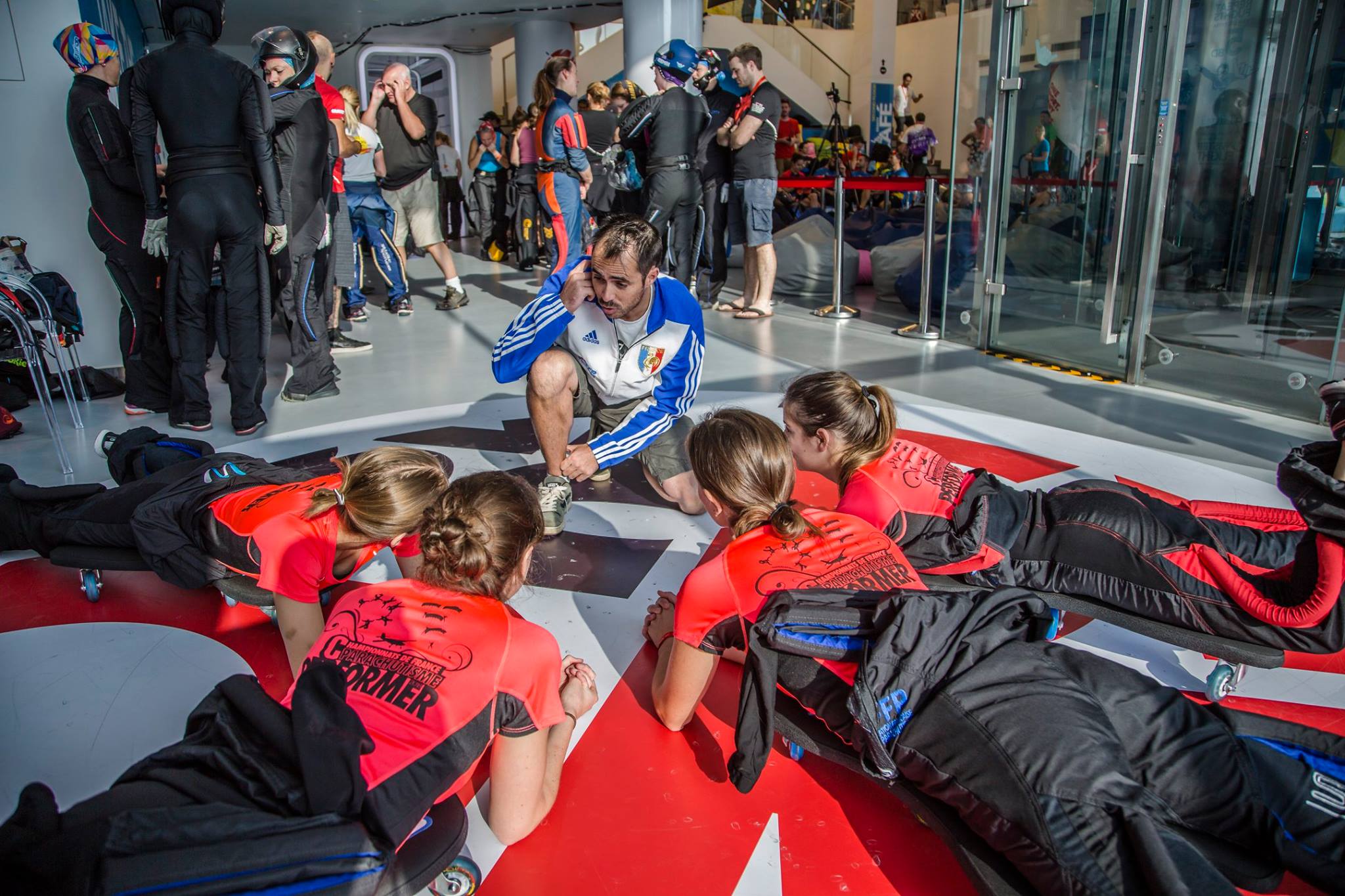 Again we see the same three at the top in the same order: UK, France and Sweden. China have had a brilliant day and have leap-frogged over two teams, outscoring Sweden and now lying in fourth.

Canada and France started the day dead level at the top, so it was anyone’s game. Round 6 was a game-changer for the juniors, with an all-random round (N, E, M, F). Hurricane Factory Cubs had an amazing round, the epitome of efficiency that any senior team would be proud of, finishing with the classy score of 54. Canada’s Air Devils also had a great round, with a 52, shooting ahead of France’s Aerokart who scored 44. Canada ended the day 10 points clear of the French, who are 7 points ahead of the Czech Cubs. Two rounds to go! 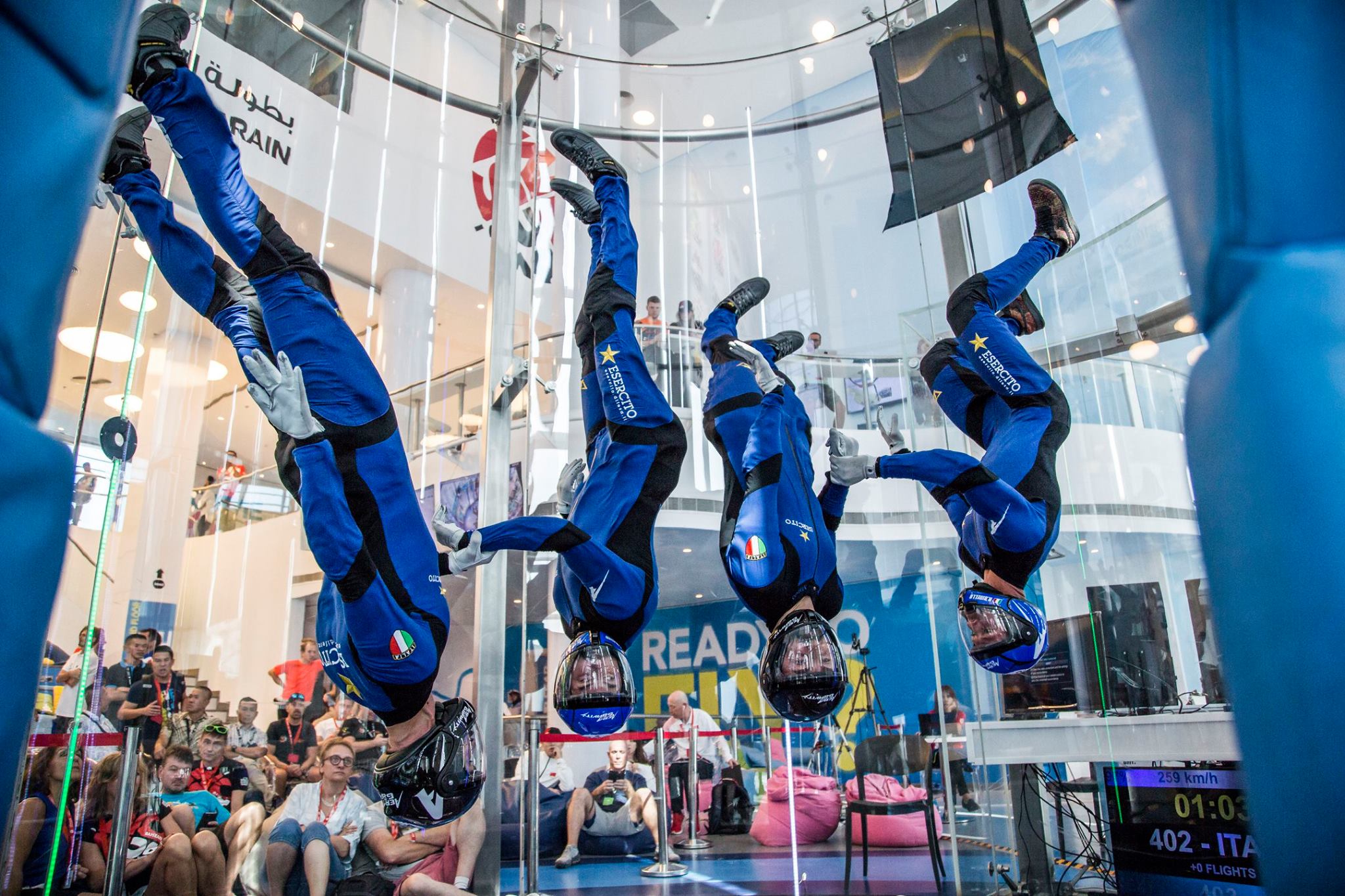 In VFS, gold and silver look decided with world champions SDC well in front of Russia’s Fly Station. A battle is going on for bronze medal and fourth place between Italy who are just one point ahead of Russia, who have pulled back 2 points today and sit 3 points behind with two rounds to go tomorrow.

It looks like the fight for the medals is going to be between Kayleigh, Yi Xuan and Coralie. They started the day in that order and ended in the same positions, well clear of the other teams. 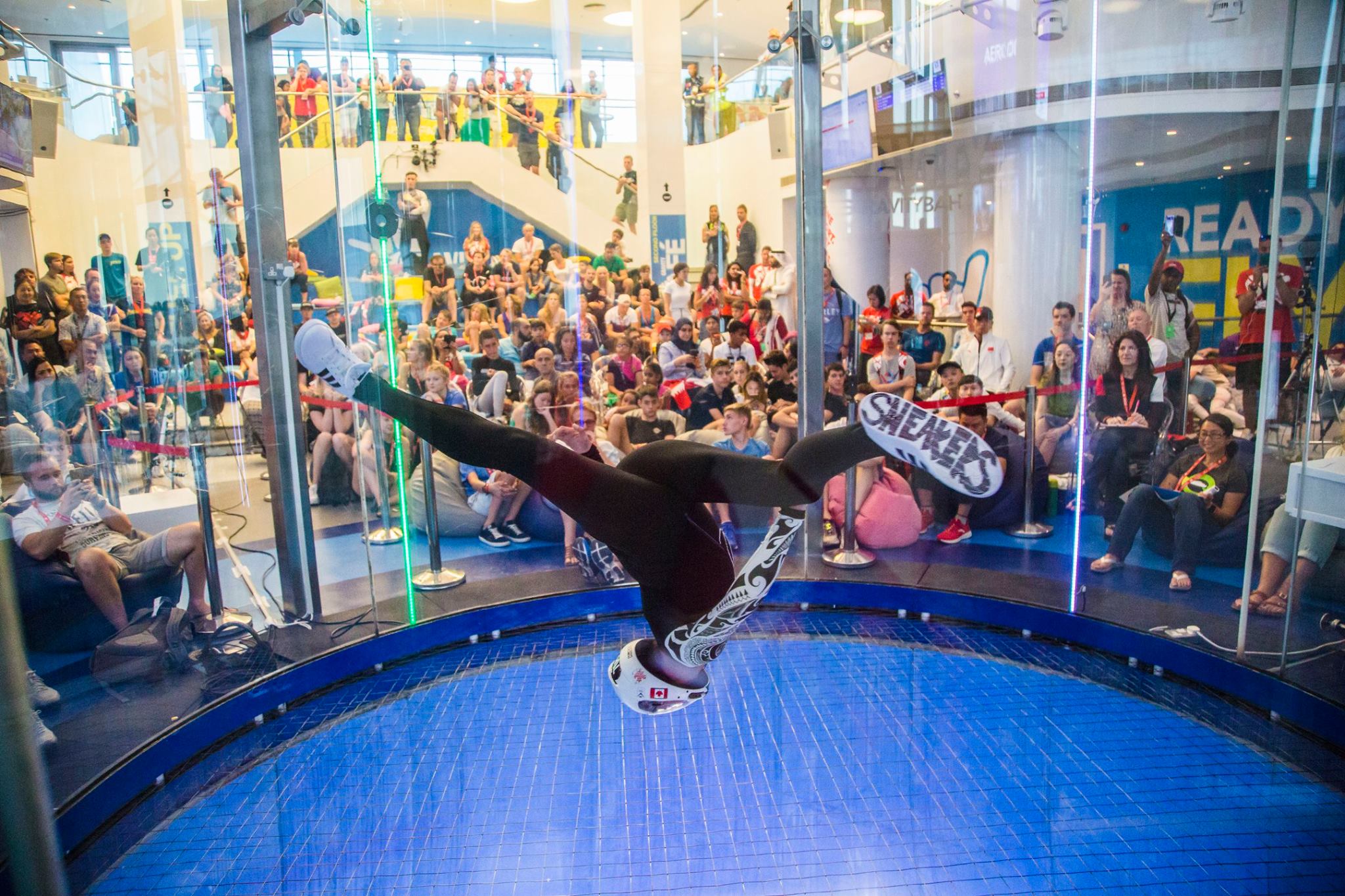 The scores for all yesterday’s flights left it very tight at the top, with just 0.5 separating the top four performers – Toms Ivans (Latvia), Maja Kuczynska (Poland), Kyra Poh (Singapore) & Amelie Hegland Lauritzen (Norway). At the end of the day they were still in the same order, with 0.6 between them. 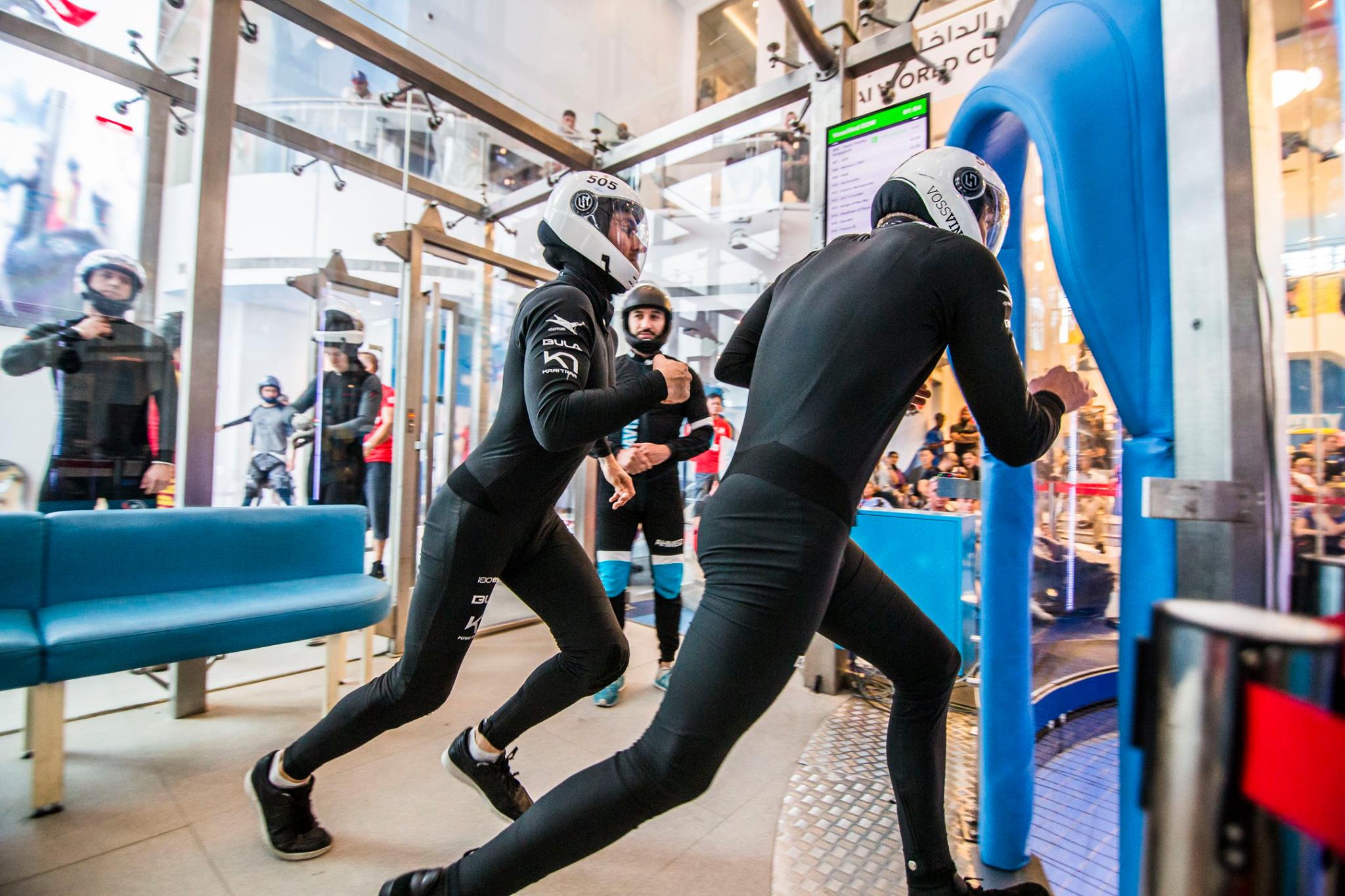 The dynamic competition really got under way today, with knockout battles between top and last placed teams; second and next to last, etc. Teams flew a speed round against another team, then a free round, with the winners going forward to the quarter finals at the end of the day, while the losers will be fighting again tomorrow to decide the lower places. The free rounds showcased a huge variety of awesome routines and were brilliant to watch. 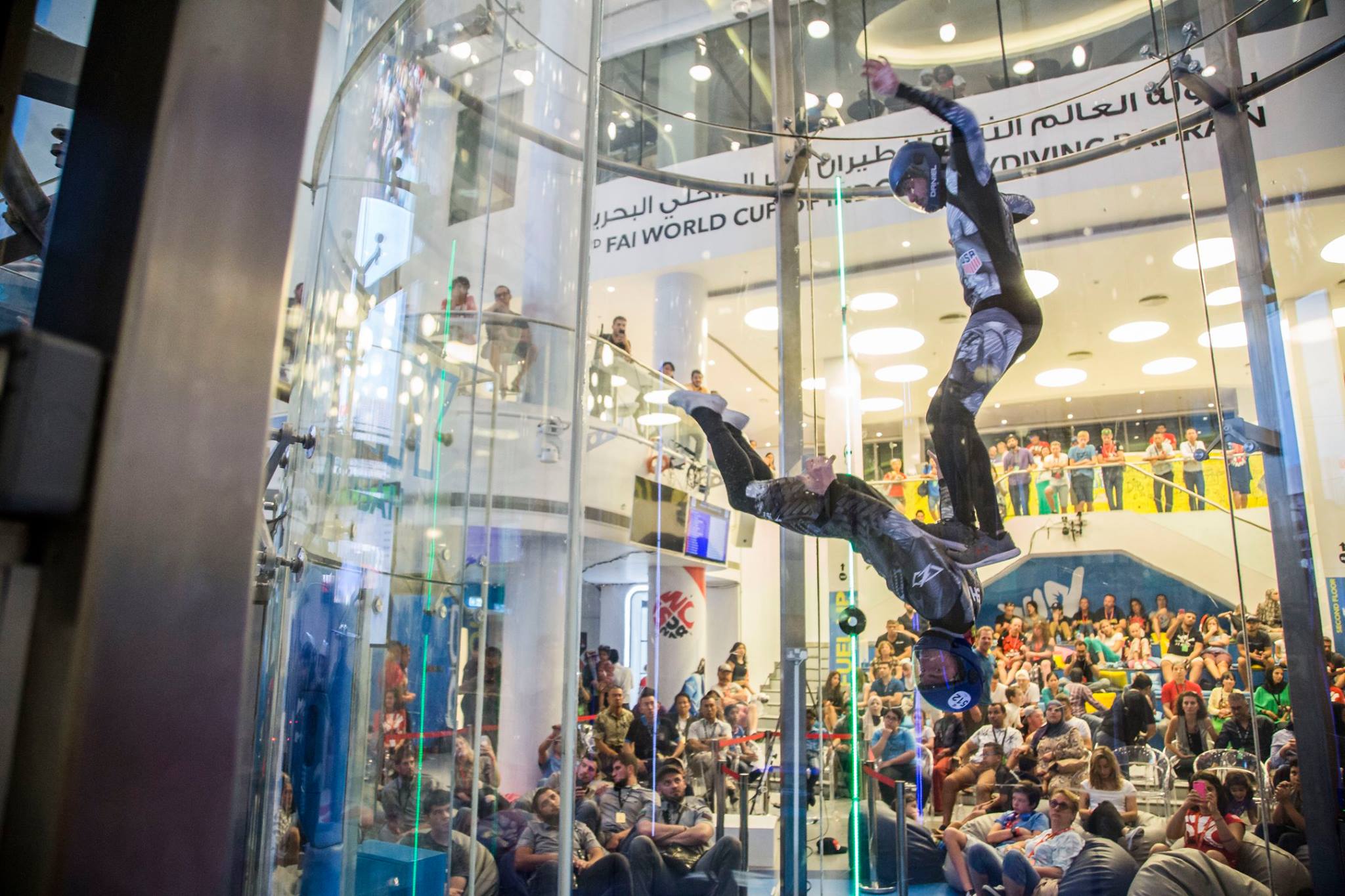 The speed battles were EPIC! The tension from all the competitors walking their rounds filled the room. The crowd were going wild and we saw a lot of surprising results, with some of the fastest teams from yesterday being beaten by ‘slower’ teams today.

The last speed battle was a heavy head-up round and we witnessed a fight between IFLY Aspire and Windoor Ninjas of France. The Ninjas won by less than a second and we will see an all-France semi final battle of their free routines tomorrow. The other surprise of the day was Windoor DC losing out to the Hurricanes from Czech Republic in the speed round, the nature of the draw meaning that they will have to battle home team Gravity with their free routine tomorrow.

All 8 teams go back into battle tomorrow with their free routines to make it to the finals, all to play for! 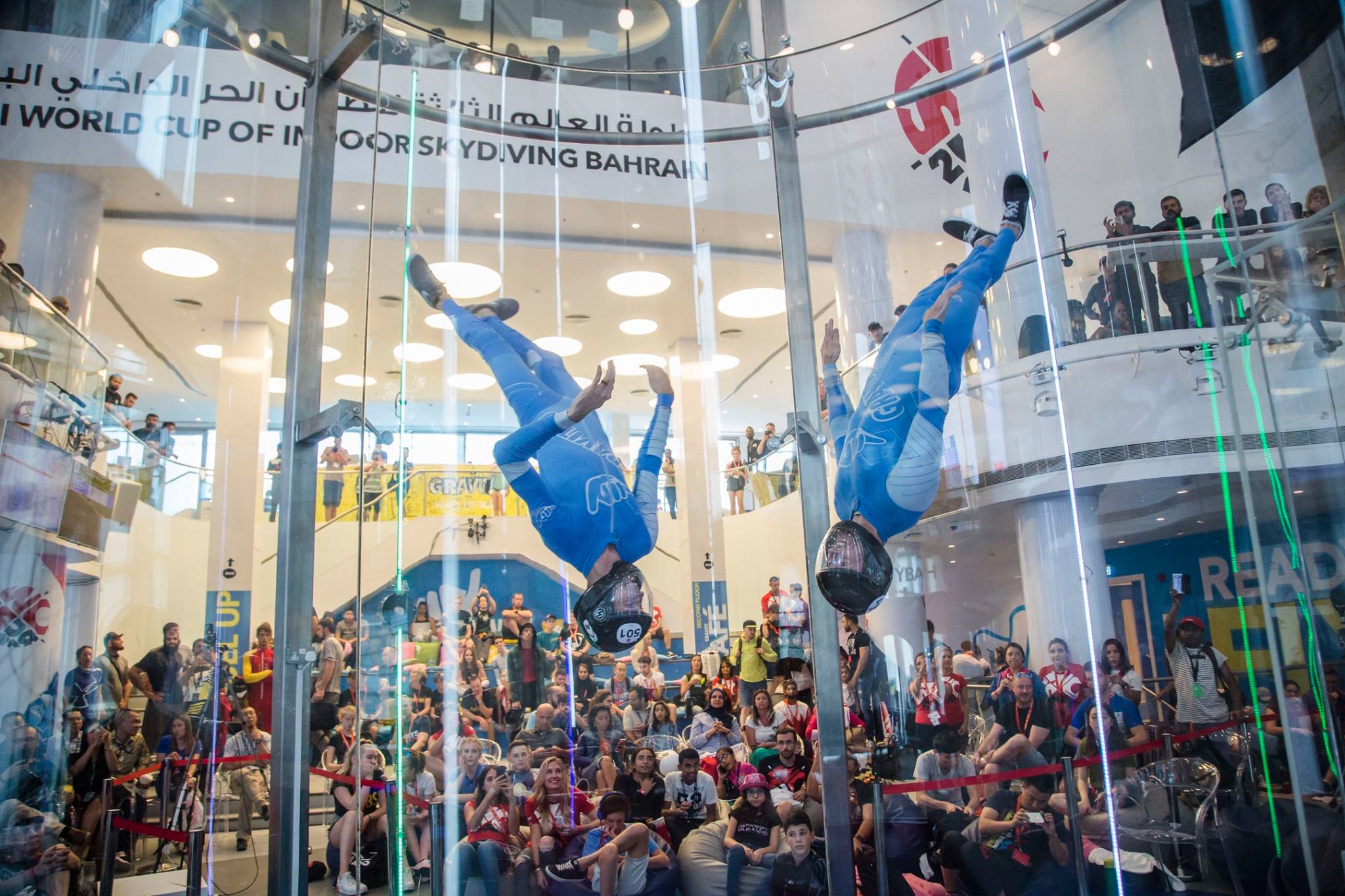