Wing loading is a measurement of how much total weight is supported by how large a wing It is expressed in pounds per square foot. Everything the jumper exits with, including all clothing, the rig and both canopies must be included in the weight.

In very general terms, the heavier the wing loading of a parachute, the more quickly everything happens in flight, and the more critical correct flight techniques become.

These concepts are frequently misunderstood…

1. Wing loading is the biggest determinant of a canopy’s overall speed. Choose the size carefully and be realistic about your current capabilities.

Different canopy models of the same size handle differently in terms of turn rate with different control inputs, flare response, and other qualities. However, in terms of overall speed at full glide, two canopies that are roughly similar, with few exceptions. (One such exception is that a more steeply trimmed canopy is usually a little faster at full glide.)

The specifics of the design of the parachute play a much larger role in the handling and dynamics than it does in the overall speed in a given flight mode.  These performance/handling differences, when maneuvering, often influence a person’s “impression” of speed, when they are comparing canopies of the same size. That is why we encourage changing the model, but not the size, when trying a canopy that is thought to be a bit more spicy. You can always assess whether to try a smaller size (or not) AFTER you’ve made a few on the same size you are familiar with.

2. A person evaluates a canopy’s speed according to their individual frame of reference, which has been created through their own, unique experiences.

Example: Jumper A and jumper B weigh the same, jump the same canopy, and have the same number of jumps. They may have completely opposite opinions of the speed and handling of their canopies. Why? Different frames of reference! The canopy may be the smallest one jumper A has flown, and may have chosen it to get more speed, quicker turns and faster landings. It will feel really fast and be a real handful to fly well! Yet jumper B may have moved up one or two sizes to this same canopy size and model, to create more forgiving handling and easier landings than they had had previously.

3. It is very important to remember the issue described in the example above then you are asked to discuss the speed and forgiveness of a particular canopy. Your frame of reference may very different from theirs.

Be careful to avoid projecting your frame of reference onto a person to whom you’re describing a canopy. Example: If a person is asking advice about trying a new canopy that is much larger than what you are currently jumping, you’ll likely be tempted to tell them that it will be rather slow and docile. But telling them so could be a big mistake if they’ve spent their whole skydiving career on a much larger canopy! Regardless of how you feel about the canopy, it will be the fastest, most responsive canopy they’ve ever jumped. So you may be leading them into a very different situation than you’ve prepared them for. This is true regardless of any wing loading calculations you might make.

4. It is not necessary to heavily load a high-performance canopy to make it fly and land correctly.

This is a common misconception even with many experts. If a person’s canopy is going the speed they are comfortable with, then that should be fine. If they’re not getting good landings on a properly designed canopy flown at a lower wing loading, they’re probably not flaring it correctly.

5. It is best to choose your canopy size by reflecting on your impression of the canopy sizes and models you have recently flown, combined with your desire to go faster or slower. Choose a model of canopy that gives you the handling and response you want at that speed.

Choosing a canopy this way is much safer than using only a chart published by a manufacturer. Such a chart is only a rough guide at best, and cannot be used effectively without applying your own unique experience. Bottom line is, if you don’t want to go faster, then don’t go smaller than what you are using! 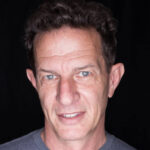