So, team training this past weekend I had an opening where I think there were tension knots on the left side – the canopy was inflated but in a hard (but not “violent”) turn. About 4 seconds and two or three full rotations later, I cut it away and landed my reserve in the middle of the DZ. The awesome ground staff at Skydive Spaceland Dallas had my main in the hanger before I could even walk back in.

I tell this story to set up the following conversation I had with a newer jumper in the hangar as I walked in:

Them: What happened?
Me: Not sure, I think tension knots…
Them: Did you try to clear them?
Me: Nope. I worked the opposite riser for a couple of seconds then said ‘f*ck this’ and chopped it
Them (slightly confused): Oh. Wow. How many cutaways do you have?
Me: Not sure, maybe 12 or 13?
Them (very surprised): Really??? How many jumps!?!?
Me: Not quite six thousand.
Them: Oh. That seems like a lot of cutaways…
Me: Would you rather have a few too many cutaways, or one too few?

The rest of the day I heard a lot of people sort of wonder why I’d cut away so fast (I was under the reserve at about 2,100 feet after a deployment just over 3,000 feet). The answer is because I have fully internalized the idea that if it’s not really good, it’s probably really bad.

I tell this story to bring up a message that one of my friends, a great mentor, and (to be honest) an idol of mine, Dan Brodsky-Chenfeld, constantly reiterates to anyone who will listen: “If you deploy the parachute and it is not good, CUT THAT SHIT AWAY IMMEDIATELY.”

This seems like such an incredibly simple thing. Those of us flying high (or even medium) performance wings know that when something goes wrong, it can go wrong VERY fast. Even a couple rotations on a wing like mine is hundreds of feet of altitude, never mind building G-forces and all sorts of other crap I don’t want to deal with.

I’m absolutely sure that at least a couple, maybe more, of my dozen-plus cutaways could have been fixed or saved. But what if just one of them couldn’t?

Yes, cutting away a canopy when you might not have had to is inconvenient and possibly expensive. But NOT chopping when you should can be fatal. I often tell students and new jumpers: “When something goes wrong at deployment, you either have a few seconds or the rest of your life to get it fixed. Choose wisely.”

Years ago, I watched a friend die because they took too long to respond to a malfunction. This was on what most of us would consider a “lightly loaded” canopy. The malfunction was probably something like a stuck toggle or a brake fire or something “routine”. But for reasons we will never know, they spent too much time trying to “fix” it — and cut away too low for the reserve to inflate.

Another friend died after cutting away too low from another “routine” malfunction. The reserve inflated fully, but not high enough to get to a safe landing area. The injuries from the off landing were fatal.

Cutting away sooner would have almost certainly saved the lives of both of these friends.

So, please. Take 15 minutes. Watch Dan’s excellent safety video if you haven’t already (below). If you have seen it, watch it again. Pay particular attention to just before the 9-minute mark… if it’s not something you’re 100% certain you can fix, remember the mantra: 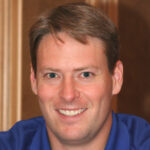 LJ Wobker has been jumping since 2000 and has over 5500 jumps. He holds world records for the largest multi-point FS formations (219- and 217-way). He has won 20+ medals in 4/8/16/10-way FS events at the US, UK, and Australian national competitions. When not team training, organizing newer jumpers at the local DZ, or traveling for work and/or skydiving, he lives in Raleigh, NC with his (tolerant non jumping!) wife and 3 cats.

LJ Wobker has been jumping since 2000 and has over 5500 jumps. He holds world records for the largest multi-point FS formations (219- and 217-way). He has won 20+ medals in 4/8/16/10-way FS events at the US, UK, and Australian national competitions. When not team training, organizing newer jumpers at the local DZ, or traveling for work and/or skydiving, he lives in Raleigh, NC with his (tolerant non jumping!) wife and 3 cats.