The Downunder Dynamic series started oﬀ in 2015 at Skydive Ramblers, Toogoolawah. The event was based on a mixture of events that I thought were some of the best I‘d been to, as a participant or as a coach.

These events in my opinion were some of the best in the business for progression and enjoyment.

I wanted to create something similar in Australia with Australian coaches to show the talent we have in our own country. Many times in the past coaches here were referred to as “only local coaches” and considered to be at a lesser standard. I wanted to show we can stand beside those of an international level and take the chance to grow our community and develop the freeﬂy discipline. The coaches we had on the ﬁrst one included Ty Baird, Keith Grealy, Matt Boag and I, with Joe Grealy and Dave Hyndman doing camera.

The overall goal of the event was to create a camp that was focused on learning and coming up with initiatives on how the community wanted to grow freeﬂy within Australia. We did this by inviting a lot of the current freefly leaders countrywide and holding nightly workshops with everyone, to discuss how we thought we could achieve this and then come up with ways to implement the ideas.

The end the result was the DD ‘Train the Trainer’ series where Keith Grealy and I would travel the country running training events for various coaches in their local area to spread the same coaching knowledge countrywide. This would give the best possibility for the country to have one set way to progress, and therefore bridge the growing gap between intermediate and advanced ﬂyers.

During the DD Train the Trainer series we also held more workshops to ﬁnd out what diﬃculties local areas were facing and how we could help. Everyone said funding and incentive for coaches. We found a lot of coaches were getting burnt out in their local areas. There was little incentive to teach as the weekends that they used to spend on progressing themselves slowly turned into progressing others with little to no financial reward. Unfortunately this still hasn’t changed today.

This caused me to start thinking diﬀerently. If it couldn’t change from the top down, maybe It could grow from the bottom upwards. At this time, I ran the second DD event, at Skydive Goulburn. It went well but was plagued by shitty weather and turned more into a skills boogie rather than a skills camp. I found it was very important to focus on having the right demographic with the right attitude, to help make a diﬀerence. So, it was time for some reshuﬄing.

“I’m a pretty simple bloke, it doesn’t take a lot to sprinkle my donut, but if you’re reading this I reckon you’ll agree that bringing a group of the ﬁnest freeflyers in the country to a droppy with a super-fast plane and plentiful beer ﬁnes is gonna be a good time. Then for good measure give us some dope coaches and good weather and ya got enough to cobble dogs with!”

I changed DD3 into an all-skill-levels event, focusing on spreading the knowledge countrywide from the ground up rather than top down. The theory was new jumpers are generally they keenest/loudest and usually go back to their home drop zones and tell everyone what they learnt.

The participants were still broken into set groups of similar skill level but now the beginners could see a clear progression path to intermediate and professional. They could chat to each other and interact with all skill levels each night around the bar as everyone was onsite. With over 15 coaches, 70 participants and some groups a 3:1 ratio, this brought a whole other attitude.

It was inspiring to see soooo many keen new young jumpers frothing at the chance to learn every bit of info they could. We still held nightly workshops and seminars, with an open forum mindset encouraging thought-provoking ideas and questioning. Asking the students why do you do that, what caused you to move or think this way, how did you interpret what I said? Getting into the minds of the students and allowing them into the minds of the coaches and experienced ﬂyers.

“Downunder Dynamics, what a ride it’s been! when Mason ﬁrst brought it to Australia back in 2015 I don’t think anyone would have guessed what it would have turned out to be. I still remember shitting bricks when Mason asked me to coach the ﬁrst one, after hearing Ty Baird and the Grealy brothers would be the other coaches. This was the ﬁrst time I ever saw a head-down angle go through to the feet, and looking around now that move is now being ﬂown and taught by many Australians. (If you are a ﬂatty, wingsuiter or student and don’t understand that, it’s a big deal – kinda like reinventing the wheel.l)

“This is one of many examples that I look back on and compare to where the sport was and where it is today. Mason not only taught ﬂyers and coaches how to improve themselves, but also directed Australian freeﬂy onto the path that caught us up with the rest of the world and beyond. It’s been an absolute pleasure being part of the journey, and if you ever have the chance to get on one of these camps, you should not even think twice, just do it.”

Over the next few years we ran many more DDs with this method and began to see a Downunder Dynamics community form. We started to see a ﬂow-on eﬀect, with participants that were once students on the camps turning into coaches at the events, and spreading their knowledge at their local DZs. We started to see a progression path form. DD began to be known as a leading progression skills camp where you can learn and hone your skills not just as a participant but also as a coach. It was great to see everyone so keen to learn.

My theory to achieve this with my coaches was, if I looked after them, then they in turn would look after the students. Don’t rip oﬀ your staﬀ and they won’t rip you off.

Thanks to our Amazing Sponsors

It is not cheap to run these events. We have received so much support over the years from many sponsors. I have to thank them so much as this is how we looked after our staﬀ.

Job Connect recruitment were the ﬁrst outside sponsor who supported us for growing the community and looking after the lower level. They just liked and appreciated what we did and I can’t thank them enough. Australian Parachute Federation supported DD with the Fi funding to help develop and grow the sport. Various manufacturers gave us discounts, demo gear and sometimes monetary support as well; Deem Flywear, Dekunu, Nzaerosports, LVN, Aerodyne, Cookie composites, Meeloft rigging, IFly Downunder. Plus of course the DZs that hosted us, Skydive Goulburn, Skydive Ramblers, and massive support from Skydive Nagambie (who btw are selling their DZ if anyone is interested).

With times changing economically in the world and money getting tighter DD10 was to be the last DD event for some time. Not to say that it will be the last forever, but it’s time for a break to recoup and redirect my energy into other areas to add further and diﬀerent value to the sport. So, it was time to get back to the roots and have a last DD Hurrah.

For DD10 the focus went back to fewer coaches and more technical jumps. Participants were selected rather than open to all skill levels. We wanted to create some cool jumps again and push what we could already do. We still held a couple of workshops; How to know your level and that of others, How to spot/create a jump run and ﬂight path for moving groups and Flying aerodynamics, body anatomy and mental awareness. Awareness is key for all progression I believe; if you aren’t aware of what you’re doing you can’t progress to where you want to be.

“Downunder dynamics 10 – wowee what a camp! With the experience and ﬂying level of the coaches and participants this camp doesn’t just help ﬂyers become better in the sky. It oﬀers a lot more. Being a new FF coach in the Aussie scene, I left this camp with higher knowledge of my own ﬂying techniques and abilities and also the communication and skills required to be a better coach. Thank you Mase for organising such a sick event. Hopefully many more to come. Mason Corby putting Aussie ﬂying on the map. Boom!”

Next on the cards for Downunder Dynamics are more focused events held at the freeﬂy school I am creating at Skydive Australia in Byron Bay (massive thanks for the support from them) and creating various YouTube tutorials/videos for skydiving progression. There may be even a podcast in the offing as well.

Massive thank you again to all those that have supported DD over the years and to the events and coaches that gave me inspiration to pass on what you passed to me. Big thank you and looking forward to the future more than ever.

Check out the Experience Series, aiming to show a behind the scenes look at what we do in skydiving

More videos on the DD channel 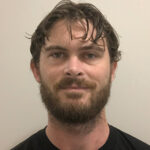 All about self progression and the progression of others, the more people I progress the more I can learn and progress.

Fell in love with freeflying early on, I was always welcomed and taught by those above me and just wanted to pass that favor on to the next generation.