The first wingsuit over the famous Transfăgărășan road in Romania…

With over 10 years of experience in skydiving, BASE Jumping and Wingsuit Flying, Max Manow , Marco Waltenspiel and Marco Fürst “opened the traffic” on the most famous and spectacular road in Romania after flying over it with the wingsuits, touching a speed of 220 km/h. It was the first flight of its kind ever made over the Transfăgărășan.

The Red Bull Skydive Team members were happy to break the ice with such a premiere in the most popular place for drivers passionate about dizzying turns, the Transfăgărășan being included by BBC among the seven riskiest roads in the world. It was the perfect playground!

“This flight is a special project for us because it is in a place we have never been before. It was an honor and a privilege to fly over the Transfăgărășan road” said Max Manow, who made his first skydiving jump in 2002.

“Nature impressed me the most, this area is simply amazing. And the way you see the waterfall (ed. Bâlea, the largest waterfall in steps in Romania, about 68 m) from the air is breathtaking” added Marco Fürst, the youngest athlete, who jumped for the first time in 2009 and immediately fell in love with the sport.

“The mountains here are spectacular, and the wild nature makes you feel special when you fly. I even saw a deer and a bear from the air and I really liked it. Although I wouldn’t have wanted to meet the bear face to face after I landed” laughed Marco Waltenspiel, who jumped for the first time in tandem at the age of 11. Since then he has known that this is what he wants to do in life.

The weather conditions gave the athletes a hard time. Due to the high mountainous area, the plan made on the ground had to be changed in the air, just before the launch from the helicopter. Flexibility and quick decision-making mattered enormously before the jumps. There was no room for error!

“When you are dealing with weather conditions that change so fast, you have to improvise. Normally, it takes about 8 minutes from the moment we take off from the ground until we land, but this time everything took longer because we had to find the right moment to jump. But whatever we decide between us, we have to communicate and agree with the pilot” explained Marco Waltenspiel.

“Some pilots turn up their noses when they have to adapt to a new plan on the go, but ours was great. We collaborated very well, Radu had a lot of patience with us and we managed to make some great jumps” said Max Manow about Radu Marin, the pilot of an AS350 used in this project, the only helicopter model that can land on Everest.

“It seemed amazing to me that while I was flying at about 80 km/h, they were sitting outside the helicopter and looking left and right, very calm, then they said to me, <Here we can’t jump because it’s too cloudy and we don’t see anything…. Go a bit forward… look, it’s perfect here, let’s jump!>” said Radu, from DUNCA Expediții, who at only 31 years old already has 13 years of aviation experience.

“It was a challenge to be able to integrate such a flight in a mountain environment” said Alina Sime, flight preparation and safety advisor, who together with Dragoș Boeru, co-founder of TNT Brothers, the most important private dropzone in Romania, coordinated the helicopter flight from the ground. “The most important thing is to plan your resources properly, to communicate well with everyone and to achieve your goal. And I think the day was very successful from that point of view“.

“Even if we had to adjust our plan on the fly, years of experience have spoken. I was calm and ready for anything. Everything we learned to do in the years we have been practicing this sport speaks for itself in these moments, when you have to evaluate the situation quickly and decide what you are going to do” explained Marco Fürst.

With a total length of 151 km, the Transfăgărășan road crosses the highest mountains in the country, Făgăraș, and connects Muntenia with Transylvania. The highest point of this road reaches an altitude of 2,042m near Lake Bâlea. Because of this, the high mountain area is closed to road traffic in winter and Lake Bâlea can only be reached by cable car from the Bâlea Cascadă chalet, which operates all year round.

Max Manow, Marco Waltenspiel and Marco Fürst have been flying together for seven years. In addition to the experience that each of them has on their own, the time spent together helped them to weld their relationship and to trust each other professionally, and as human beings.

“You really know a person only when you go through all kinds of experiences together especially through challenging times. Then you see how the person reacts and you realize how he really is” said Marco Waltenspiel.

“The fact that we are a team helps a lot because we know each other very well. I analyze the situation very well before I jump with a new person, I choose very carefully with whom I do this” says Max Manow.

With each new challenge, the connection between the three athletes becomes even stronger. And the flight over Transfăgărășan made them appreciate that their connection is stable and solid and in difficult moments they can rely on each other and make the best decisions. Every jump they make is the result of previous experiences, as well as an act of faith in the instinct and judgment of those around them.

Video: Wingsuit flying over the famous Transfagarasan Road in Romania 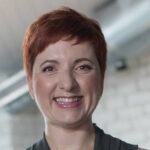 Andreea is an awesome freelance journalist writing for Red Bull Romania for more than 7 years.