The idea is exceedingly simple, yet the benefits are numerous. Shared captainship can help a team ramp up to productive training quickly and to develop a sense of mutual ownership among team members.

The setup is very straight-forward. The training season naturally breaks down into a string of training camps (of whatever length, they can be weeks or weekends or even overnight tunnel). Each team member is assigned to act as captain for one or more consecutive camps at a time. An approach we took with a team was to rotate the responsibilities after every camp. Once everyone’s played captain once, the cycle starts again.

The job of team captain grants control of the team but comes loaded with a slew of responsibilities. A few examples follow:

A coach can help the captain in various ways: help guide the training plan and technical development, act as liaison to manifest. The coach can also own captainship responsibilities entirely for some areas. For example, we opted to let our coaches take full control at wind tunnel camps.

Training can be very chaotic early on in the season as everyone is figuring out how to work together. The team members can waste time jockeying for control or sitting around in awkward indecision. Explicit captainship helps curtail both problems: there is a single decision-maker and driver.

Moreover as each team member takes on the cat-herding responsibilities, they experience first hand how stressful the job can be and how painful it can be to have their decisions second-guessed. The captain learns how to be a better leader and a better follower at the same time! Meanwhile, the rest of the team enjoys the opportunity to observe different leadership styles and note how they can improve next time they are captain.

The first cycle of captainship is difficult, whether you’re a natural leader or an instinctive follower. The second cycle however, is much easier; the team virtually runs itself!

Just as the team members start to settle into their ‘roles’, the team sees some of the routines begin to take shape: morning stretching and goal setting, jump preparation and debriefing, end-of-day debriefing. Each member inevitably has opinions on the routines and they are given the freedom to try to tweak things the next time they are captain. For example, Vibe experimented with stretching at the hotel and arriving at the DZ warm. Collectively, we got to try a number of tweaks and ultimately settled on routines that worked for everyone.

The same principle applies to technical direction of training; everyone gets an opportunity to set team goals, program the skydives and experiment with engineering. In addition to flying his own slot, every member contributes to the team’s direction and growth. A mutual sense of ownership develops organically.

If you haven’t had the pleasure of being part of a team with shared captainship, give it a try. You might find it solves potential conflicts by allowing everyone to try their own ideas instead of arguing about them. It’s tried and tested, it works with all levels of teams from recreational to professional – why wouldn’t it work for you? 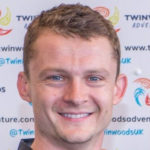