There are some skydivers who enter the sport not knowing which direction they want to follow; they end up making lots of friends and specialising in one discipline

This is the story of Andy Pointer, a skydiver, cameraman, instructor, a committed hard-worker and – most importantly – a teacher!

I arrived at Skydive Hibaldstow in 2013 with eighty jumps and a tent. My first season here was spent doing ground crew work as well as working the old bar in the evenings. In terms of skydiving progression, I was focusing mainly on developing my belly skills beyond the bare minimum for the FS1 [formation skydiving level 1] sticker which I already had, as well as learning basic head-up freefly skills and getting my FF1 [freeflying level 1] sticker. Toward the end of that season, once I had acquired that magic 200 jumps, and could legally do so, I put a camera on my head and started following out tandems. This was my first real step toward professional skydiving.

Over the following winter, I took a break and then returned to the DZ in March to start training as a dropzone controller and canopy handling coach. These were the first steps toward my first instructor rating, the Category System Basic Instructor (CSBI). All the while I was continuing to follow out as many tandems as possible to get my footage (along with editing and packing) up to camera pool standard.

It took me exactly 50 unpaid tandem follow-out jumps to be accepted onto the Hibaldstow dropzone tandem camera pool. I think this figure is one that will vary massively between individual camera flyers – some people could get there in 20 jumps, others in 100. I’ve always felt that the standard at Skydive Hibaldstow has been very high in all areas, the camera pool included; and this has resulted in a high level of satisfaction once I was told I was ready.

While I started doing paid tandem camera jumps, it started off fairly slowly as I was still predominantly a DZ controller. I enjoyed learning dropzone control, and again feel I was taught to a very high standard by those that mentored me in this area. It was an area that I soon learned could be incredibly satisfying. Running a 3-aircraft turbine G92 operation smoothly or getting a tough spot perfect are some of the best feelings I’ve felt on the dropzone. I’d encourage anyone who works regularly in skydiving to take an interest in DZ control – the rewards for learning an appreciation for this area are well worth it. DZ control was where I started out as a full time skydiver and to this day I pride myself on being good at it. It’s a skill set that has already proved invaluable to me as an instructor and as a skydiver and I’m sure will continue to do so as I continue to progress.

In late August I took my CSBI course and received the minimum recommended probationary period before returning to sit the Category System Instructor (CSI) exam course. The CSBI course was a very enjoyable course and the coaching received throughout was fantastic. Aside from the coaching received from examiners, it was interesting to simply see how instructors do things differently at different DZs. The CSI course was different. It took a lot of classroom preparation and teaching practices to even feel nearly ready to take the exam course. On this course there was none of the coaching from examiners, although again, it was still rewarding to see new instructors and the methods / techniques they used.

Upon returning to the DZ with a shiny new rating, I was put to work with teaching static-line ground school courses, B-licence progression days and PLENTY of static line refresher training. Initially under the continued supervision of the chief instructor and other senior instructors, I also learned that dispatching static line students was surprisingly physically demanding (but also unbelievably good fun as well). When I landed with the aircraft after dispatching my first two full Finist SMG loads of students, I was shaking. I got more of a buzz from dispatching those two loads than I ever have from a skydive. I walked around the packing hangar and high-fived every one of those ecstatic students before sitting down with them all, beer in hand, for a hugely enjoyable debriefing session at the end of the day. Turns out this instructor business is alright.

I made 775 skydives during 2015. This has been largely tandem camera and was a big enough bump to my jump numbers to have me ready for a Tandem Instructor (TI) course in time for June. Since getting the tandem rating (another very enjoyable BPA instructor course), I’ve made around two hundred tandem descents and am thoroughly enjoying the new challenge and sharing the experience of a first skydive with so many people.

November saw my final BPA qualification course of 2015. After even more classroom work, several tunnel trips and a beat-up trip to Skydive Algarve, I attended an AFF Instructor course. This course was not like the previous courses I’d been on. It was very high pressure throughout, to say the least. Despite going through one of the most nerve-wracking weeks of my life, I ultimately came away with the rating and couldn’t have been happier.

This was also the first course that I attended alongside Rich Cotton. A colleague and friend from Skydive Hibaldstow, Rich also achieved all his ratings over the course of 2015, and it was a great end to the year to be able to tick off rating number 3 at the same time (with the same score- but who was counting anyway!).

In February I managed to take a weekend off to get to Skydive the Expo! It came as a real surprise to be awarded Instructor of the Year at the BPA AGM. It was a really nice bit of recognition of the work that had been put into 2015 not just by myself but by the people that had put time and effort into helping me to progress.

Having achieved all three instructor ratings within the calendar year, I took a break to get current and more experienced on all ratings before going for the first part of the Advanced Instructor rating.

From 2015 to 2022 I’ve been continuing to throw myself into my instructional work and gained two further BPA (now British Skydiving) ratings. The Advanced Instructor rating was a huge amount of prep work, but luckily through the mentorship of Rob Spour and Noel Purcell at Hibaldstow, I had been being coached into the AI mind-set and a strong safety management ethos since the early days. This rating covers the ability to be Chief Instructor of a British Skydiving DZ, both the management of DZ safety but also all training, from designing the AFF ground school to the way instructors are trained. For these reasons there is a huge responsibility to the Advanced Instructor rating and the standard should naturally be very high to gain the rating. The feeling of satisfaction on completion of that course is far higher than any other course I’ve completed.

I took that rating overseas to Skydive Algarve where I worked first as one of three safety officers, and later as a sole Chief Instructor. The experience that I gained working in these roles at a high-volume DZ like Skydive Algarve was immeasurable. It also specifically gave me great insight into the United States Parachute Association and many other European federations. Seeing the way that British Skydiving operates compared to the USPA and other large federations was really interesting.

This also gave me the opportunity to see how instructor ratings are gained through the USPA which was new to me. The jump requirements are lower to attend instructor courses in the USPA and courses can be run by single examiners whenever they choose to organise them, in contrast to British Skydiving who only run specifically organised courses, directly overseen by British Skydiving officers. There are of course pros and cons to the different systems, but over time I’ve certainly come to the conclusion that both systems work very well and are capable of producing excellent instructors.

In early 2021 I returned to the UK and have been instructing at Skyhigh Skydiving in Durham. It’s been a very busy season and I’ve had even more great AFF exposure and have worked closely with very experienced British Skydiving and USPA instructor examiners. In November, I returned to Headcorn – the DZ where I attended my Basic Instructor course back in 2014. This time around it was to obtain my Instructor Examiner rating. This was after working with Rob Spour on some AFF instructor training during the course of 2021, and getting well acquainted with what should be expected on instructor courses from the examiners’ point of view.

Moving forward into 2022, I already have plenty of AFF planned, and look forward to working with more aspiring instructors and helping to prepare people for courses, as well as examine and critique those attending their British Skydiving Instructor courses.

It’s been a busy and educational journey for me and I’m looking forward to more of them. This is just the beginning – never stop learning!

Working in the Sport series

Read more detail about careers in the sport with the other articles in the series… and keep checking back, we’re adding articles all the time… 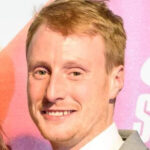 Andy started jumping in 2010 at Chatteris in the UK. He worked from groundcrew up to Safety Officer at Hibaldstow. Gained all BPA instructor ratings in 2015 and was awarded ‘BPA Instructor of the year’ the same year.
He gained his Advanced Instructor rating in 2018 and now he is Chief instructor at Skydive Algarve. His discipline of choice is Canopy Piloting.

He also has a degree in psychology and, to a certain extent, utilizes the knowledge of learning and sports psychology in his work.