When to Cut Away?

We have seen malfunctions take lives in the sport, especially at low altitude, with people cutting away lower than they can get a reserve out and open before impact. For this reason it’s important everyone has their own personal hard deck.

Flight-1 canopy school has produced this series of short videos discussing emergency procedures. The content is summarised below, or you can just watch the videos.

A hard deck is an altitude below which you would not cutaway. It’s a personal choice for every skydiver.

I’m not aiming to tell you what that hard deck should be or endorse any altitude but to endorse the principle that everyone should have a hard deck. A lot of us think we have a hard deck but we don’t actually define it for ourselves. That means in a malfunction situation we can easily be overwhelmed. If a lot of things are happening very quickly, we may have an idea of what we’d like that hard deck to be but maybe that’s not a good enough recipe.

It makes sense to be pre-prepared. Choose a hard deck that is a nice round number – so you’re not trying to assess small differences in altitude when there are a lot of things happening.

The actual altitude is obviously the main gauge for a hard deck, but you can correlate a certain place or position in the pattern with an altitude and link your hard deck to that. For example, you could say that, once you’ve entered your pattern you will no longer cutaway. Say if you’re on your downwind leg and you have a canopy collision, you become entangled and can’t see your alti, you’re trying to assess altitude and you’re left in a guessing situation. But if you already have established in your mind that you’ve passed through your hard deck it makes your decisions that much clearer and faster.

If you jump different canopies or containers, whatever canopy you’re jumping I recommend establishing the same hard deck for all of them.

Malfunctions Above & Below the Hard Deck

Malfunctions Above the Hard Deck

Having a malfunction or a problem above the hard deck is the most common situation. It’s important that we all decide to improve altitude awareness in our day to day jumping. The more current and the more experienced we are, the easier it is to become complacent and think we are more prepared than we actually are.

Whatever is happening, whether you have an entanglement, line twists or some sort of obvious malfunction it’s important to be altitude aware. The first thing that should come to mind if you have a problem is to check your altitude. Then as you’re assessing and dealing with the problem, keep checking the altitude and aim to be aware of the speed at which you are descending.

If you have a malfunction above the hard deck and it looks like something you can deal with, maybe it’s line twists or something you believe you can get out of, then the altitude awareness will give time to deal with it. But on the other hand if it’s a malfunction you’re not going to be able to solve, then get rid of it immediately and give yourself a little extra time. The idea of a hard deck is not that you should keep trying to solve the problem all the way down to the hard deck. It’s important that we differentiate between malfunctions that may be solvable and those which aren’t.

Malfunctions Below the Hard Deck

This is the least attractive of the options and a scary situation. In my mind once I’ve passed through my hard deck, cutting away is no longer an option. My right hand is no longer involved in my emergency procedures. My only option is to add fabric to the situation.

Remember that a parachute is not fully steerable and safe until we have released the brakes and done a full control check. Sometimes more experienced jumpers choose to fly around with their brakes on and release them lower down, perhaps when they enter the pattern. The danger is that there have been many cases when skydivers find they have a problem when they release the brakes; one is stuck on or tangled, or any number of scenarios. So as soon as your canopy is open and flying straight then take the brakes off and fully determine the controllability of the canopy.

Have a hard deck, have a plan. If you’re unsure about any of your options then speak to more experienced jumpers and apply what they do to your plan. But – have a plan.

Article and safety videos by Flight-1

NB: Students should always refer to an instructor before changing any procedure 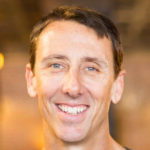 From engineer, journalist and professional skydiver to coach, consultant and business owner, Shannon Pilcher’s life choices — good and bad — have helped him create an exceptionally fulfilling life. He spends more than 200 days each year traveling the world and sharing his experience and wisdom. Whether writing, speaking, skydiving or consulting, Shannon wants to share his lessons with you so that you might be empowered to live more fulfilled.

Shannon Pilcher is a world champion skydiver, educator and entrepreneur who has spent 26 years traveling the globe and living life on his terms. He was an influential part of teams that pioneered high-speed parachute descents of some of the world’s most iconic mountain peaks, including the Dolomites (Italy), Mont Blanc (France), the fjords of Norway and the Grand Canyon. His work with high-performing teams and top-tier military units has earned him worldwide respect.

Pilcher is the co-founder of the Performance Designs Factory Team, a leading high-performance parachute flight team, and Flight-1, an education and training company that employs more than 30 consultants in more than 15 countries. He and his partners at Flight-1 have fostered a flat and autonomous corporate culture, intentionally mirroring many of the same values and procedures that contributed to their parachuting successes.

Before jumping career tracks for the full-time pursuit of becoming a skydiving world champion, Shannon worked as a construction engineer. It was in this role that Shannon learned how to scientifically assess and analyze problems, and how to systematically apply solutions. Later, as a reporter for a small but global newsmagazine, he developed an ability to examine situations with multiple lenses, enabling him to produce unbiased journalism.

After Shannon and his team were crowned world champions in 2004 and 2006, Shannon went on to earn his MS in Organization Development from American University, a branch of behavioral science that equips learners with the models and tools needed to help human systems navigate change.

Pilcher’s education, passions, and professions ultimately merged, allowing him to blossom into a leader who understands the essentiality of trust and authenticity in any organization’s success. His worldwide rapport with civilian teams has garnered more than a decade worth of work with top-tier U.S. Air Force, Army and Navy special operations units as well as their NATO counterparts in Canada, Germany, Poland and the United Kingdom.

Today, Shannon spends his time equally between coaching, consulting and speaking. He believes that everyone can be more mindful with their choices, big or small. So whether working with business executives, parachutists or college students, Shannon’s mission remains the same: To empower others to be more intentional with every minute of their lives, using passion, purpose and perspective as a guide.

Shannon lives in DeLand, Florida with his wife and daughter.