Wingsuit BASE jumping in the Superstition Mountains of Arizona has been a work in progress since the early days of “short starts” (sub-500’ vert). One exit in particular, referred to as the “Classic” West Wall, has acted as a kind of benchmark.

We have seen the margin and “repeatability” gradually increase over time, as equipment has gotten better, and pilots have gotten better. I witnessed the first-ever wingsuit jump from this exit in February 2011, see above video.

Most of the people there thought he was insane, myself included

Dan McNulty flew his S-bird from the “Classic” during the 2011 Arizona Boogie. Most of the people there thought he was insane, myself included. But, a few consecutive years of European WS BASE had hardened him to the reality that it was possible.

In Dan’s words: “I felt very comfortable and knew that it was well within my abilities and within the capabilities of the suit. I was so focused on nailing the exit that I ended up flying in a near stall until pull time. Was it a great idea at the time? Probably not. Repeatable? Absolutely. If the same rock drop had been overlooking a 3,000ft wingsuit flight I’m sure I would have done it again.”

About a year after his first jump, a few of us local Arizona jumpers went back up to try it again with equally scary results. At the time, I was flying an SX bird and had, by today’s standards, almost no knowledge of weather conditions and what would be beneficial thermic conditions. We jumped in the shadowed morning conditions off the west-facing wall. It was standard operating procedure to only jump Superstition in the morning, so that’s what we did. One guy emergency pitched at four seconds, and the other two of us had very mediocre, if not dangerous, flights. Overall, not such a great idea.

As the years progressed, so did technology and knowledge in the scene. More and more low wingsuit objects began to be opened, especially in Moab and Arizona. Superstition is a place where these seemingly small 10% gains in skill and tech become very apparent in real life. As the Squirrel AURA series of suits became the wing of choice for most pilots in this environment, we began to see the result of design improvements in such a high-stakes game.

This is what a present-day flight from Superstition looks like in an AURA 3:

Notice the late afternoon light. The west-facing wall had been baking in the sun for several hours at this point, and an anabatic flow was rising up the wall beneath the exit point. These conditions have a huge effect on the start arc, giving us extra margin that we get to keep for the entire flight, which means higher openings, too.

What surprises me the most about Superstition is not how much “safer” of a jump it is now with proper training and equipment (and technology such as mobile weather apps and laser-inclinometers), but how far we have come in such a short time. What was only a few years ago a daunting and scary jump, is now routine. There are still only a handful of people flying this object, but the change has been significant and rapid.

Here’s a video of what I would consider to be a modern and technical WS BASE jump. It is 98m to the talus, which remains consistently low-angle for the entire flight. This is in my AURA 3. With today’s gear and our evolving understanding of WS BASE, hundreds more WS exit points exist in the USA than did just a few years ago.

As we move into the future of wingsuit BASE, I look back at these examples of rapid progression and reflect on how we can learn from them. How the technology has enabled us to be safer. How much we have realized that micro-meteorology is critical to the entire flight, and how rising air and thermic conditions massively affect our start.

Most of all, I think about how much we’ve learned, and therefore how much more we have yet to learn. It is an incredibly complex sport, more than we tend to give it credit for.

It’s worthy of much more study than most jumpers give it, and I hope that we can do a better job of educating ourselves about hidden risks and best practices as the sport evolves. 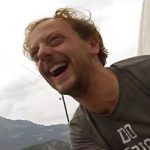