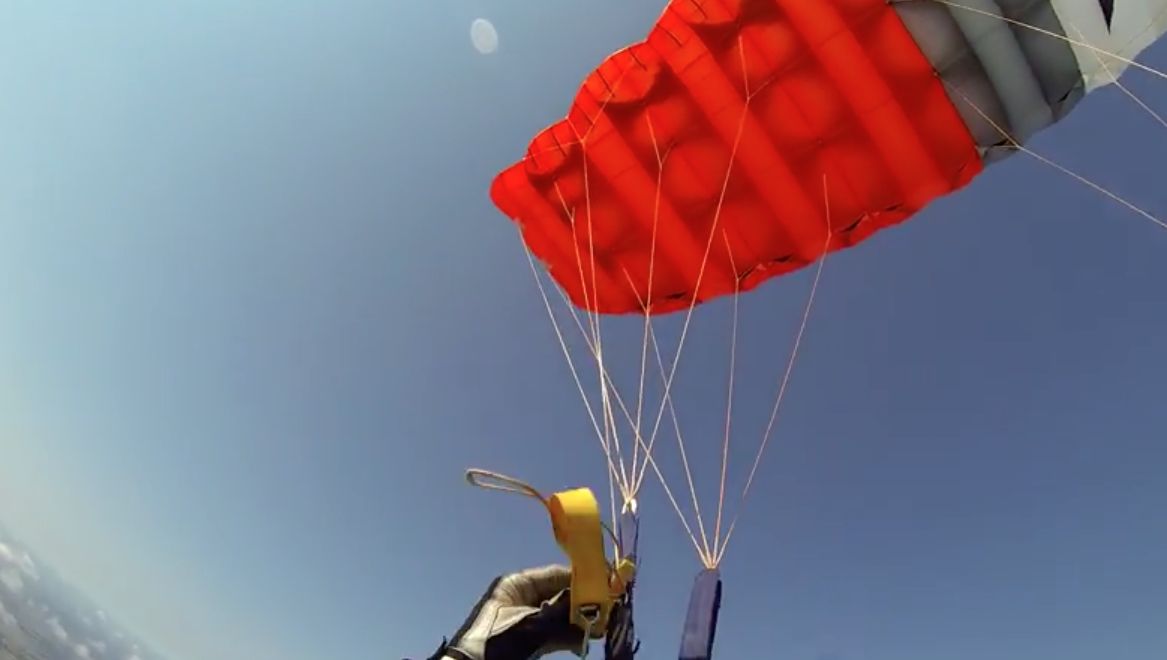 Thought you guys might like this one. This was from my first jump on Friday, and after my second attempt to clear it, I pretty well accepted the fact that I was going to have to chop this canopy…

Lucky for me it didn’t turn out that way. The video below shows the drama…

After opening and taking care of my camera gear (wings, stills, etc) I went to release my brakes. I immediately knew something was wrong because the left side felt like a bungee when I released. And then of course it violently started to turn. I was able to stop the turn by quickly getting to my right rear riser.

Toggle failed to release – what now?…

I couldn’t use my other hand to help get it because my right hand was keeping me out of a violent spin on the rear riser. At this point, I pretty much knew I was going for a reserve ride and was thinking about anticipating the violent spin when I went for my cutaway pillow…

I checked my altitude (3K) and decided I had a few more seconds to mess with it. I used my thumb and finger to see if I could fix the angle a bit. A few unsuccessful pulls… then finally it released. YEAH!!! 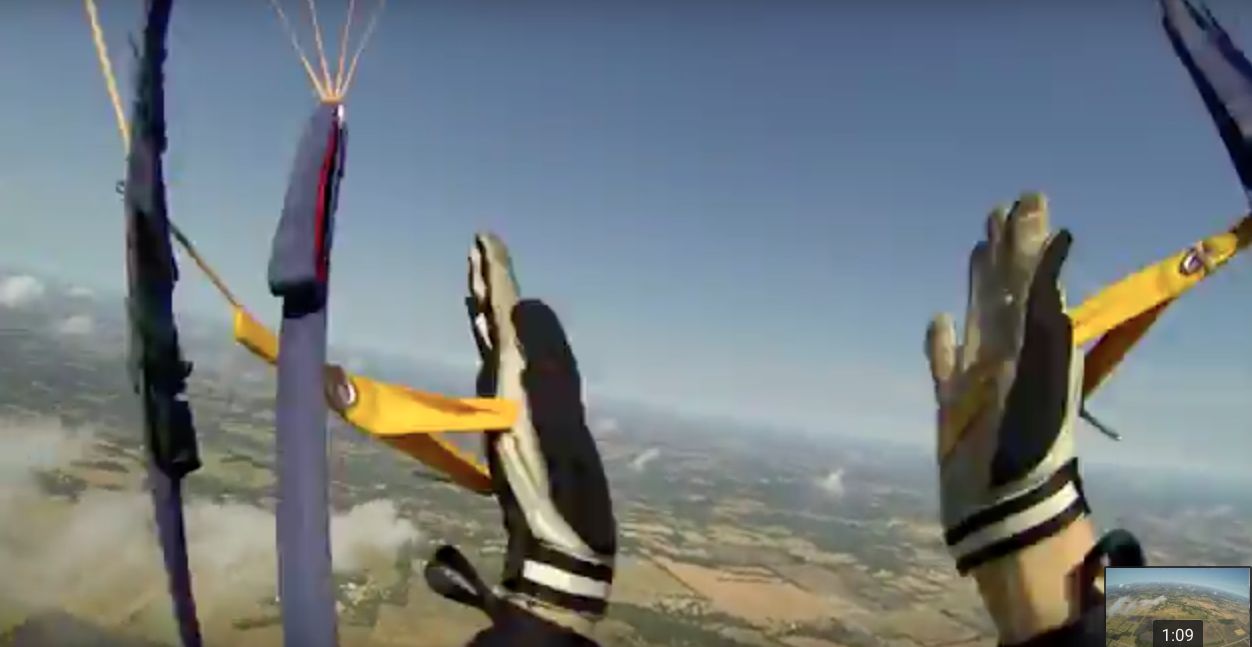 I’ve never had this problem before, and I’m not sure what the cause is (other than the randomness of the universe).

Could I have landed it?

In theory, yes. I could have basically landed it in half brakes. There would be a risk of losing control of the canopy, a risk of it releasing at a bad time, and a risk of a hard PLF landing from half brakes. I was ready to ditch those risks and just go for my badass #‎PDOptimum reserve.

Could I have stopped the turn by going to brakes on the other side instead of rears?

Yes, that likely also would have stopped the turn.

Could I have re-stowed the other brake?

Maybe? It would not have been easy because one hand was being used 100% to stop the spin, and I’m not sure what the advantage would be.

Things to think about

This demonstrates why you should be quick about getting your canopy flying. Don’t wait to release your brakes for the sake of your arms. Finding this out at 2,000 or 1,500 feet would not have been cool.

Some tips others have given

A note about the unstowed brake line… while it did not contribute to this issue, it is a BAD idea to not stow your excess brake line. I stow mine, but once in a while it comes free.