It all started in July 2021 during the Head-Down 60-way record attempts organized at the beautiful dropzone of Brienne le Chateau in France. After 5 days of capricious weather, no jump could be made. The disappointment was great, because we were ready! The hard work of the organizers would have paid off.

But fate had not completely abandoned us because I was organizing a “French Mate” training the following weekend. The “French Mate” is an event that brings together high performance skydivers, made up of competitors, tunnel instructors and freefly coaches.

I then seized the opportunity to organize the first Head-Up Record in France with all these beautiful people.

The good weather was finally back, so after I finalized all the necessary steps to launch the first attempts, I naturally asked Marjorie Ricbourg from the SC420 association (the organiser of the big-way record in France) to join me in this new record attempt. The next step was to propose Karine Joly and Greg Crozier from Airwax Team to assist us in this new adventure.

It was then that the very first French 12-way Head-Up record was achieved – without training and with only one plane. 😎💪 Quite a consolation prize! and this is how the first chapter of the French Head-up records opened.

3 months later, another “French Mate” event – The Big Edition – was organized with more than 45 skydivers gathered at Skydive Cahors from 23 to 27 October 2021.

With the help of Anthony Bosc the ground controller of the zone we were able to reserve 2 Pilatus and a Supervan. A hell of a band of experienced skydivers were gathered with an average by participant of 3.300 jumps and 305 hours of tunnel time. Everything was in place to enlarge our previous Head-Up record and try at least a 20-way.

It was then that Marjorie and I embarked on stage 2 of the French Head-Up Record from October 28th and 29th.

We proposed to Airwax to join us in this 2nd chapter to assist us in the configuration of the figure and decided to complete the group by inviting some French rock stars. We set out on this record without an appointed coach because the participants were all equally competent.

We only had 2 days to try to break the 12-way record. It was short!

But, impossible is not French 😉

After a few attempts, the case was not that simple! With the help of our national Domi Kiger we have modified our formation to simplify the construction. We therefore chose to make a 6-way base and 3 pods of 5 people.

It took us 7 jumps without training to achieve this new record on the first day. On the landing of this magnificent sunset jump everyone knew that the challenge was successful, what a joy!

3. The cherry on the cake – 18-way 2 point Sequential Head-Down Record

After having wisely celebrated this new record with our friends, we still had one day of jumping as well as the judges and planes available. We could not expand the head-up formation due to a lack of available skydivers.

I naturally suggested that Domi Kiger take on a new challenge. A record for France Head-down sequential 18-way 2 points.

18 participants were ready to embark on this new adventure. With Domi’s help and a few drawings on a piece of paper, our training was ready.

It took us 3 jumps to establish the performance on board the 2 Pilatus and open the first chapter of the French Sequential Record.

A happy 2021 for the Freefly French gang

To conclude, in 3 months we were able to achieve THREE national records! After a very long time when luck had not been with us. What happiness!

I would like to thank all the people who supported these 3 projects:

For my part it was a great adventure and I am very happy to have been able to co-organize these 3 records with Marjorie. I would like to thank Karine Joly and Greg Crozier from Airwax and Domi Kiger for their contribution. Either way, this is just the start!

We have already scheduled the first French Head-up training to allow us to extend this record.

Noises from the corridors let us predict that the trainings will take place from 8 to 10 of 2022 July at Skydive Pujaut in the south of France! The Facebook event shouldn’t be long. 😎 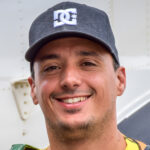