Tom Pagès achieves his dream, launching his motocross bike off a 135m cliff in a world-first stunt

I have lived a long time dream doing this moto basejump at the most beautiful place Avoriaz 1800. I started this project 2 years ago with my friend Vince Reffet and we made it happen with Fred Fugen.”

Frenchman Tom Pagès has never been afraid to push the limits of freestyle motocross and impose his own style. His latest outrageous feat saw the multiple Red Bull X-Fighters champion usher in the winter sport season in true style with a breathtaking double motocross front flip before deploying his BASE canopy and landing safely.

With the motorsport season winding down around the world, the winter sport athletes are busy ramping up for their respective disciplines around the International Ski Federation World Cup circuit.

Tom Pagès decided to bridge the two different sporting seasons with his audacious stunt in Avoriaz. The 36-year-old – who has five X Games gold medals, two silvers and a bronze – wanted to combine freestyle motocross (FMX) and BASE jumping in a thrilling world-first project that would see him launch a double front flip off an Avoriaz cliff, land with a parachute and ride away.

I enjoy skydiving in my spare time, when I’m not riding. I took it step by step. I started training in a wind tunnel, then skydiving in 2015 with the Soul Flyers – Vince Reffet and Fred Fugen. Next came my initiation to BASE jumping from a helicopter, then from a bridge on Reunion Island with Loïc Jean Albert. Afterwards I learned to jump from a cliff with Aurélien Chatard aka Bras Noir (Black Arm). I was petrified by the idea, but I couldn’t help imagining what it would be like jumping on a motorcycle. In 2020, I went to Dubai with this in mind, but COVID hit so everything was put on standby until March. Finally with the support of my sponsors and, in spite of the complexity of the project, I’ve had the opportunity to realise my dream.”

After a three-trick freestyle run on the pedestrian streets of the famous Alpine resort, Pagès shifted into fourth gear and accelerated up a seven-metre high ramp at 80kmph. (A standard ramp is 270cm.) Tom shot out over 55m from the cliff, doing a double front flip in the air then freefalling on his motorcycle before deploying his canopies for the landing 30 seconds later and 170m below. The bike had its own round parachute.

There was no better place for this than Avoriaz! It’s a magical spot: surrounded by nature, with wooden architecture and great infrastructure. The resort really lends itself to freeriding, and it’s the only place I found a vertical cliff face over 130m high. All the conditions had to be met, because we couldn’t leave anything to chance. Fred Fugen was by my side during the five days onsite to manage all the safety measures and help with my mental preparation. The hardest element to manage was the one you can’t see in the video: the wind.”

BASE jumping with heavy motorcycle equipment (helmet, boots, and protective gear) reduces the field of vision and blurs ground markers, so Stéphane Zunino specifically developed the parachute for the motorcycle with a manual release integrated into the seat.

It’s a career-defining project: combining the two universes that I adore, FMX and parachuting in the same performance. It’s also a life-defining one, mixing influences in order to surprise people and showing up where they least expect it. For a freestyler like me, creating isn’t just inventing a new trick, it’s following through on an idea, whether a physical or technical challenge. Inspiring people showed me the way. That’s always been my motivation and I want to encourage others to push their own limits. My thoughts are with stuntman Alain Prieur, who I admire enormously, and parachutist Vince Reffet, my friend who I miss dearly.”

Check out what other Red Bull athletes have been up to 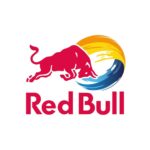 The Red Bull Content Pool is the global B2B self-service media & news platform for press, journalists and business partners. We offer photos, videos & news about our Red Bull events, partner events and athletes – all free and with all rights cleared for editorial and news purposes.

On the Red Bull Content Pool you can find global news, exclusive interviews, more than 300,000 high-quality photos and over 22,000 HD videos, from thrilling sports to lifestyle, and from culture to ground-breaking photography.