These may be the three most dangerous words we speak…

While many glamorize the idea of never giving up as a position of strength and determination, it may very well lead to undesirable consequences.

We all have a “Plan B”. Even on the best day, doing what we love can take a turn for the worse, and relying on our reserves instantly turns a disastrous situation into a live-saving moment to remember.

”Never give up” This is not sound advice. It is bad advice. You must give up when there is no point in continuing. Then begin a new course. There is no greater failure than not changing course when the time is right to do so!

I still vividly remember my first cutaway. I had pulled my toggle through the excess creating a knot around the keeper (photo above). I wound up in a left turn. After attempting to fix it with no good results, I looked at my altitude and position over the ground, then proceeded to my EPs at 2,800 feet. No second-guessing, and landed safely under my reserve without injury.

After this, I started to receive negative criticism from a few other jumpers in the vein of “Are you scared? I would have landed that!”. As I had posted this online later that day, I began receiving comments and messages to the same effect. This is an issue that grows with the ability to voice our opinions freely on social platforms for all to see.

This is a major safety issue I continue to see almost daily; too many on the sidelines at the DZ, or online, will voice their ideas on what you should have done. The worst of them being, “I would have landed that!”

Never in my career have I heard anyone say “That person is such a pro, they land their mals!” What I do hear is “That person tends to make really bad decisions. Be very careful around them.” It is easy for us to want to voice our opinions from the sidelines on how to have handled a mal, or what is something we would keep and land. It’s especially dangerous when these opinions are presented in a way of ‘talking down’ to the person as if they made the wrong decision by going to EPs.

Psychologists have found that many people who give unsolicited advice as to what you should do, based on what they deem best, are typically doing so from a point of inflated ego. This advice will typically come with a delivery to make you feel inferior to the giver. They feel as though they have a skill level higher than most, and want the validation of the community around them. These types will tend to openly offer advice to get others to follow their way of doing things. This, in turn, furthers their delusion of grandeur.

The truth of it is – when it comes to your safety and life, if you have made the decision to give up and cutaway your malfunction to land under a good reserve, that decision was the right one for you. Are there many ways to clear a multitude of nuisances? Sure! Does it mean that in the moment, that is what is best for you? Not necessarily.

As a community, we need to look at the advice we give and how our advice is delivered. Advice should never be given in a negative manner or to make others feel belittled. Rather, we should have an educational conversation of the situation, the actions taken, and the outcome. Many of us have various ways of handling different scenarios, and if approached for advice, talking with people in an environment of learning different ways of handling problems can be beneficial.

This environment should be one of positivity, by commending them on handling a malfunction that led to a safe reserve landing, and then offering comradery by discussing how these same issues were personally solved in the past. This tends to lead to further willingness to learn and excel, leaving them with the newly-acquired knowledge to build upon. If they feel more confident in the decisions they have made, then they are making the right decision for them.

The fact is, if someone is having a malfunction and they decide to get rid of it and land safely under their reserve, then kudos to them for making a good decision! Taking a negative approach and pushing your opinion on anyone can lead to problems for that person but you don’t have to deal with the consequences. These types of conversations and brash criticisms lead to people making bad judgment calls which could put them in a very dangerous or deadly situation. These can lead to riding mals in, low cutaways, 2-canopies-out, and so much more.

If someone performs improper EPs or creates a dangerous situation, it’s a great idea to approach them for a conversation in a positive way of learning to improve their safety as well as ours. As a rule, no skydiver should ever be made to feel they did something wrong by getting rid of a malfunction to go to a safer option. We call it your decision altitude because it is solely your decision.

Routinely practice your EPs on the ground, in the plane, and always expect the unexpected. 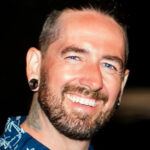 Christian Cody, based in Southern California, Is a sport/military instructor with Flight-1 as well as a pro canopy pilot and examiner. As a full time instructor and competitor, his focus is on safety along with advancing knowledge and curriculum in our sport. You can reach him by email (click 'email me' tab or use christian@flight-1.com) ... or at the Flight-1 website.