Garrett Mullen shares his malfunction video, and explains what he did wrong, so others can learn…

Sooo I know I made SO many mistakes on this jump! This happened when I was still pretty fresh on bigger wingsuits. I put this footage up so others may learn from my mistakes.

After pulling lower than my designated pull altitude, I experienced a main parachute malfunction, in which I encountered several line twists.

Instead of immediately fixing my malfunction and manipulating my risers for heading control, I chose to ignore my training and instead adopt a fellow jumper’s questionable emergency procedures in which you release your legs from the leg wing first and then attempt to kick out of the line twists.

HORRIBLE IDEA, DO NOT TRY THIS!

I ended up releasing only one leg while the other was still left inside the wing. This caused the right side of my leg wing to inflate unevenly which caused me to spin up even more line twists.

Luckily I clear the line twists in time and land uneventfully near a warehouse.

I’ve learned a lot since then.

Stick to the emergency procedures (EPs) you were taught and practice/visualise your EPs so they are second nature. 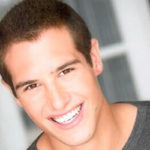