An exciting project to promote and celebrate our sport is under way and gaining momentum.

An International Skydiving Museum is  in the pipeline, with the aim of showcasing skydiving and its rich history.

There has been a lot of recent progress toward getting the International Skydiving Museum & Hall of Fame built and open. First, an excellent site for the facility has been purchased. It is in what’s called the “tourism corridor” that is fueled by the numerous Disney attractions in Orlando Florida. The 1.84 acre (3/4 hectare) parcel fronts on a state highway that has 60,000 vehicles drive by daily. The site is 3.9 miles (6.3 kilometers) from the entrance to the Disney attractions. You can locate the site on Google Maps here or by searching “Future home of International Skydiving Museum & Hall of Fame.”

The next, really exciting, development is that the second wingsuit wind tunnel in the world will be next door to the Museum & Hall of Fame. Indoor Wingsuit Orlando is on track to start construction later this year. They state that the tunnel will be bigger that the wingsuit tunnel in Stockholm with a longer flight chamber, allowing for more types of flying. In addition to experienced wingsuiters, non-wing suiters, non-skydivers and children will be able to fly in the tunnel using a coach-assisted harness system. First-time and experienced flyers will be offered the option of wearing virtual reality goggles to simulate BASE jumping and proximity flying.

On the other side of the museum site is a lot that will accommodate a vertical wind tunnel. Parties interested in locating a tunnel next to the International Skydiving Museum & Hall of Fame in a market that gets seventy-five million tourist visits annually are encouraged to contact the museum. Beyond the vertical tunnel site is a 1-billion dollar development called Everest Place which presents itself as the largest master-planned community in Orlando. The developer reports that the project will include three hotels, condo towers and apartments.

Recently the architects and exhibit designers for the Museum & Hall of Fame were selected and engaged. The architectural firm is HuntonBrady Architects. They are an award-winning firm based in central Florida that has been in business for seventy-five years. Their projects include museums and facilities for NASA. Dimensional Innovations is the exhibit designer for the project. They are also an award-winning firm that is Dimensional Innovations, located in Kansas City, Missouri specialize in exhibit design and fabrication. They have designed the exhibits for numerous sport museums and halls of fame.

The Museum & Hall of Fame will promote and celebrate skydiving by presenting the history of the sport and featuring all that is currently taking place in skydiving. All disciplines will be presented with the history of parachuting going as far back as the tenth century being included. Economic and attendance projections done by an analysis firm specializing is museums state that the great majority of visitors to the museum will be non-skydivers. That means the exhibits and experiences provided will need to be intriguing to people who have never jumped, while also informing experienced skydivers.

The content of the exhibits is coming together. Some exciting elements are under serious consideration including a 360 degree immersive theater, a simulated ride to altitude in a jump plane, a variety of virtual reality experiences and possibly a suspended actual skydiving aircraft with mannequins of fully geared jumpers in the floater step.

The project leadership consists of a Board of Trustees composed of twenty prominent members of the skydiving community. Among the Trustees are four world champions, four national champions, the current president and a past president of the International Skydiving Commission and an executive director of the Fédération Aéronautique Internationale (FAI). You can find a listing of the Trustees here.

In addition, 59 prominent and well-regarded members of the international skydiving community serve as Trustees-at-Large for the Museum & Hall of Fame. In that role, they provide support for the project in various ways. Just a few of the museum’s Trustees-at-Large are Henny Wiggers, Eliana Rodriguez, Patrice Girardin, Dieter Kirsch, Dan Brodsky-Chenfeld, Patrick Passe and Kate Cooper-Jensen. The full list of the Trustees-at-Large is here.

The money to build the Museum & Hall of Fame has come almost entirely from the skydiving community. Much has come from the industry, manufacturers and drop zones. Most of the funds have come from individuals. Gifts have ranged from ten dollars to over one million dollars. Substantial support has come from skydivers who have become Museum Ambassadors. Each Ambassador has donated $5,000 USD by making monthly payments, annual payments or a one-time payment. So far, 185 people have become Ambassadors. A full list of Museum Ambassadors is here along with information on how you can become an Ambassador.

In addition, many people have chosen to put the museum in their wills and estate plans. If you are interested in becoming an Ambassador or discussing a larger gift, reach out to the Museum Development Director Jim McCormick by email, here.

The next steps toward getting the museum built and opened are completing the design of the building and exhibits. Then plans will need to be reviewed and approved by the municipal agencies. Contractor selection and bidding will come next followed by construction. Along the way, it will be necessary to sell the land in Fredericksburg, Virginia that was at one time considered as the site for the museum. In addition, more money will need to be raised. We encourage you to be part of that effort and this amazing project.

Skydiving has been a sport that has changed the life of so many people, including mine. The skydiving community is so rich with amazing people and incredible stories. The Museum & Hall of Fame will be a place that will keep the history and these memories forever. It will continue to share the journey of this incredible sport with generations to come. I believe it will inspire many to join this skydiving community that has given us so many gifts, and will help the sport continue to flourish.

Thanks to the efforts of the International Skydiving Museum and all the people involved, our history is not lost and our stories will be told. I am very grateful!

It’s super important that this gets built for people to be able to go and see the history of our sport because we’ve done some incredible things, and it really needs to be out there for the public.

The International Skydiving Museum is one of the most important things that our sport can give us because it keeps our history and our past alive and it keeps educating our future.

I choose to support the Museum because just hearing stories about skydiving history is not enough. I want people to see, touch, and almost experience what our predecessors did to make the sport what it is today. Every great story has a beginning and we need to remember and celebrate ours. I am proud of our skydiving heritage and believe the museum is the only way to really showcase it. 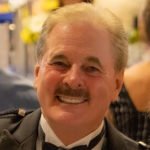