…in the safeish of ways


Of course, in the sport of skydiving I learned rather quickly to keep that to yourself unless you wanted to automatically be deemed reckless, with a death wish. This didn’t bother me, i have been in dangerous sports like Racing Superbikes and Porsche GT3 cup to know that anytime you pursue something different or a tad more risky the peanut gallery is right behind you with their 2 cents. Just remember, they ‘re behind you.

I quickly chased my dream of base jumping completing roughly 240 skydives in 10 months, practicing canopy skills, learning to fly tracksuits and wingsuits. I was on the hunt for my first base jump and i was so close i could taste it. Three months before my first jump it was really keeping me up at night. I watched video after video, both of jumping and the BASE Survival Talk by Douggs over and over. My entire skydiving was kind of an awesome blur because I treated most of every jump as if I was practicing for something in BASE. I was looking into many First Jump Courses (FJCs) to finally pull the trigger and it was kind of a daunting decision. Do I go with the one who has the best Youtube profile, with a Manufacturer, a Friend, or a Pro Superstar? I knew better than to make the decision on my own so i sought out advice from my local Dropzone Base Ninja. He has been in the sport for a long time, and has many, many, successful jumps so I knew his recommendation was worth his salt. He recommended ID-Base Sean Chuma and I immediately signed up for his next available class, sent the money too early and it was obvious I was more than excited. This is what I had been dreaming about!

I flew in a day early right in to Twin Falls and immediately checked into the hotel and went for the landing zone. it was pretty funny because the entire landing area was not even half the size of my local drop zone’s “1,000 jumps or more” area. I was already nervous and then I looked up at that beautiful bridge and thanked God for the man who built that sexy son of a bitch we call the Perrine. I was so focused on jumping that it was almost like i couldn’t talk or hold a conversation because my mind was so filled with what was going on in the days to follow. It was ON!

The next morning we were instructed to meet Sean in the lobby to start going over our itinerary. Upon meeting him I kinda had a strong connection with him off the bat. He cared about US, and he cared about the future of BASE, we were instantly apart of his family. He told us very seriously to start preparing weeks in advance; packing, mentally, and physically. I think each of us 4 guys had over 30 practice pack jobs each and we came ready to rock. He wasn’t the kind of Rambo Base Warrior that told us in the first sentence we are all responsible for our own actions so whatever happens it’s on you and then leads us into shit conditions and says, ‘here you go’. Sean taught us the fundamentals of good decision-making, he taught us about longevity, and he taught us about safety and listening to our intuition.

After he checked all of our pack jobs and rigs we headed out to make our first leap. He would PCA (Pilot Chute Assist) us and then we had canopy drills to go over to the landing area properly. We walked out to the bridge and we went over all the local wind markers, landing zone objects; what was good, what was bad, and what was a no-go. We had the most perfect weather literally all 4 days, it was a miracle. Obviously we all have our ideas of what base jumping is and feels like. If you close your eyes and think about it you will usually see some Ninja flipping from the building at night to some rock music in the background and even just watching your heart rate increases. I thought that as well, until I made my first jump.

Sean, with a grin on his face asked, “Who wants to go first?“. Before anyone could even have time to respond I said “ME, let’s do this”. Not because I was a fearless animal but because I was about to have a heart attack and if I saw one person jump, my nerves would have shot through the ceiling! He gear checked me and gave me the high-five and said, “Here we go”. I threw my leg over the rail and I was literally trembling from my head to my toes. I was death-gripping this rail, and for the first time I felt what base jumpers talk about. It’s so cliché to say but it really isn’t adrenaline. I can’t really express into words what it is, besides straight fear in the worst way. I turned around ready to jump and my mind was running though every carnage video I have ever seen, I was convinced I was going to die, in the most drama queen of ways. I committed to it and said the famous line, “3,2,1….See ya”. My feet left the bridge and my mind truly discovered the high of overcoming the most convincing of fears you will ever experience.

My canopy came out… I was at a loss for words, and oxygen, and before I knew it I was in the landing area – weak at the knees and speechless my mind and body wondering what the hell did we just do, and how fast can we do it again. It was at this very moment I truly realized why BASE jumping is the greatest sport of all time.

We did five or so PCAs and then handhelds (pilot chute in hand). From their we went to fully stowed and you begin to feel like a real base jumper. Performing riser turns, helicopters, object avoidance maneuvers; it was a blast. We progressed based upon how we performed, not off a cookie cutter outline and by jump 13 we were sailing from the rail and diving board, accomplishing things most students never get the chance to because they either weren’t prepared physically and mentally or the weather wasn’t cooperating. Sean taught us and believed in us so genuinely that we truly felt confident in accomplishing more things above and beyond the status quo. The most valuable quality as a mentor and teacher is to bond with your student and teach him at the rate that suits him best. That’s the meaning of what a BASE FJC and Advanced Training should be. If you follow a set plan and get about 10 regular jumps in, in no way shape or form can you honestly send your student out into the world and say yeah, have fun! I understand the whole responsibility is on us garbage but our first jumps and who we look up to is critical in the growth and safety of our sport. Sean taught us to be brutally honest with ourselves and our abilities and if you didn’t have the experience, seek him out or a mentor because we have our whole lives ahead of us in this beautiful sport. We learned about choosing who we jump with and the sacrifices we should be willing to make and if we weren’t willing to make those sacrifices for that person we shouldn’t be jumping with them.

This is how we protect the longevity of our sport by intelligent decision-making and keeping the sport of base jumping as a whole, a top priority and responsibility spread out among all of the athletes that make it up.

What is BASE Truly About?

The conquering of your mind and all its doubts is the most addictive moment in a base jump because you truly can’t capture that moment anywhere else. The freefall feels like an eternity of bliss and total spiritual awakening and the canopy ride is shocking you back into the sharpest of decision-making you have ever experienced. These feelings never go away because your fate is always on the other side of a wrong decision. Every jump is just as intense as the last one with something always a little different. Base jumping is more than the jump, it’s climbing out of the beautiful valley with your brothers and sisters, some who you don’t even know but you all took that leap so we are all equal. Unlike the skydiving community where the belly guys, the freefly guys, and the wingsuiters are all silently looking at each other like a segregated high school hallway, all in good fun, BASE jumpers treat everyone the same. It didn’t matter if you rocked aerials, did some 5 way or just straight jumped for the third time in your life, we all cheered everyone on with the same passion. I became part of a family that hugs each other when they see you, genuinely tells each other they care about them, and then plans for an awesome day of epic jumping. It was the most unbelievable community I have ever been apart of. I learned that all the videos I see are totally cool and we have some amazingly talented people among us, but the most fulfilling and special part of this sport is what happens off camera and in your soul. This is BASE Jumping and to be honest it’s the best kept secret around.

I love the fact that everyone who is a critic of base jumping has never and probably will never experience something so awakening inside.  Let them think about the videos and carnage because all of what they see is part of the picture and what makes our sport what it is. If the risk to them doesn’t make sense and they don’t enjoy it, you should immediately stop jumping for God’s sake.  This sport is deadly and even more deadly with the wrong people pursuing it for the wrong reasons.  But I truly believe the reason most of us are neck deep in the pursuit of the perfect jump is because of how it makes us feel inside, not what you see on YouTube. 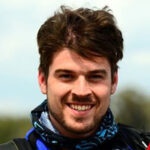