We had the vision, the vibe and a very catchy hashtag to keep us soaring through an amazing women’s weekend over the stunning coast of Western Australia.

Our small community of female skydivers had achieved a 27-way Western Australian record in 2000, and the national record for women stands at 47, set at the super-successful Skysisters event 14 years ago. It seemed about time a new women’s record should be set and a sequential record seemed like the best way to go. It could be done with one C208 at a regular DZ over a couple of days. That is if the stars all aligned.

I sold it as a training event with the chance of making a record. I appealed to the ladies that were thinking about the Project19 event explaining that the FS big-way methods were relevant to them and could be applied to all orientations. This event would be a great foundation to build on.

The line-up was a mix of shapes and sizes, ages from 26 to 60, two women with under 100 jumps, and half of the group were usually doing vertical. What could possibly go wrong?

With two coaches to work with the ladies we started with a two point 7-way and 8-way. The moves were the same as would be flown in any larger formation. After only one jump the coaches decided to move up to a 2 point 15-way.

Things didn’t go totally to plan, of course. We had a grip change and poor timing on an early attempt, a brain fart on lodging paperwork, and a pretty decent funnel. But every challenge was quickly solved and the exuberant team of women did us proud. A national record 2-point 15-way was achieved on the third attempt.

In celebration we added another lady and at the end of the day we attempted an ambitious 2 point 16-way which included a 14-way star as the 2nd point. The first point built nicely but the 2nd point just didn’t build level enough to be successful.

Close out on the first day had the ladies asking to be further challenged. Building on the 2 point 15-way they wanted to go for a 4 point 15-way. Two attempts were made but neither got close.

To finish off the event we wanted to have some fun. So we invited two males to jump with us, the DZ owner and a senior instructor who is an Australian Champion in FS. We decided to go for a 16-way star that was to be free built. The challenge was to build it fast and on level. It wasn’t the prettiest build and it broke several times but each time the ladies showed discipline to drive in and rebuild it. What a great way to finish a spectacular weekend!

In the end, we knew we’d pulled off some remarkable achievements. But we were blown away by the media interest in our little video clip. Jurien Bay is a pretty coastal town, and the video found its way to news sites throughout the USA and Europe. And the ladies have asked if this could be an annual event. 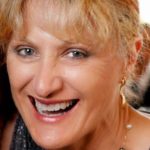 UK born, Australian. Shirley has been jumping for over 20 years and is the holder of Australian, POPs and Women’s World Records in large and large sequential FS. She is a Western Australian Aussie Bigways Leader and Mentor. She has also held positions on the Board of the Australian Parachute Federation and was awarded an APF Service Award for her services in coaching and the administration of skydiving in Western Australian. In 2018 she was the inaugural recipient of the Kim Hardwick Trophy for the WA Female Skydiver of the Year.