Supposed to be Grounded

I wasn’t supposed to be on that record. I was grounded by Elsinore the week before. The DZ’s had a reciprocal trade agreement by phone so you would be grounded in both places.  They forgot to make the call.

Rich Piccirilli, 1972 24-way world record holder at Skydive Perris, and participant of the re-creation of the jump in 2019

After 47 years, we believe this is out of the statute of limitations and we can share Rich’s story!

Were you jumping in 1972? If the answer is yes and you are still jumping today, you are one of very few. Almost half a century has passed since 22 men and 2 women made history at Skydive Perris. The dropzone is known for being the host of several world records (they just set the 130-way 2-point total break there on 14 October and several World Canopy Formation Records). Even in the seventies, jumpers would go there to achieve what hadn’t been done before.

Rich Piccirilli was a young 24 year-old at the time, and with his 1,357 jumps, he was already a pretty experienced skydiver. He and Stan Troeller are the only ones on this formation still jumping nowadays, 47 years later.

“I was grounded by Gary Douris at Elsinore the week before for 30 days. The DZ’s had a reciprocal trade agreement by phone so you would be grounded in both places. Gary forgot to make the call!  I slinked onto the 4 attempts, hiding behind trees and boarding the planes last.  Everybody knew I was grounded but nobody ratted me out. True friends!

“On the first attempt, Joe Faulk’s reserve opened prematurely, and when Mike Roberts broke grips, he ended up with Al Kruger’s prosthetic arm in his hand!  Luckily, Mike landed with it and returned it to Al on the ground!

“Second and third attempts also had their issues, but the fourth load was the charm!  It was like an Alfred Hitchcock movie, waiting for Norm Frazier to dock last in slow motion.  We did it!”

“Within weeks, we were all on the TV program ”I’ve Got a Secret“ with Steve Allen (Youtube ‘I’ve Got a Secret (1972) Alan Alda’ for a great moment of television),  having the players guess what our secret was… “We sky-dived in the world’s largest free-fall formation”

When the International Skydiving Museum asked Skydive Perris to re-create the jump during the Hall of Fame celebration event in October 2019, having 71-year-old Rich on the jump was a no-brainer. He was happy to join 23 other skydivers for a new 24-way star, only this time it would be out of Twin Otters, along with his friend Lynn Fogleman, who was lurking for a slot on the record in 1972 but hadn’t made the cut.

Music: Audiomachine Edit: Celine Pelletier, George Katsoulis. Thanks to Rich Piccirilli and Randy Forbes for the original footage, the photos and the stories! 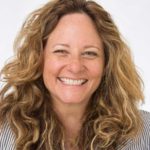 Céline Pelletier
Céline started skydiving in 2009 in cold Quebec. Since then, she accumulated tens of national and world records (FS) and moved to sunny California, where she works at Skydive Perris as the Marketing Manager. She also is a USPA certified skydiving coach and has over 3,000 jumps. She is the bride in the famous red heart jump that got February in the 2017 USPA calendar.